Gold Needs to Reverse Soon if It is Going Higher

If gold breaks below 1445, stocks may move higher because of the inverse correlation. 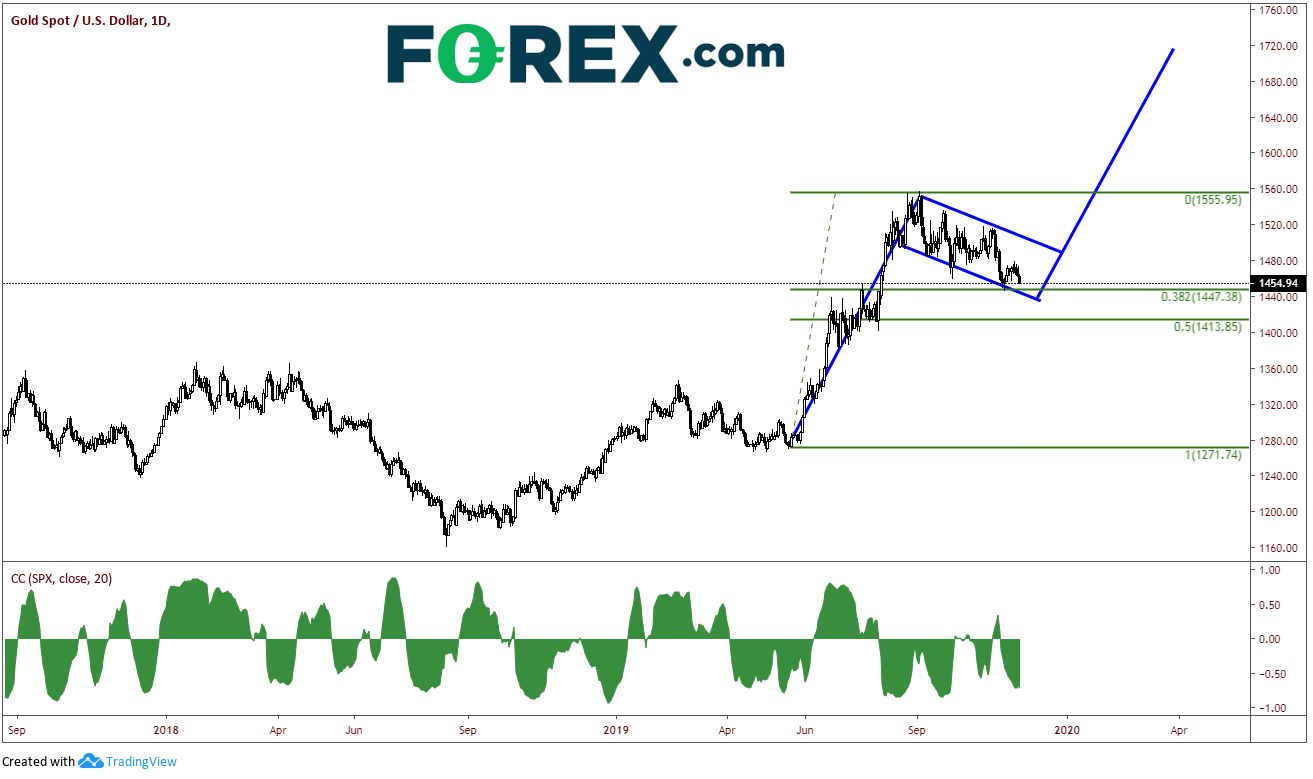 The price of gold in the spot market is near 1455.  On September 3rd, it traded as high as 1555.76 before pulling back in a flag like formation.  Price is near strong support at 1445. This level represents horizontal support, trendline support from the bottom of the flag, and it is the 38.2% Fibonacci retracement level from the lows in late April to the highs on September 3rd.  If price closes below 1445 on a daily timeframe, it may be likely to travel down towards 1410.75, which is the 50% retracement level of the previously mentioned timeframe.  If gold does break below 1445, stocks are likely to move higher because of the inverse correlation.

If the price of gold holds the 1445 level and begins moving higher, it could trade out of the flag formation.  The target for the flag is near 1715.  However, on the way to the target price, must first break through the top of the flag near 1490. The next resistance level is  the highs of September 3rd at 1555, which is also near horizontal resistance from 2011-2013.  If the target is achieved, the next level is near 1797, which is a triple top and old support, also from 2011-2013. 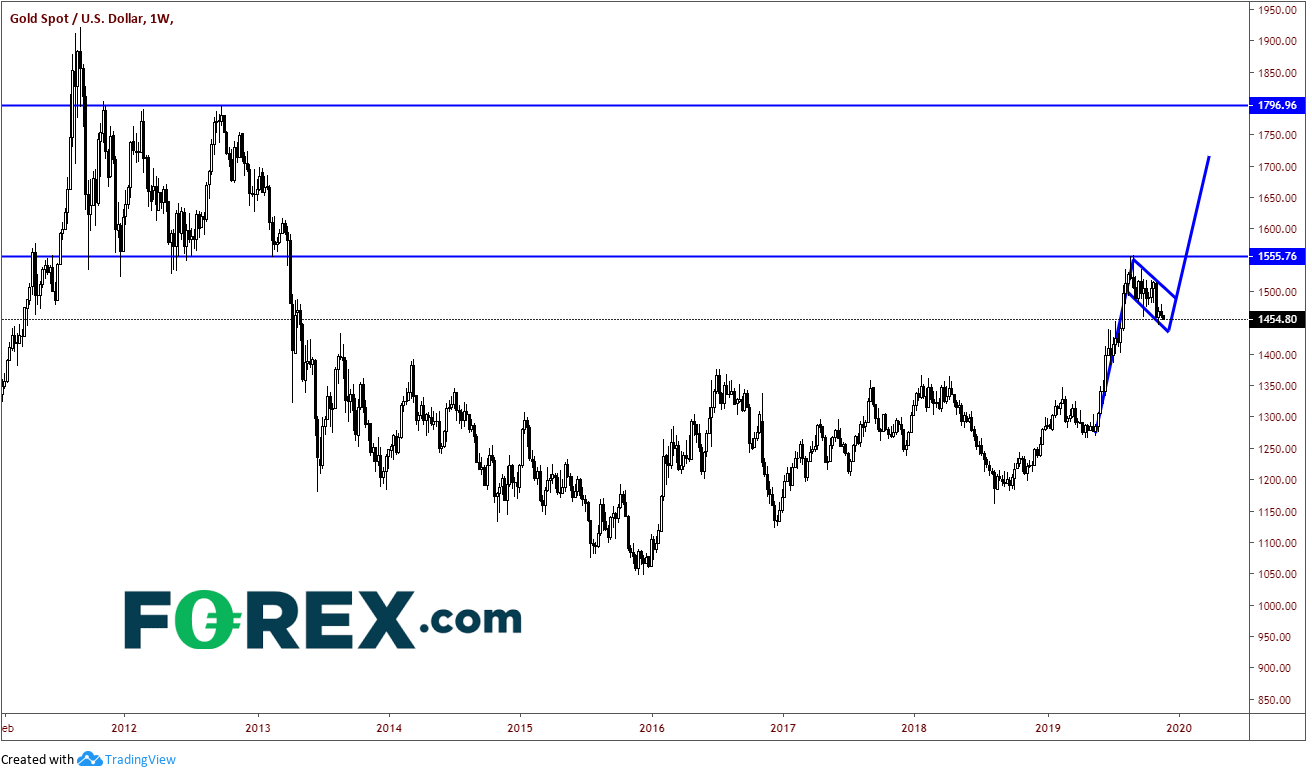 However, just remember that if gold trades up to those levels, stocks theoretically will be much lower.