<p>Gold continued to be weighed down along with other major commodities on Monday despite persisting weakness in the US dollar and lowered expectations for further Fed rate hikes.</p> 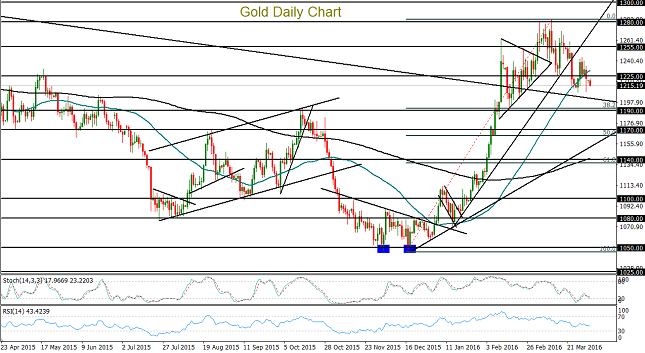