Gold has been falling sharply of late, dropping by a good $50 in the space of nine trading days. At the time of writing, the yellow precious metal was trading around $1257, its lowest level since December 18. 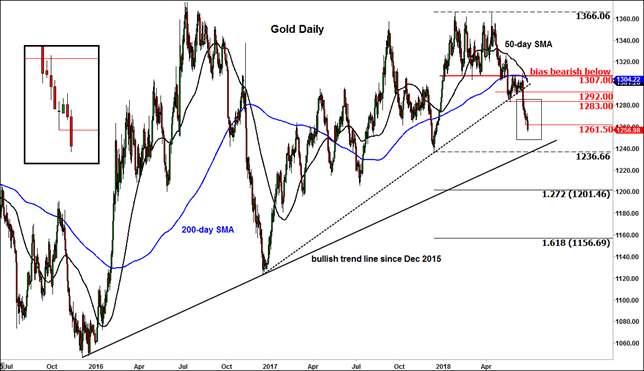