Gold has extended its losses from Friday after trading flat on Monday. 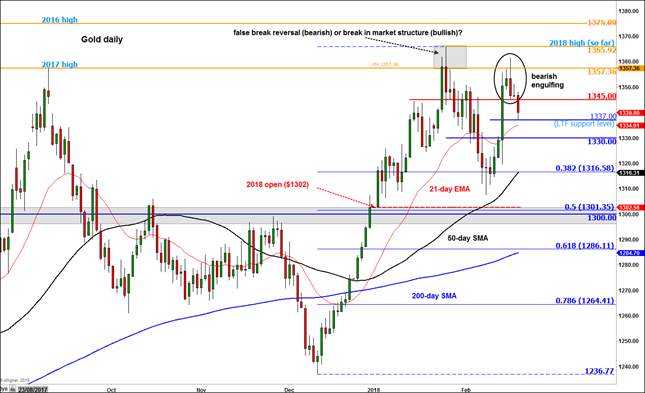