Gold turned positive after initially dropping to its lowest level since August 8 in reaction to a weaker-than-expected US jobs report. The dollar’s initial gains evaporated as market participants made a more sober assessment of the jobs report and realised that the sharp rise in average hourly earnings may have been driven by a sizeable drop in low-paid and hurricane-hit jobs rather than an actual rise in earnings. 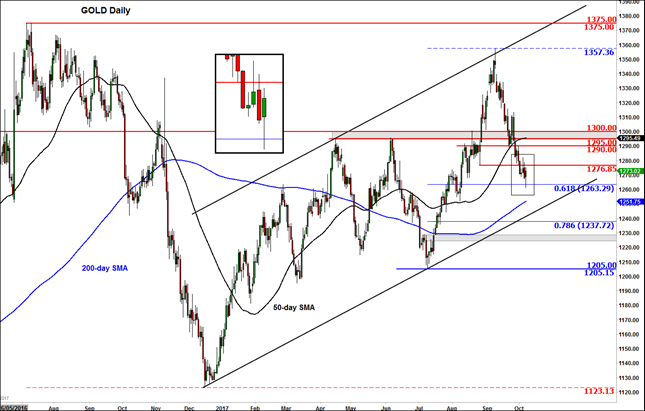