GlaxoSmithKline shares will be in focus this week when it releases its latest set of results, with investors also watching for news on its coronavirus vaccine and separation plans. 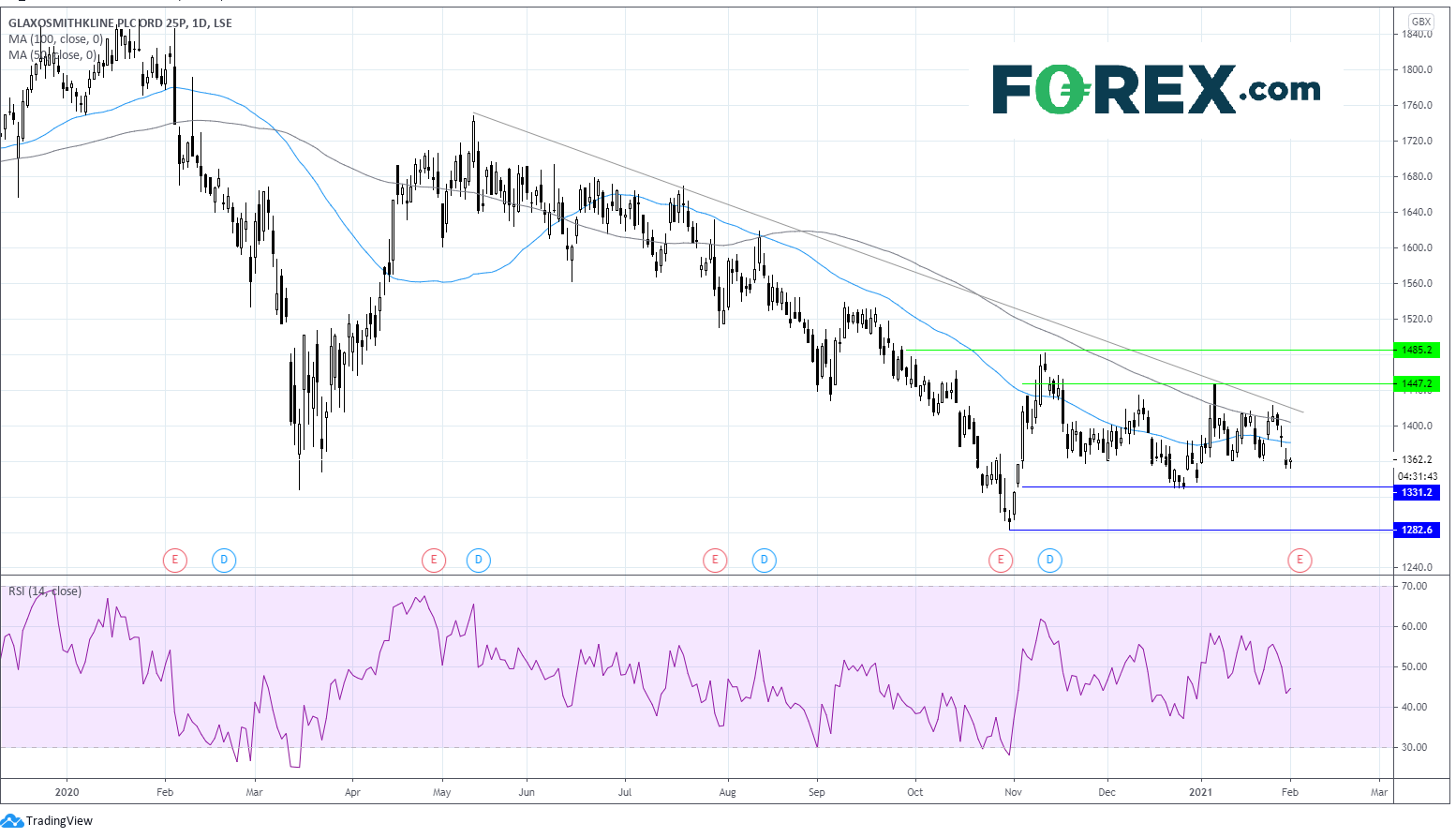