A new upmove seems to start, What's the resistance level?

Hong Kong 50 Index CFD has a dull session during December as the index remains trading within the range of November. Currently, Hong Kong market rebound, lifted by the technology sectors, as the market digested the news of monopoly investigation of the largest technology company.

Technically, the index, as shown on the daily chart, has broken above the flag pattern, indicating the resumption of the previous up move. In fact, the index is still supported by a rising trend line and the 50-day moving average. 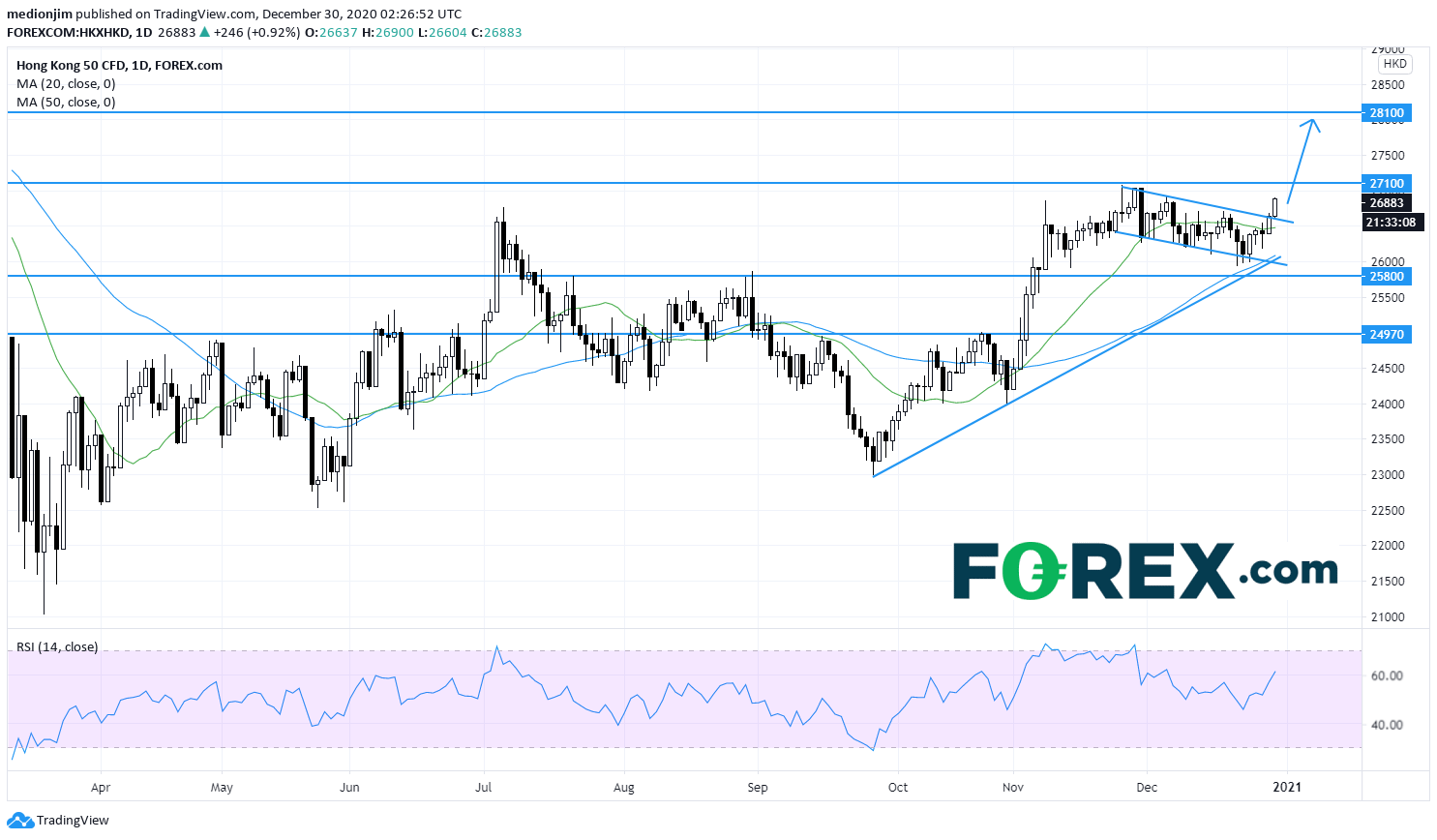