Hang Seng Index: Gap Up and Breaks Above an Important Declining Trend Line

The Hang Seng Index rebounds around 9% from September low, while China's Shanghai Composite Index bounces 3%. It suggests that the short term momentum of the Hong Kong market is stronger than the China's market.

Bullish readers could put the nearest support level at 24500 (the gap occurred on November 3), while the resistance levels would be located at 25850 and 26780. 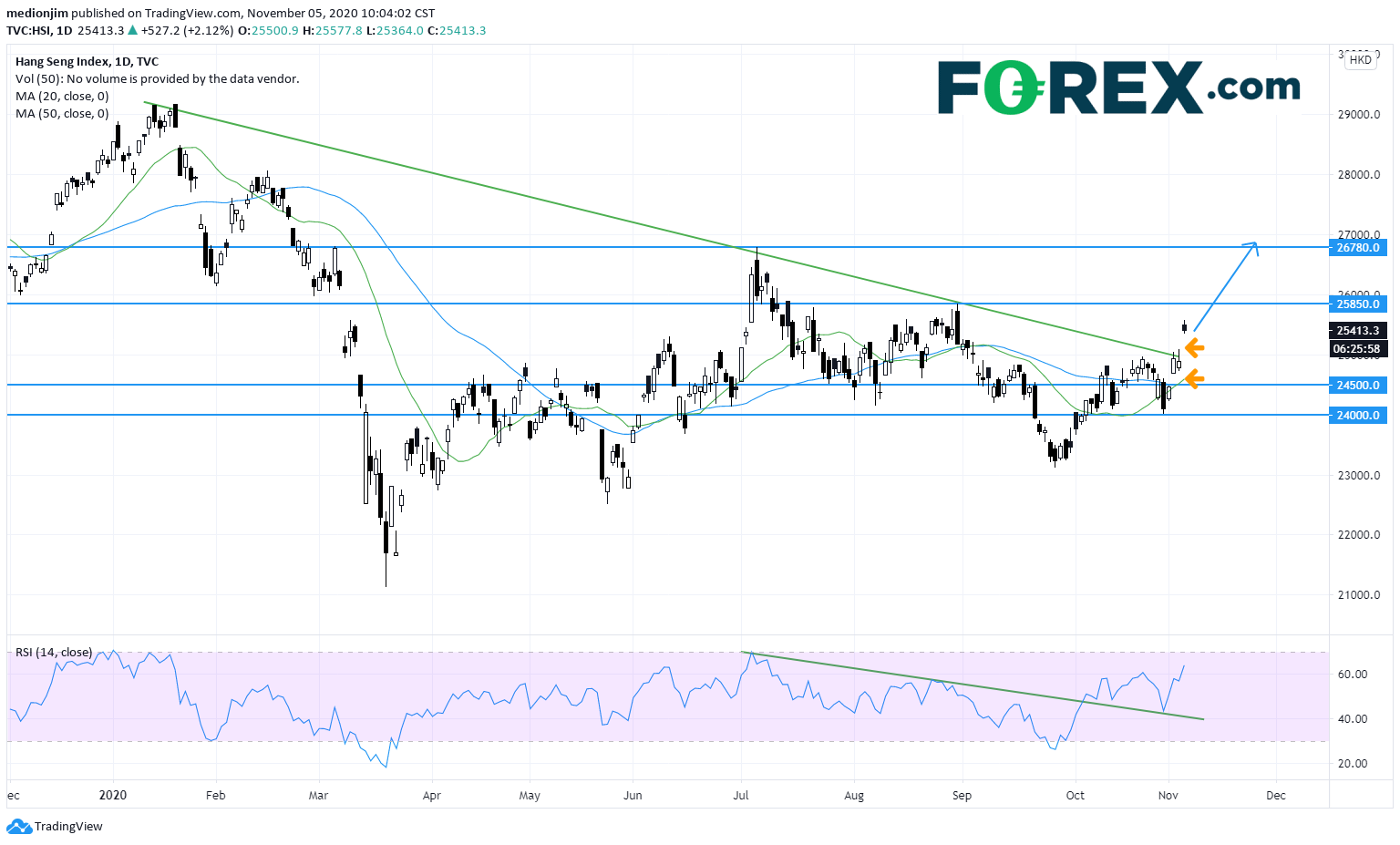