Whilst both indices have fallen around -5% over the past week, the Hang Seng retains the more bullish structure of the two.

Whilst the Hang Seng produced a textbook breakout from a flag pattern last week, bulls failed to retain control and the index rolled over. Clearly this has invalidated the pattern but and has been a setback for our bullish bias. Yet we have not lost sight of the fact that a double bottom occurred at 22,665 and the rally from its was strong. We therefore see recent declines as corrective against a bullish move and are now seeking a swing low.

The fact that yesterday’s low found support at the 61.8% Fibonacci retracement level is constructive, as is the fact it closed on the upper trendline of its (now broken) bearish channel. Futures markets are pointing to a higher open so we would take a break back above 24,100 that a swing low has formed, as this closed a gap and also breaks above the 50-day eMA. 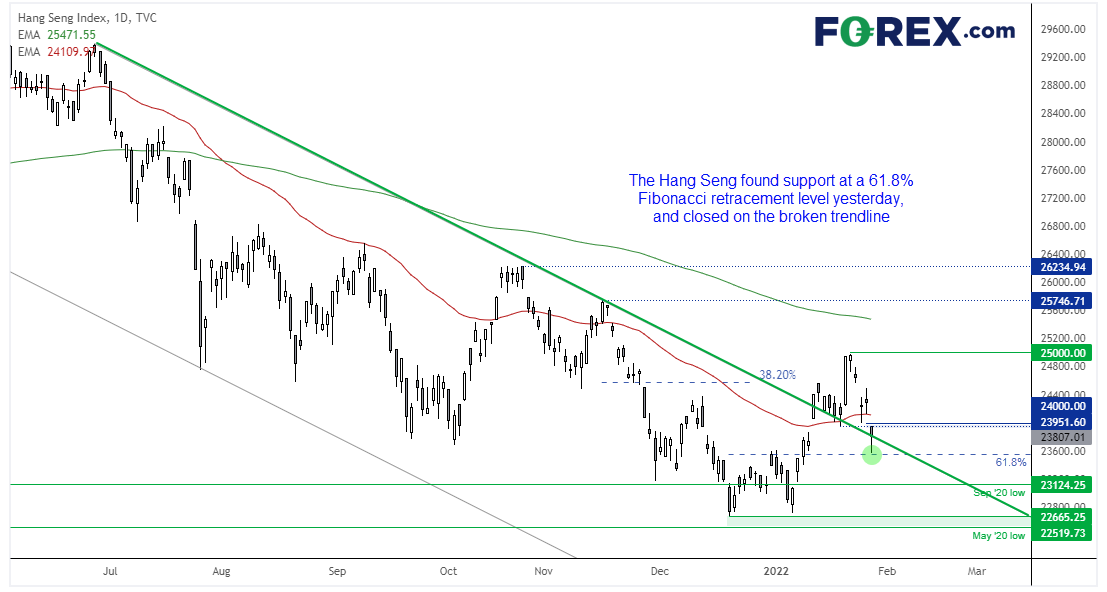 The Nikkei has clearly been the underperformer when compared to the Hang Seng. Its breakout form the bearish channel remain very much in play and projects and eventual target around 24,500. However, like the Hang Seng it shows the potential to move higher, at least over the near-term. 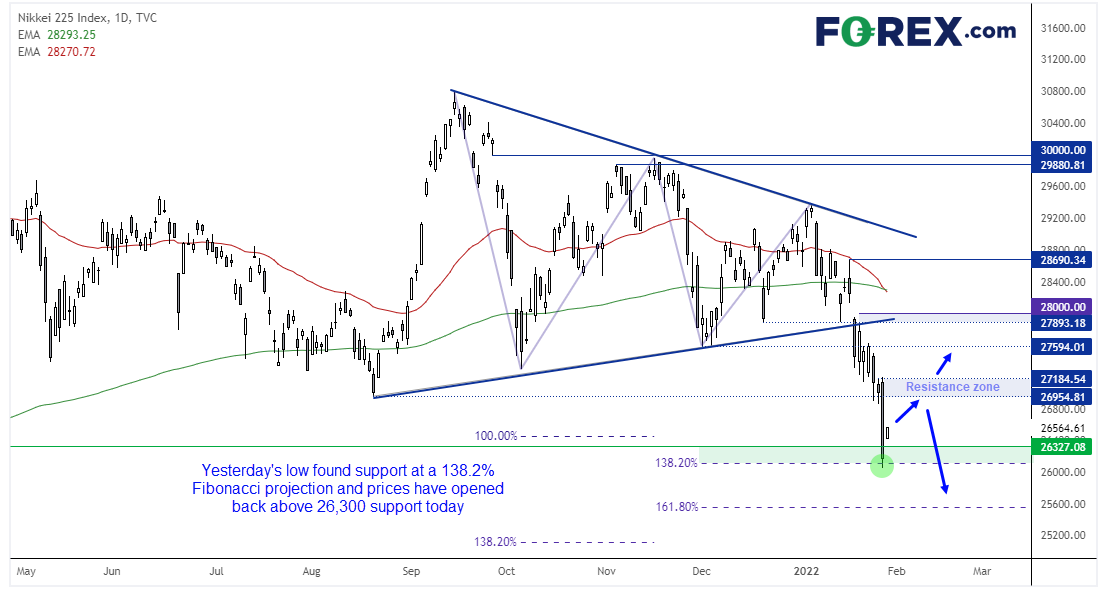 Yesterday’s low found support near a 138.2% Fibonacci projection and the cash market has since gapped higher and opened back above 23,327 support. This leaves the potential for a minor ‘sympathy’ rally towards the resistance zone around 27,000. Should that cap as resistance we would then revert to a bearish bias and seek suitable setups whilst prices remain beneath 27,184. A break above yesterday’s high warns of a deeper countertrend move towards 27,600. Whereas evidence of a lower high around or below the resistance 27k resistance zone warns suggests its ‘sympathy bounce’ has run out of time.