Has EUR/USD formed a base?

It has now turned positive on the week, rising above last’s week low in the process.

This therefore suggests that the bearish-looking weekly candle (inverted hammer) from the week before may have been a bear trap.

If this is the case, rates ‘should’ now go above last week’s high (1.1730/5) as that’s where the next pool of liquidity will be resting.

What happens thereafter will depend on many factors, including economic news and sentiment at the time.

But for now at least, the path of least resistance looks to be to the upside again.

This bullish view would be invalidated however if rates were to go back below that 1.1530 level.

Fundamentally, this week’s upcoming data from the US, including Friday’s all-important jobs report, should have a big impact on direction. But we continue to think that the dollar may be due a correction as most of the positivity should be priced in by now. 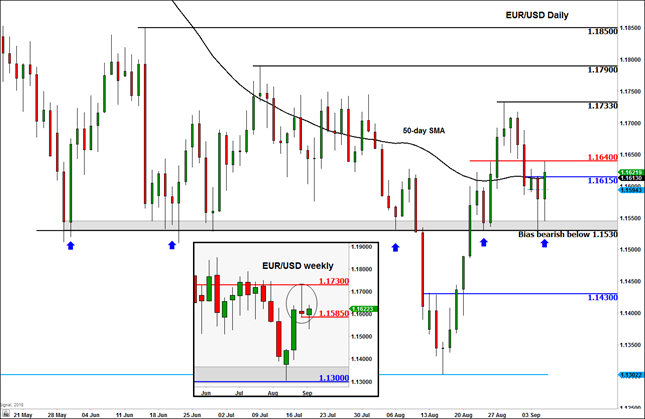