Hennes & Mauritz, the clothing-retail company, reported that 2Q net sales dropped 50% on year to 28.66 billion Swedish krona, while online sales were up 36%. The company said: "The sales development during the second quarter was severely affected by the Covid-19 situation. At present approximately 900 stores, representing around 18 percent of the group's 5,058 stores, are still temporarily closed. The H&M group's total sales during the period 1 - 13 June this year decreased by 30 percent in local currencies compared with the same period in 2019."

From a chartist’s point of view, prices retraced to the resistance level in a pullback rally during an ongoing downtrend. The daily Relative Strength Index (RSI, 14) reversed down from its overbought territory. Readers may want to consider opening short positions below the 61.8% Fibonacci resistance level at 170SEK with targets at 130SEK and 117.6SEK (May 14 low). Alternatively, a push above 170SEK would call for a reversal up trend with 190SEK and 200SEK as targets. 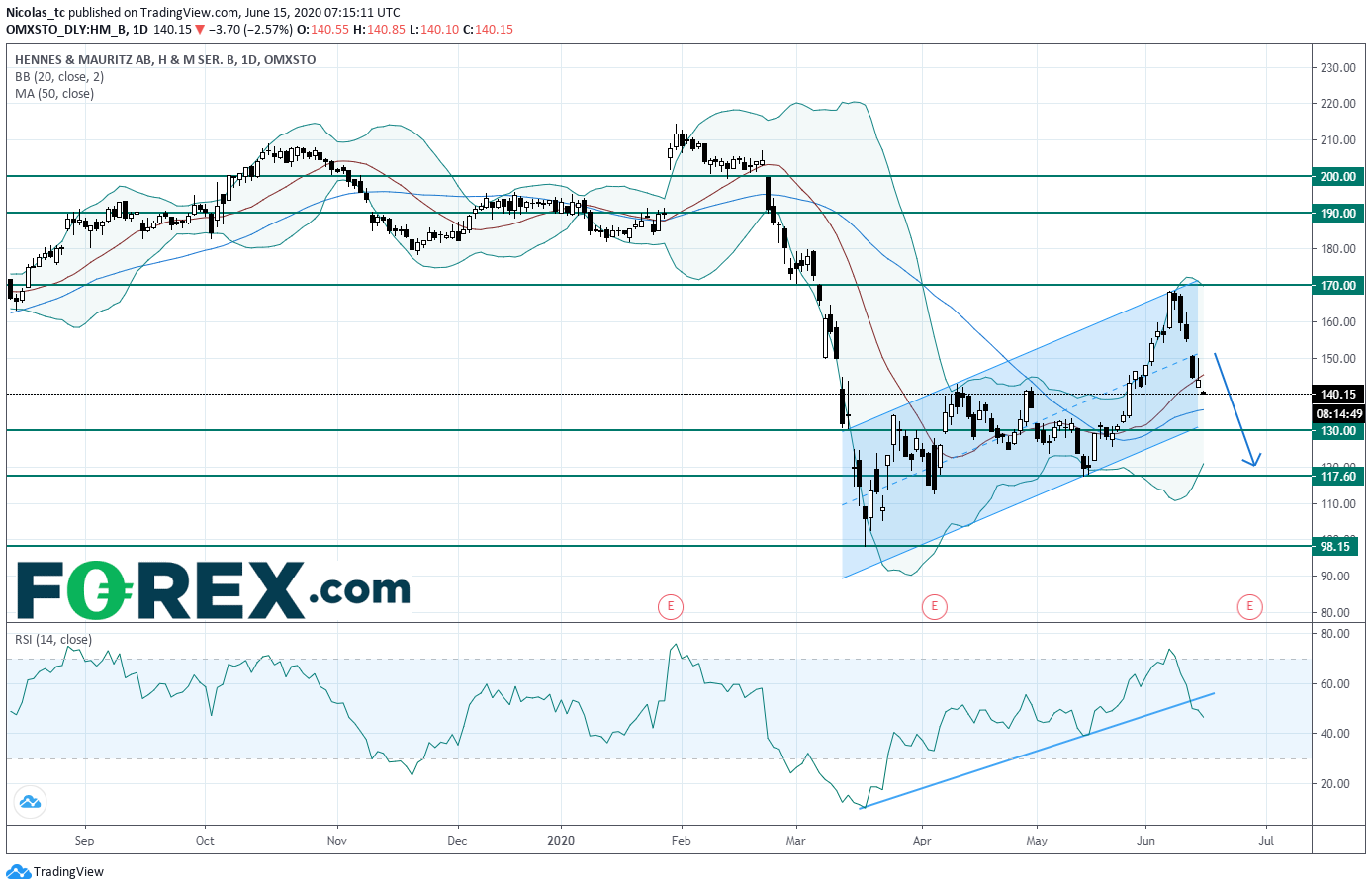