Hong Kong Exchange (388.HK) is outperforming Hong Kong's Hang Seng Index. The company rose around 45% from March low, while the Hang Index was up only up about 13%. Hong Kong Exchange is benefited by the returning of Chinese listed companies from the U.S. market

Hong Kong Exchange (388.HK) is outperforming Hong Kong's Hang Seng Index. The company rose around 45% from March low, while the Hang Index was up only up about 13%. Hong Kong Exchange is benefited by the returning of Chinese listed companies from the U.S. market

In fact, Chinese companies are interested to kick off its secondary listing planning in Hong Kong Exchange as the U.S. Senate passed legislation that could restrict Chinese companies from listing on American exchanges or raise money from U.S. investors, unless they abide by Washington's regulatory and audit standards.

Besides, CICC lifted HKEX's target prices by 8% to HK$343 with the rate at Outperform. In addition, CICC also said the broker attributed this to quicker-than-expected listing of Chinese ADRs in Hong Kong and upcoming launches of new products.

Bullish Readers could set the key support level at HK$286 (around the 20-day moving average and overlapping support level), while resistance levels would be located at HK$311.40 (record high) and HK$331 (100% measured move). 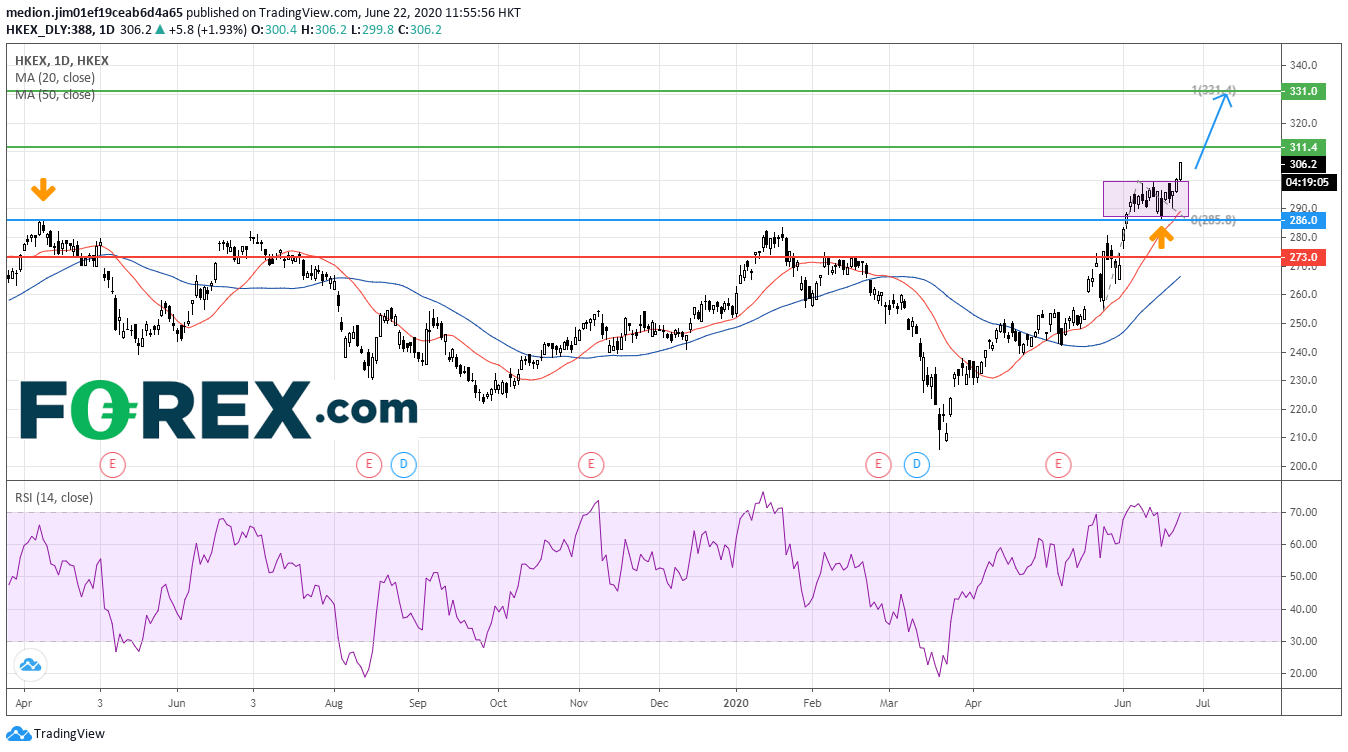