Besides, Didi Chuxing, a ride-hailing company in China, plans to list in Hong Kong as fast as this year, according to chinastarmarket.cn. The media reported that the company would target a valuation of $80 billion.

From a technical point of view, the stock posted a bullish gap after touching the 20-day moving average on the daily chart.

The RSI indicated a positive reversal signal, suggesting the resumption of recent uptrend.

Bullish readers could consider the nearest support level at the previous low at HK$335, while the resistance level would be located at HK$400 (161.8% retracement) and HK$441 (261.8% retracement). 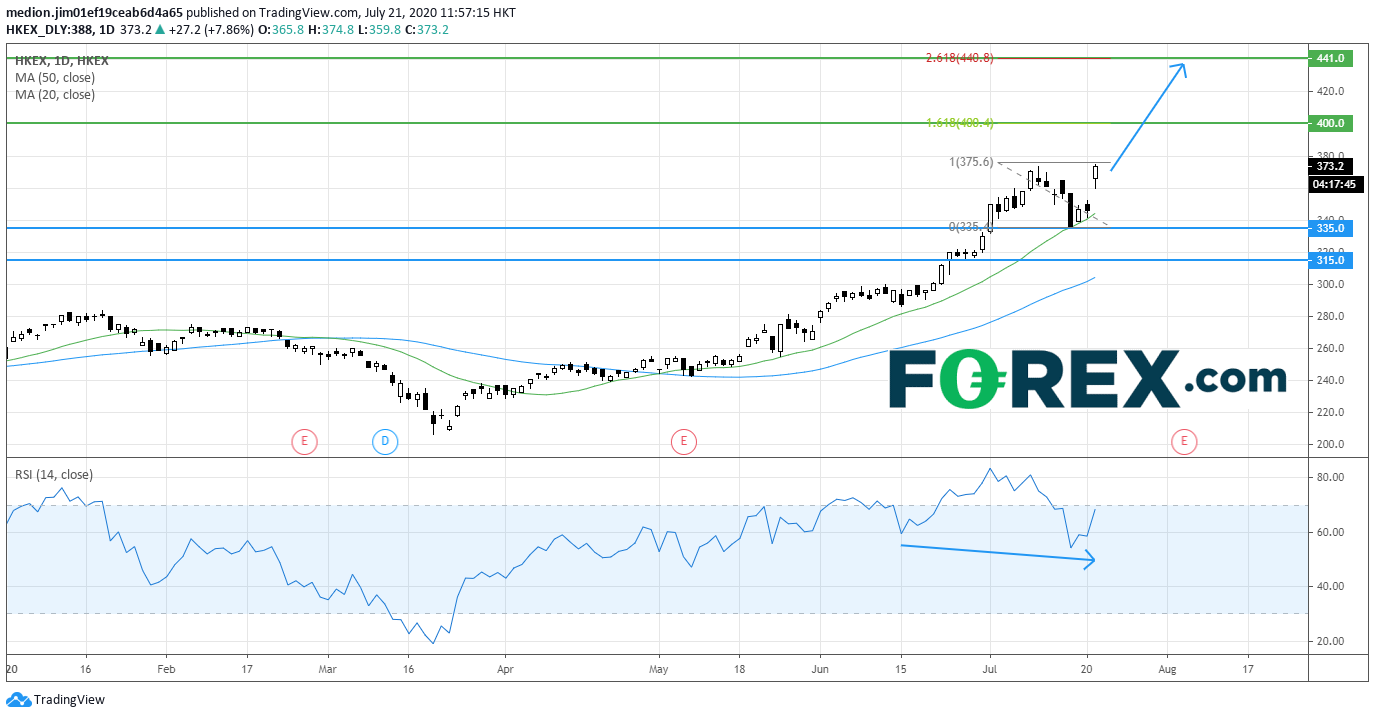