How High can GBP/USD Go?

Sterling should continue to move higher, with GBP/USD already up almost 1.5% on the day.

Earlier today,  various officials have stated that the UK and the European Union are closing in a Brexit deal and even that a draft treaty could be published as early as Wednesday. However, later in the day, other officials tried to throw cold water on the euphoria that took over the markets by warning that even if negotiators do reach an agreement, Brexit will need to be delayed passed the “official” deadline of October 31st.   But the timing of Brexit isn’t the story.  The story is that negotiators are making progress and based on current statements from major players, progress is being made and a Brexit deal is in the works.

If it truly is the case, Sterling should continue to move higher, with GBP/USD already up almost 1.5% on the day.  On a long-term time-frame (weekly), the pair closed above the downward sloping trendline from early in 2018 and the 50% Fibonacci retracement level from the high of the week of March 11th to the low of the week of September 2nd.  However, the pair is about to run into a large confluence of resistance just above: 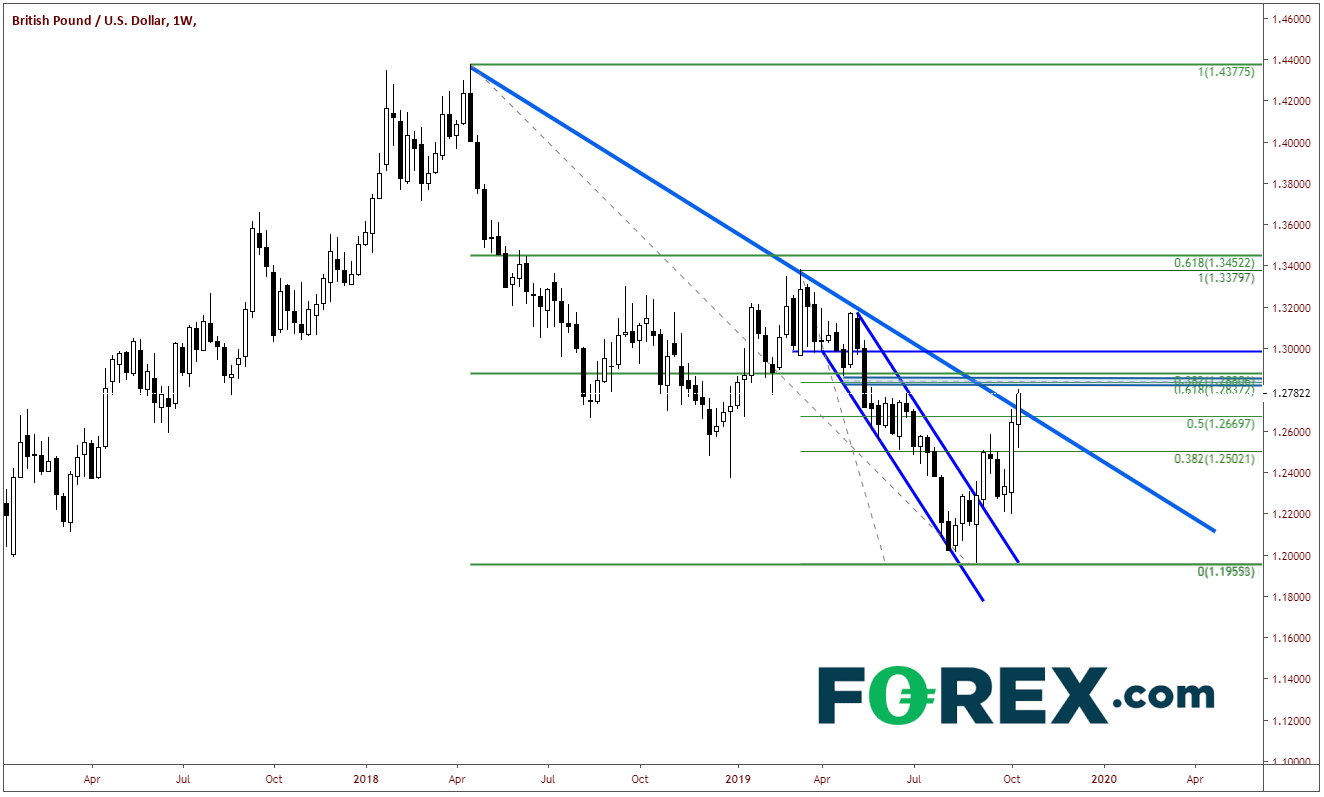 Tomorrow the UK releases a host of inflation data.  However, they should all be a side show to any ongoing Brexit negotiations and headlines.