The National Bank of Hungary raised rates by 30 bps to lift its benchmark interest rates to 1.5%

Hungary may have its problems with the European Union, such as concerns over immigration and holding out back its vote for the European Recovery Fund until the last minute, however they will remain a part of the EU.  On the other hand, Hungary is one of several countries that are not in the Eurozone, and therefore, don’t use the Euro.  Hungary has its own central bank and sets its own monetary policy.  Earlier, the National Bank of Hungary raised rates by 30 bps, just as it had done at its June and July meetings, to lift its benchmark interest rates to 1.5%, the highest since June 2015. They intend to remain hawkish as they wind down asset purchases!  Hungary has one of the highest inflation rates in the European Union at 4.6%, down from 5.3% in June and much higher than the Eurozone inflation rate at 2.2%.  Like most central banks, the Central Bank of Hungary expects inflation to moderate towards their target rate of 3% in the medium to long term.

USD/HUF has been trading in an orderly,  downward sloping channel since May 2020. In late July, the pair tested the top trendline of the channel near 307.6490 and failed, moving lower into the channel.  Notice that moving into those highs, the RSI began to diverge with price.  With the expectation of a hike and the hawkish sentiment which followed, USD/HUF is down 1.02% over the last 2 days and has broken below the 200 Day Moving Average at 297.5725.  Price is nearing the 50% retracement of the June 1st lows to the July 22nd highs, as well as horizontal support, near 295.1845.  The 61.8% Fibonacci retracement is just below near 292.2429. 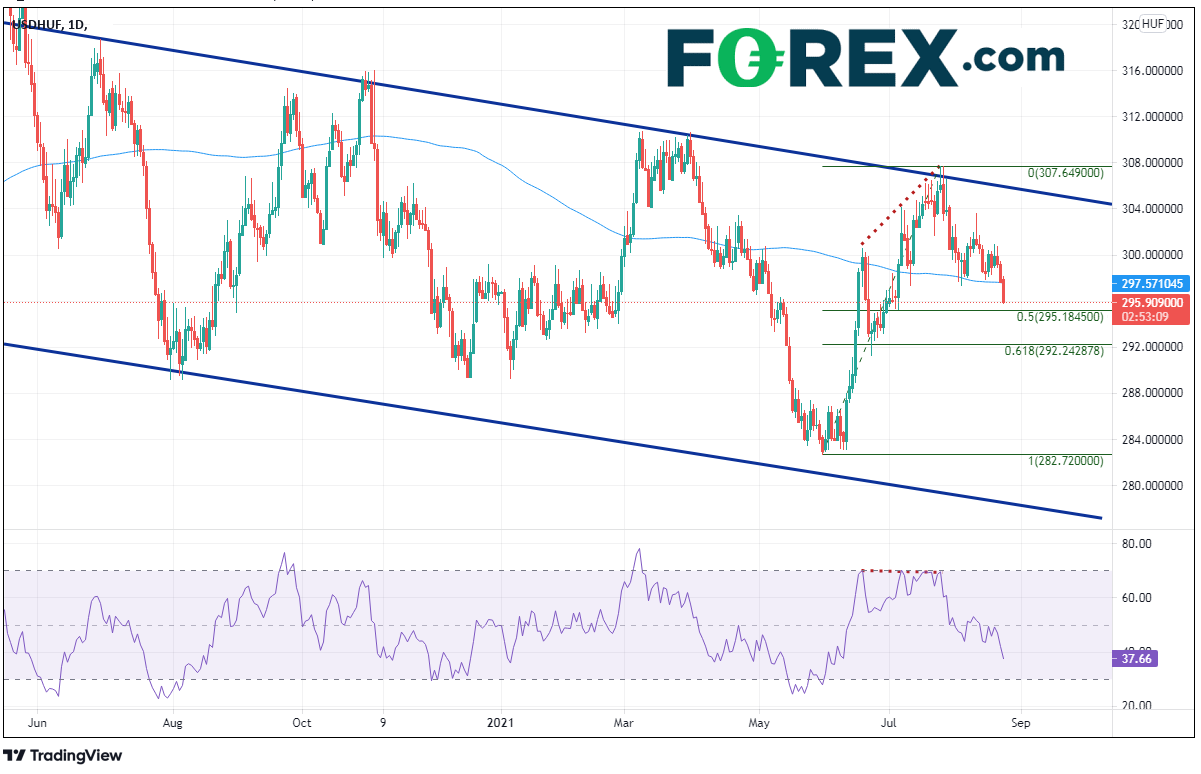 On a 240-minute timeframe, USD/HUF appears to be near completion of a rounding top from the downward sloping trendline on the daily timeframe.  Price may be in for a bounce or short-term correction as the RSI is at 24.24, indicating price is oversold. If price breaks below the two Fibonacci levels mentioned on the daily timeframe, it can fall to horizontal support near 286.7300.  However, if price bounces, where will it go?  There is a strong confluence of resistance above with horizontal resistance at 297.4965, and the 200 Day Moving Average at 297.5710.  If price can get above there, the next level is the top, downward sloping trendline of the channel on the daily chart. 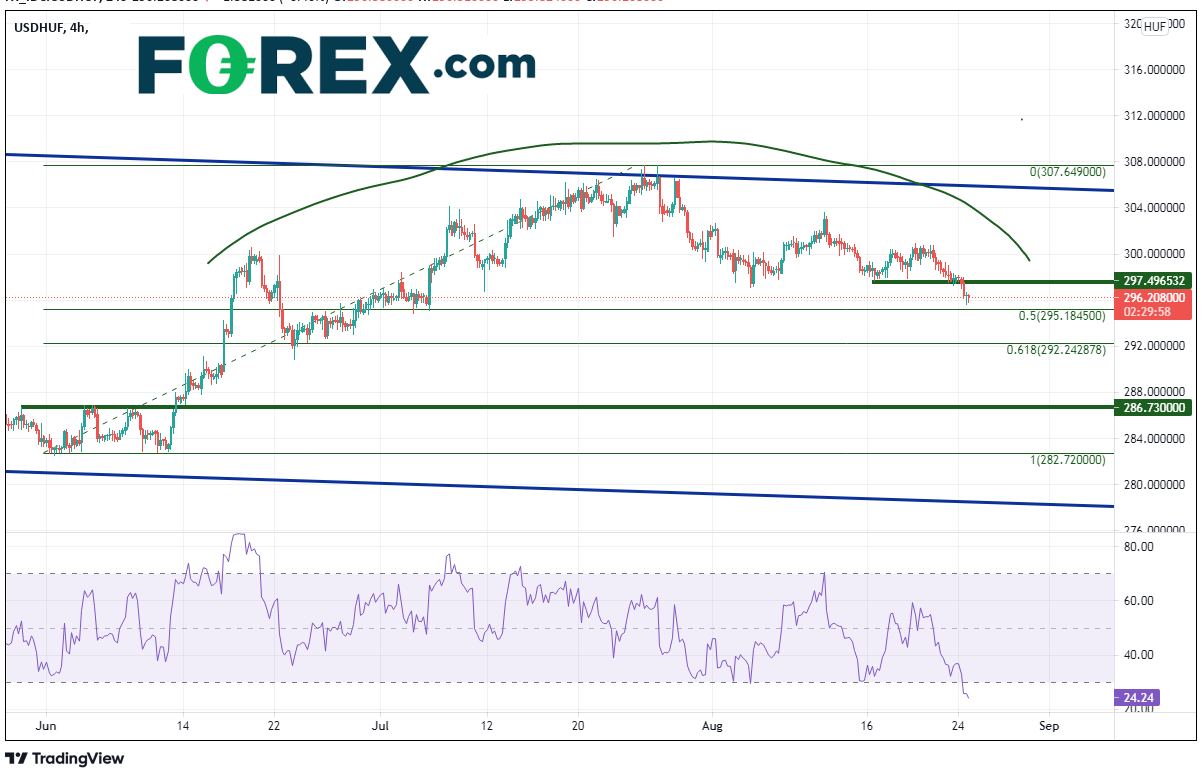 If inflation continues to rise in Hungary and the National Bank of Hungary continues to raise rates, USD/HUF may continue to make its way back towards the bottom trendline of the long-term channel near 278.60!