In recent weeks the calls for both RBA and RBNZ to cut in May have risen. As it stands, RBNZ’s cash rate has a 25bps advantage over RBA’s at 1.75% but that could change if one of them changes policy next week. If there is any doubt in RBNZ’s mind to cut next week, that would surely change if RBA cut on Tuesday as they’d be left with a 50bps premium over RBA’s cash rate. We doubt this will be the case.

What's more likely is they’ll either both ease, or RBA holds and shifts to a dovish stance ahead of an RBNZ cut on Wednesday. Part of the rationale here is that RBNZ shifted to a dovish stance in March, a few weeks before NZ’s CPI data miss flagged May as a live meeting for RBNZ whilst RBA are yet to make that transition. Moreover, RBA have already admitted that lower rates would have less of an economic impact than previously.

We noted previously that RBA were hanging their hats on stable inflation and strong employment, yet AUD/USD got slammed on a weak CPI print as RBA had not factored this scenario into their 'rate cur scenario'. Whilst the odds of an RBA cut have clearly increased, it could be argued there’s less urgency now it appears the Fed are not signalling a cut their end. That said, RBA eased in 2016 with strong employment and weak inflation, which is the scenario we find ourselves in now.  So the Jury is out, so we should be prepared for a live meeting or at the very least a jawbone in their statement. 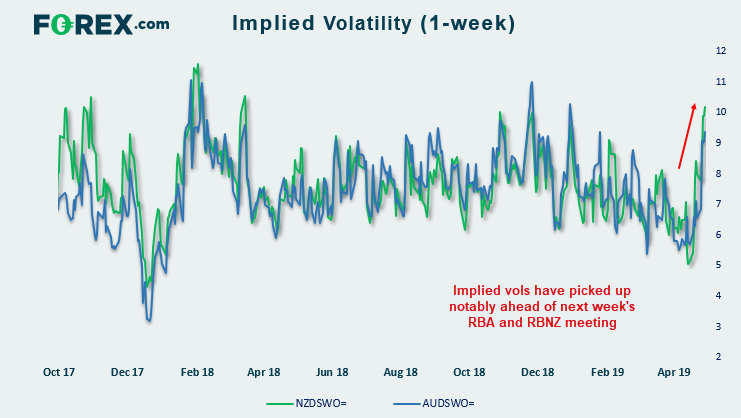 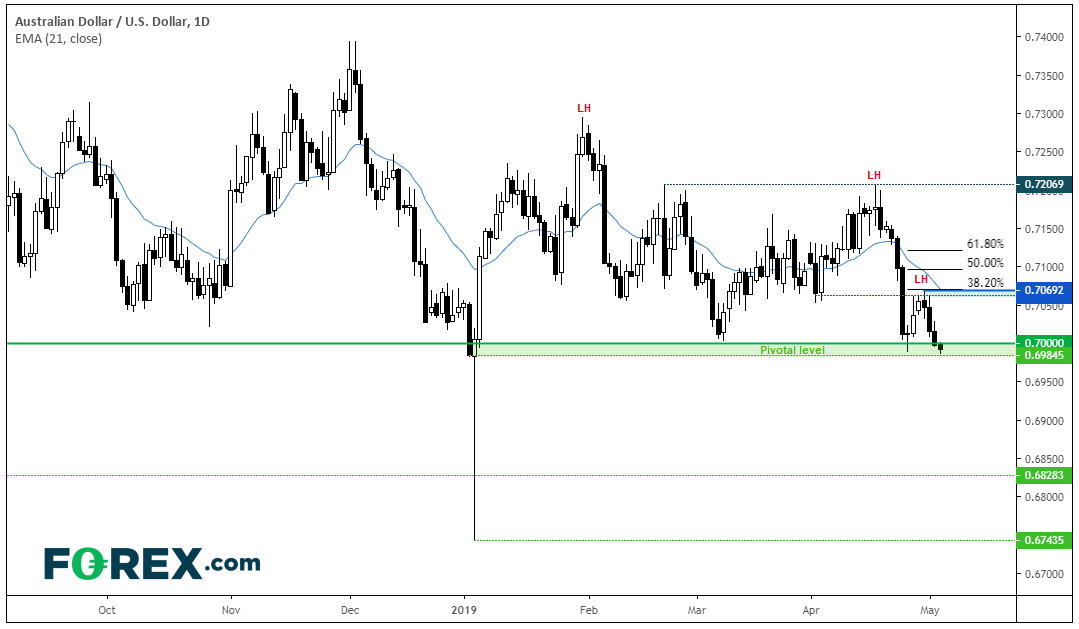 As for price action, AUD/USD touched a 4-month low today on the back of weak building approvals and continues to look weak around the 70c level. The importance of the 70c area cannot go understated as we’ve not seen a monthly close beneath it nearly 10 years. However, given the series of lower highs leading towards this level, we suspect a break lower could be in the cards, regardless of whether it can close beneath it this month. As for today, a surprise weak NFP print could help it recover from the lows, yet we remain bearish (and favour a break lower) whilst the 0.7070 high holds as resistance near the 38.2% Fibonacci level. 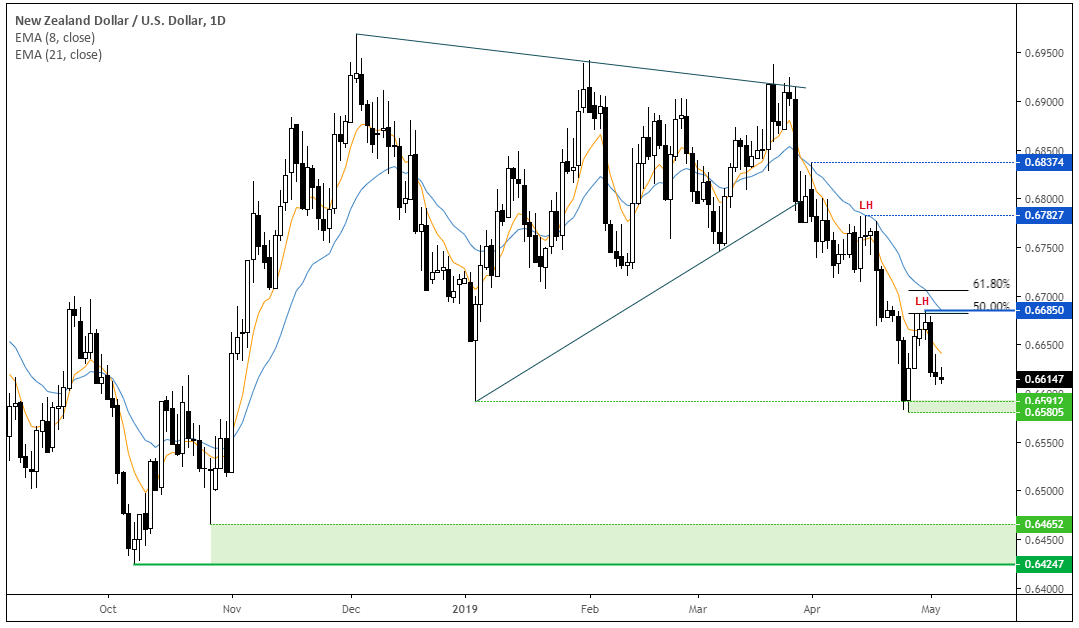 We remain bearish on the kiwi whilst below 0.6685. NZD/USD has provided a prominent swing high at the 50% retracement level, with the 8 and 20 eMA’s providing a dynamic zone of resistance. Due to the bearish trend structure we think this will eventually break to new lows. Keep in mind that NFP is due out today, a surprise weak number could see a minor rebound but we doubt it will extend too far, given the negative sentiment surrounding NZD and the potential for RBNZ to cut.