Index in Focus: S&P 500; Who wants to make a deal regarding the US Debt Ceiling?

If an agreement is reached, will stock markets continue to make all-time highs?

Over the course of the last week. Treasury Secretary Janet Yellen has been making the rounds, letting everyone know that if the Congress does not raise the debt ceiling by October 18th, the US will fail to meet its debt obligations and it could lead to a recession.

The Democrats have the power to pass raise the debt ceiling alone via reconciliation, however they refuse to go this avenue as it would force democrats to put a “hard dollar amount” on how much to raise the debt ceiling.  They want Republican’s to be “on the hook” with them in determining the amount to raise it by.

Today, before the 3rd vote on the increase of the debt ceiling,  Mitch McConnell marched into the Capital to make a deal with the Democrats, which would extend the debt ceiling to December and give the Democrats the time they need to go through the reconciliation process.  Democrats shooed McConnell away, however also suspended today’s vote.

Although traders have said they aren’t too worried about Congress failing to make a deal regarding the debt ceiling (they always do), it appears that some are taking “Just in Case” action, such as JP Morgan Chase.

The most interesting, and telling, move of the day was in the S&P 500.  The large cap index was down 62 S&P points or nearly 1.5%  As news hit the wires that McConnell was going to offer a plan to raise the debt ceiling, the S&P 500 bounced aggressively. The index closed nearly +0.45%.  This leaves traders to question:

Was the main reason for the stock market selloff due to the possibility that the US Government will default come October 18?  If an agreement is reached, will stock markets continue to make all-time highs?

The timing of the McConnell proposal and the bounce in the S&P 500 was too coincidental.  On a 60-minute timeframe, stocks rallied to test recent highs and trendline resistance at 4368.  Support isn’t until the day’s lows at 4298.8. 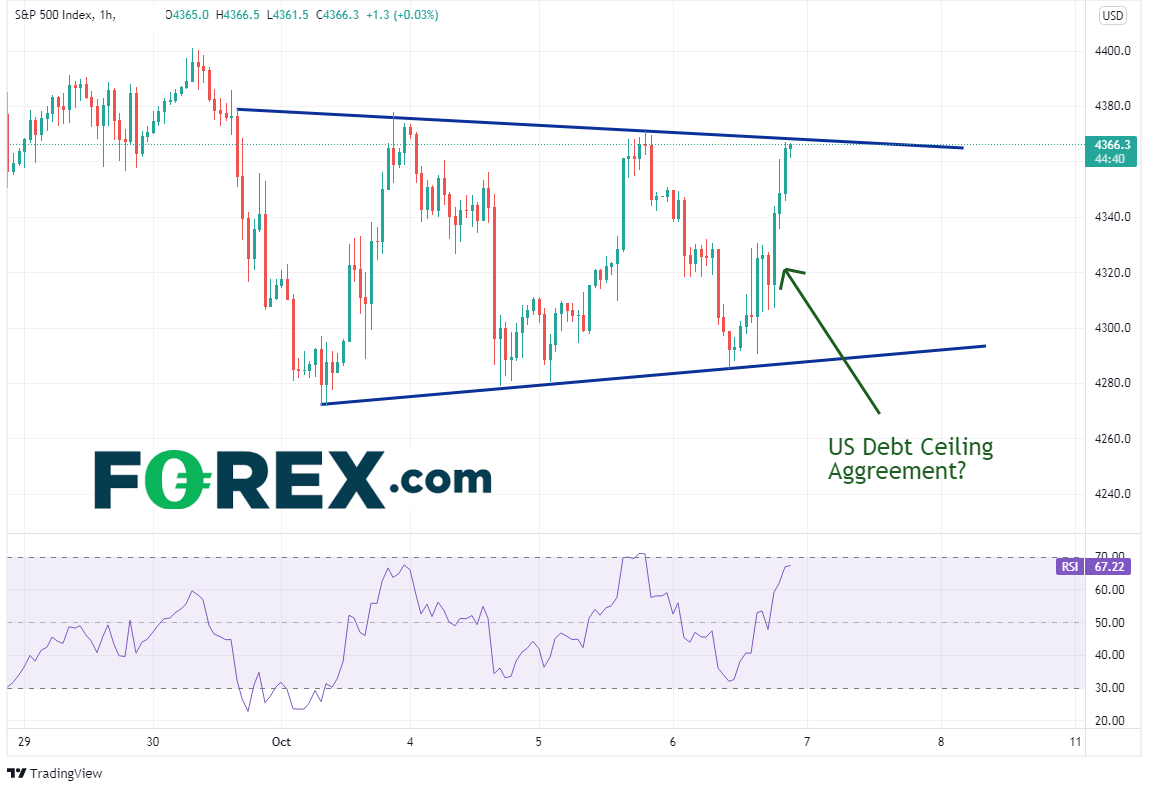 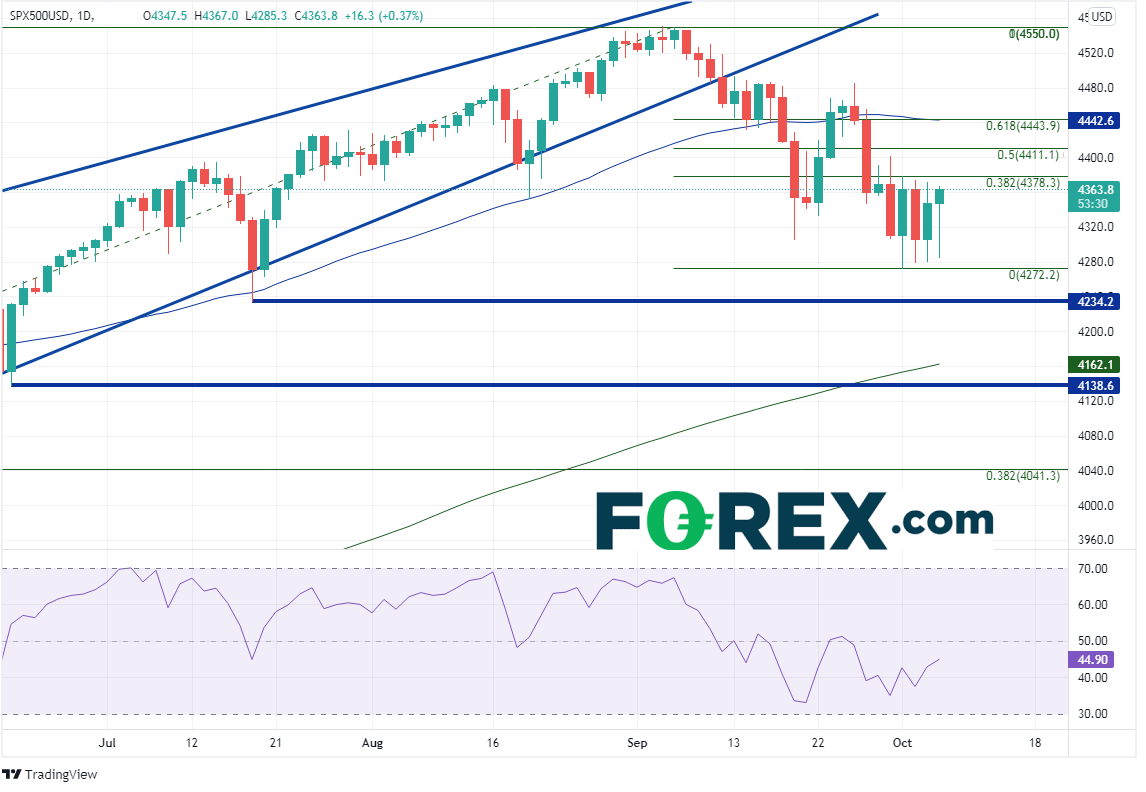 Although Mitch McConnell came to the Democrats with a proposal to raise the debt ceiling, which was quickly declined, it shows Republicans are willing to work with Democrats.  The S&P 500 went screaming higher after the wires picked up on the Republican proposal.  Does this mean that if an agreement can be reached on raising the debt ceiling, then the S&P 500 will resume its longer-term trend higher?  Watch this event closely over the next week and a half!