Inditex, the Spanish textile giant and owner of the Zara brand, reported a 26% decline in net profit for the third quarter to 866 million euros.

Inditex, the Spanish textile giant and owner of the Zara brand, reported a 26% decline in net profit for the third quarter to 866 million euros, on revenues down to 6.05 billion euros, in line with expectations, compared to 7 billion euros a year earlier. Online sales jumped by 76%.

From a chartist point of view, the stock price escaped from a symmetrical triangle pattern (bullish event). A support base has formed at 26 (pullback). The weekly RSI (14) has finally pushed above its horizontal resistance and stands now above 50%. Even though a continuation of the short term consolidation cannot be ruled out, its extent should be limited. As long as 24.5 is support, a rise towards 29.6 is likely (measured up move target).  In case of a reversal down trend, a break below 24.5 would open a path to see 20.9. 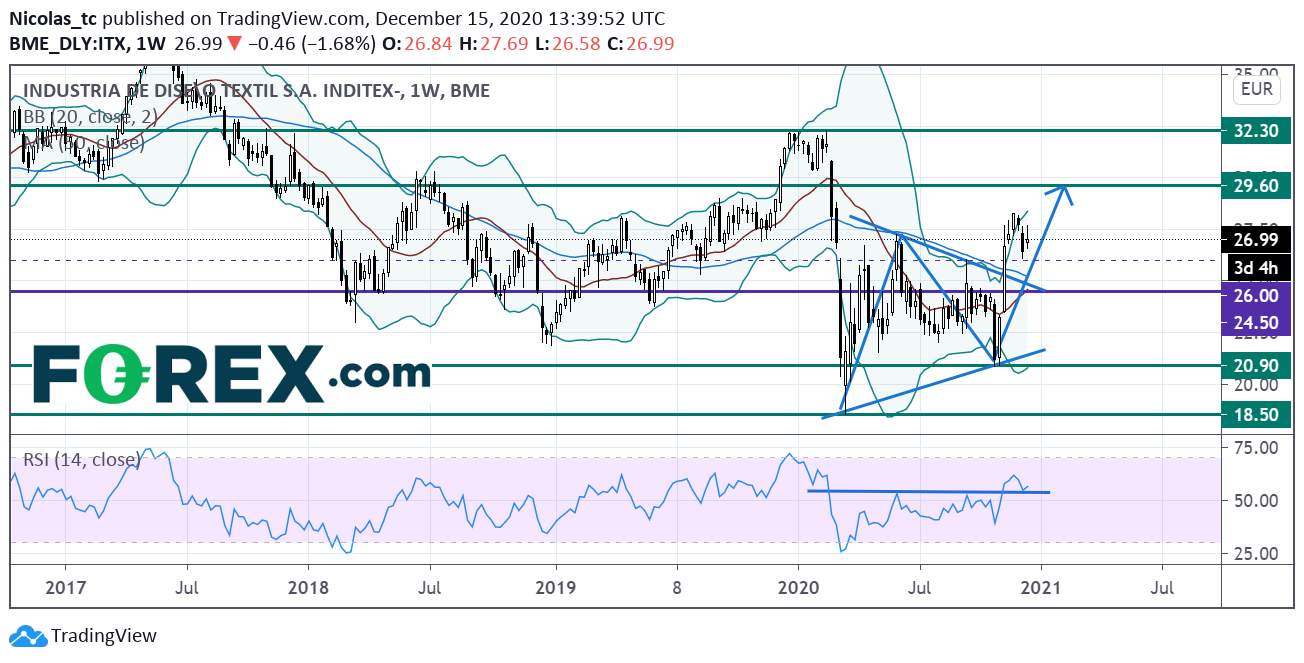