Interesting technical formation in the EUR/USD

The US Dollar was bearish against most of its major pairs on Tuesday with the exception of the NZD and CAD.

The Australian dollar was bullish against most of its major pairs with the exception of the EUR.


Looking at major movers, the EUR/USD jumped 55 pips to just over the 1.14 level in Tuesday's trading. Breakout plays are one of my favorite plays as a trend follower. A cup and handle continuation pattern may be forming. Price action has been consolidating since the prior uptrend took a pause. A break above key resistance at 1.1423 (Green line) could pave the way for a momentum trade towards March highs around the 1.1495 level and could signal a resumption of the uptrend in the EUR/USD. 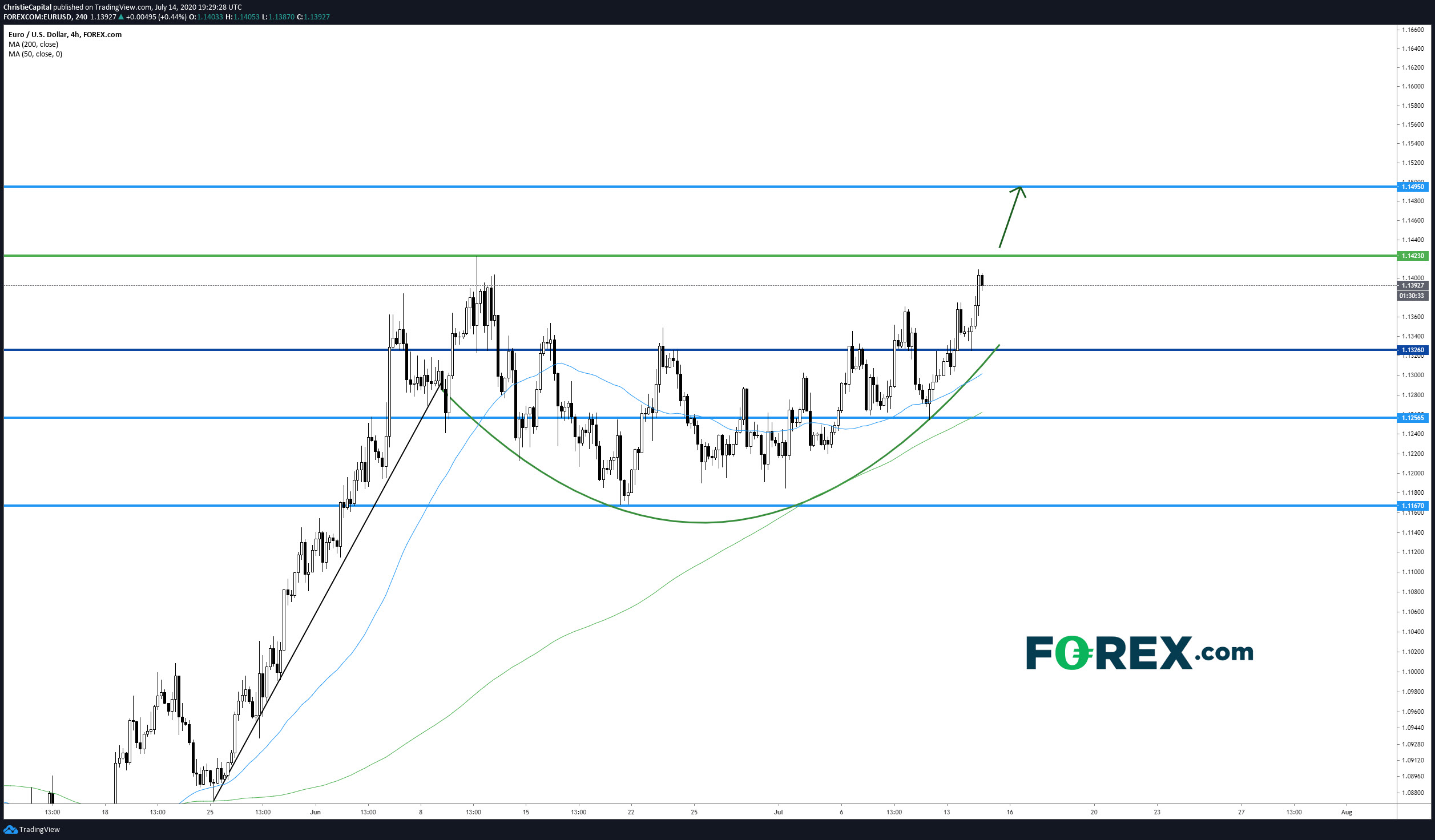