Is Bitcoin’s Rally for Real or Is Ethereum a Better Bet?

Yesterday, the SEC officially rejected a proposal for a Bitcoin ETF from Bitwise Asset Management, putting the proverbial “nail in the coffin” (at least for this year) on one of Bitcoin bulls’ favorite catalysts.

Of course, this news might not necessarily be a bad thing for Bitcoin’s price: the longer the prize is pushed back, the more time there is for bulls to imagine the utopian vision being realized at some nebulous time in the future. The situation is reminiscent of 2017’s ICO mania, when projects like Augur that actually launched were punished for being unpolished “beta” products with usability issues, while projects that boldly promised to “revolutionize” one industry or another without ever making progress were able to thrive (for longer, at least) on speculation alone.

In any event, Bitcoin has taken the news in stride, with prices holding steady at a two-week high near $8500. The cryptocurrency has broken higher from its recent sideways range, though prices still remain below strong previous-support-turned-resistance in the $9000-9100 zone: 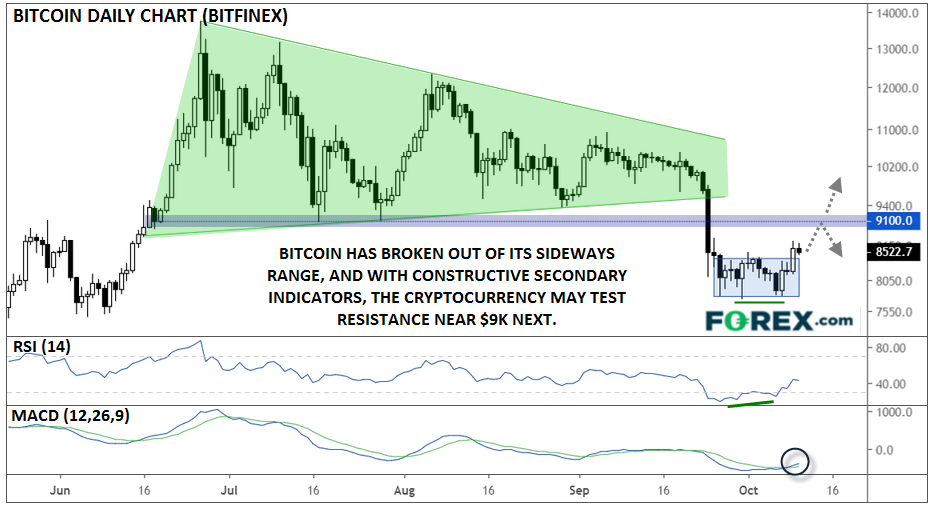 Drilling down deeper, the secondary indicators support the case for continued strength, at least in the near-term. The RSI indicator has turned higher from oversold territory after showing a bullish divergence, while the MACD has crossed above its signal line in an early sign that the recent bearish momentum may be abating. That said, any bounces may be short-lived as long as Bitcoin remains below the key resistance zone around $9000; only a break above that area would shift the near-term bias back in favor of the bulls for a move back into 5-digit territory.

Meanwhile, the world’s second-largest cryptoasset, Ethereum, is showing relative strength against Bitcoin ahead of the transition to “Ethereum 2.0” (essentially a faster, more flexible version of the Ethereum blockchain). The ETH/BTC pair recently hit its highest level since mid-July, and if it’s able to hold at this breakout, it could eventually move up to test its own long-term previous-support-turned-resistance level at 0.02470: 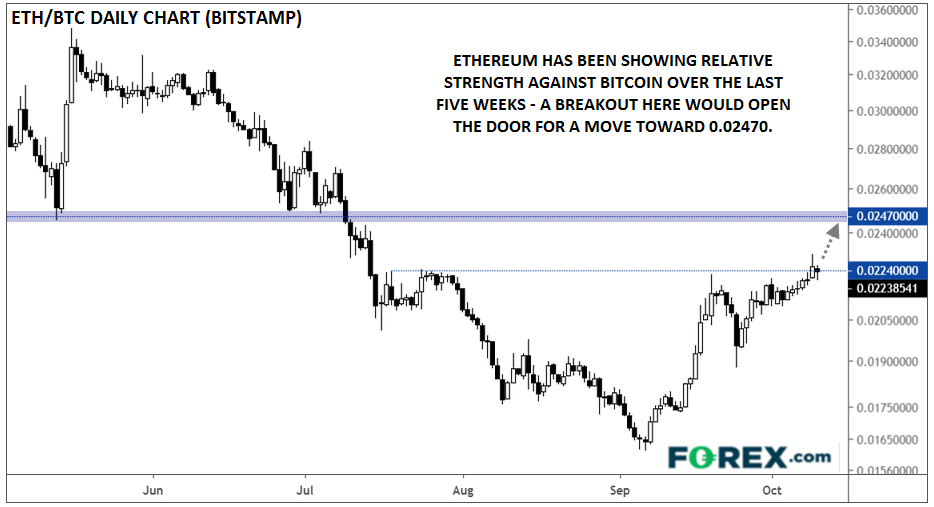 In US dollar terms, Ethereum remains in a downtrend of its own, but with potential upside toward $220 before encountering last month’s highs. A break above that area would shift the near-term trend in favor of the bulls for a potential move up to the mid-$200s: 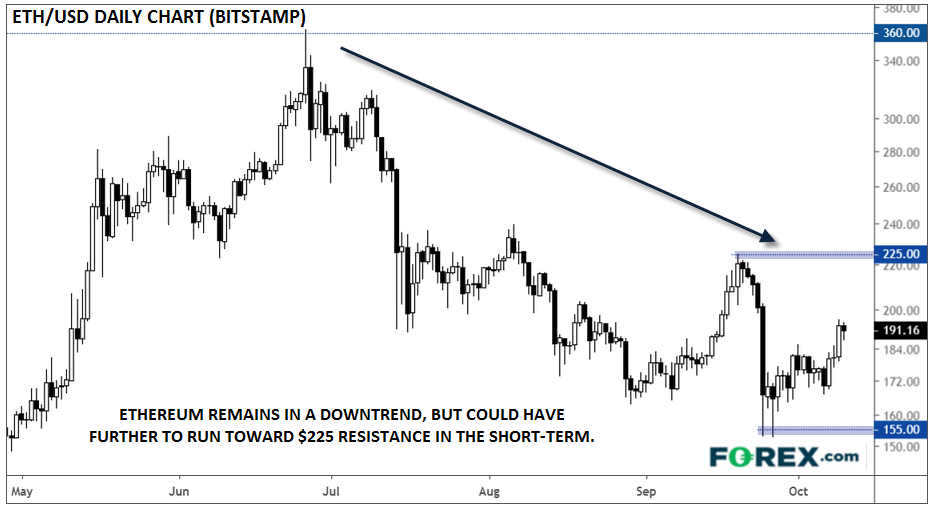