Is it time for bears to step in USD/JPY?

At near-term resistance, it may be time for a pullback

USD/JPY  has been moving lower since 2015!  On a daily timeframe though, the pair has been in a descending wedge since mid-summer 2020.  However, on January 29th, USD/JPY broke out of the top of the wedge and moved up to the 161.8% Fibonacci extension from the highs on January 12th to the lows on January 21st.   Horizontal resistance also crosses near that area.  The pair has also moved up for 6 days in a row, and over the last 3 days the ranges have been getting smaller and smaller. 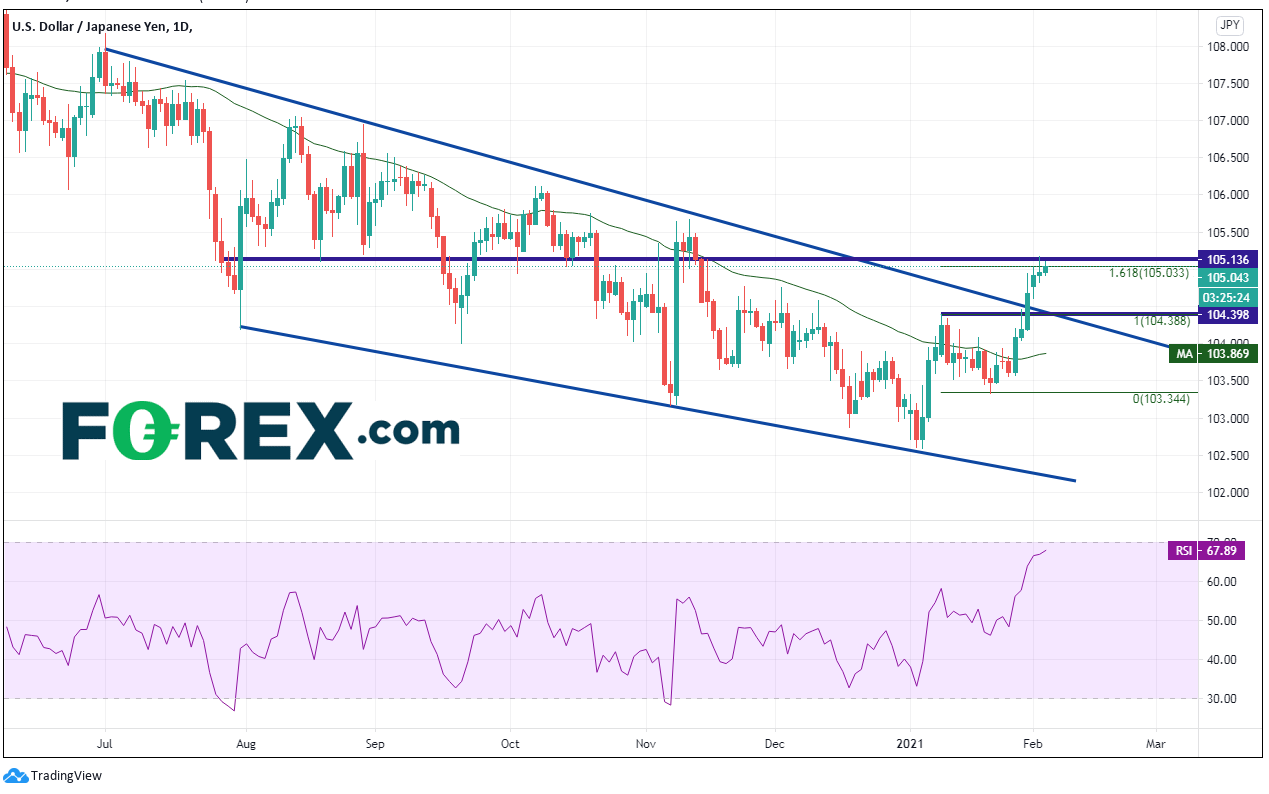 On a 240-minute timeframe, USD/JPY had been moving in a smaller descending triangle of its own and broke out on January 7th , only to form a flag pattern (red).  The pair reached the target at horizontal resistance and crept higher to the previously mentioned 161.8% Fibonacci extension.  The RSI is diverging with price from overbought conditions. 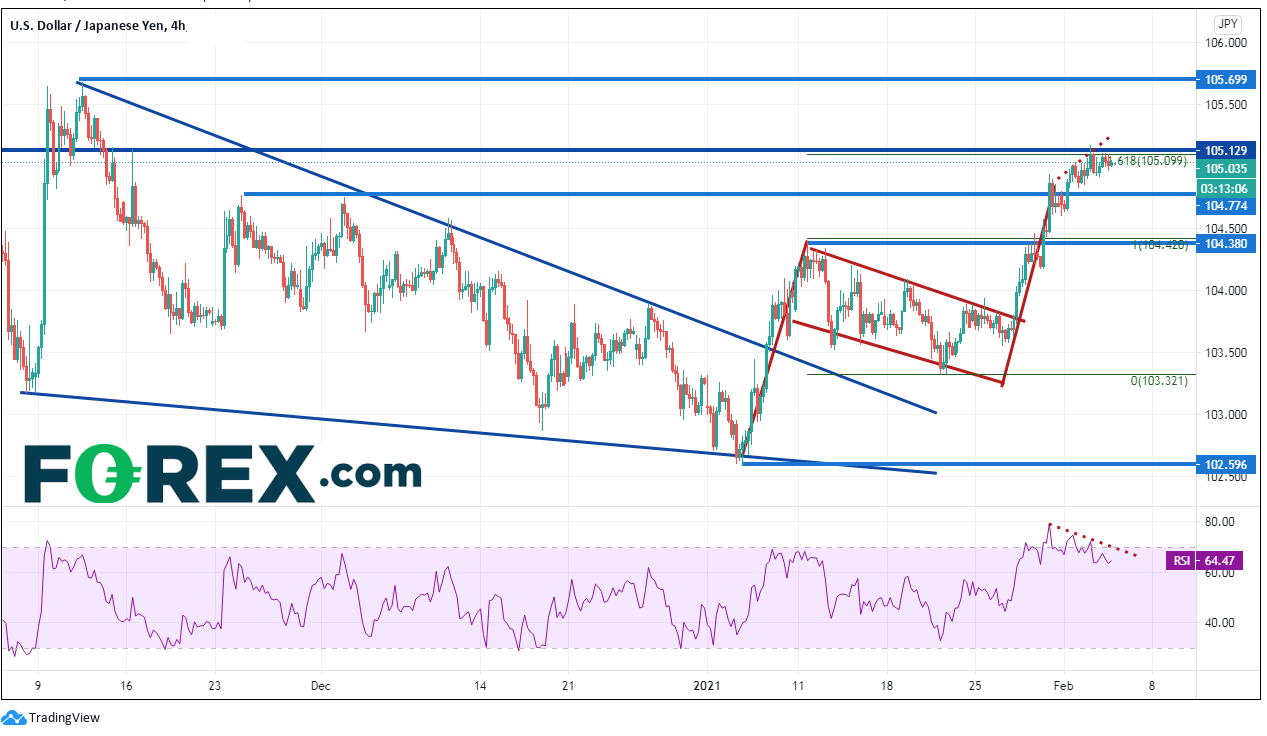 The 60-minute timeframe shows price breaking lower from an ascending wedge as well, which targets 104.45. 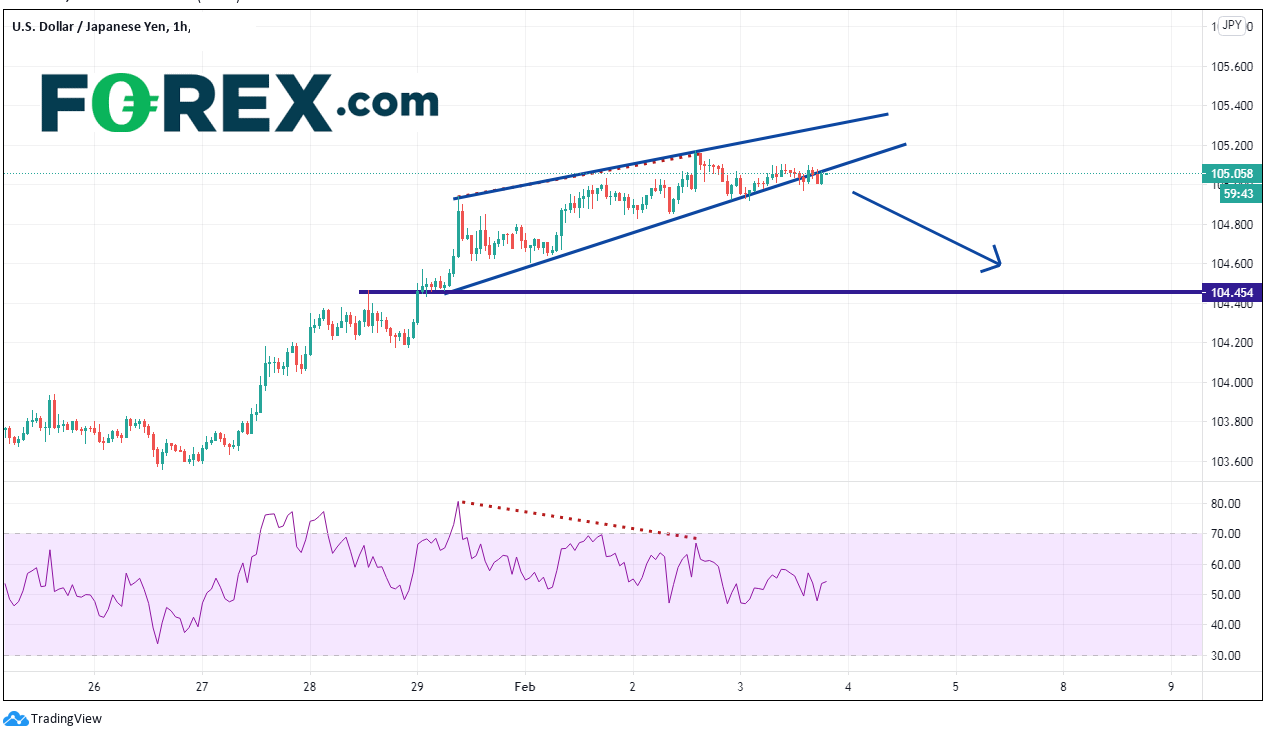 USD/JPY has been moving higher since January 21st, however at near-term resistance, it may be time for bears to step in.