It’s Wednesday during the Last Week of Summer…..Look at the Long-Term Charts

It’s the end of summer, the last “unofficial” week of summer in the US, that ends with Labor Day Monday.  Many people in the US and the UK have taken the week off.  Traditionally, this is one of the slowest weeks for trading of the year.  Besides a few headlines, including one of which is that a government has been formed in Italy, markets are extremely quiet.  Most of the USD pairs, with the exception of the GBPUSD, are locked in a tight trading range for the day, and perhaps the rest of the week!

Question:  What do you do to keep yourself busy, to make yourself a better trader, to help take more pips out of the market during slow times?

Here are a few:

EUR/USD is currently in a downtrend that began in July of 2008.  Over the course of the last year, price has been putting in lower lows and lower highs, creating a descending wedge.  If price breaks above the falling wedge, it can move to the descending trendline near 1.1800.  If price continues lower, support comes in around 1.0800, then an area of support between 1.0500 and 1.0250. 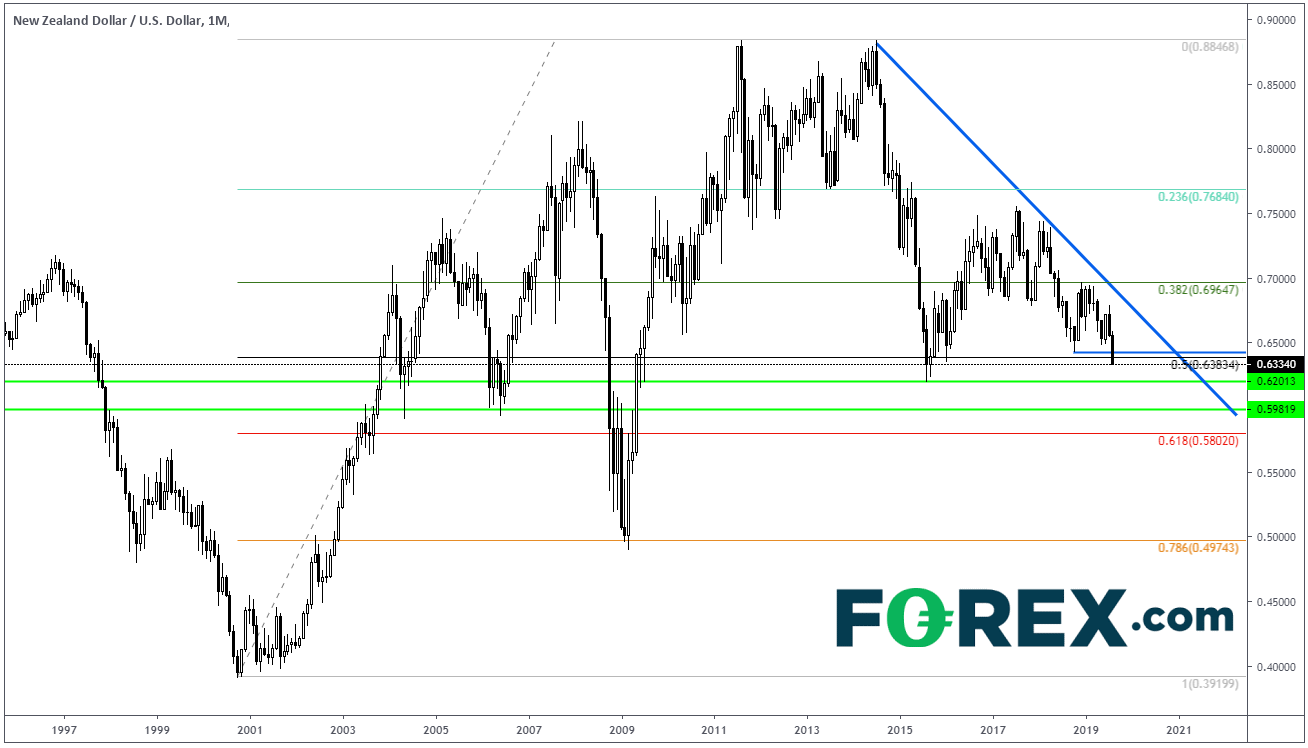 In summary, when it’s a Wednesday afternoon at the end of summer and the markets are slow, take a step back and view the longer-term charts.  Some levels may stand out, which you may not have taken notice of in the shorter-term charts.