Until the FX market sees action from the new administration, US Dollar traders may be ambivalent to talk.

Tomorrow Joe Biden will be inaugurated as President of the United States.  However today, former Fed chairman Janet Yellen had her Senate Confirmation hearing to become Treasury Secretary for the Biden administration.  During her tenure at as Fed chairman, from 2014 to 2018,  Janet Yellen was seen as “more dovish”.  Listening to her testimony today, she still is singing the same tune.  And, she seems fully onboard with Biden’s  $1.9 trillion economic stimulus package presented last week.  With more fiscal stimulus, Janet Yellen is hoping to keep the value of the US Dollar low.  She has indicated that now is the time to provide relief, not raise taxes.  In addition, although she is no longer Fed Chairman, she said “low interest rates are likely for a long time” .  Therefore, she seems to be inferring that the Treasury, and assumingly the Federal Reserve, will be in full stimulus mode. Will the US Dollar head lower in the short term or is the stimulus/easy money already priced into the value of the US Dollar?

We have been discussing the US Dollar Index a great deal since the beginning of 2021, as it has been near key support levels and driving the level of USD pairs.   With all the dovish language during Yellen’s testimony, the S&P 500 rose from 3772.25 to as high as 3795.25, however, the DXY barely moved.  Last week, we showed the DXY breaking out of a descending wedge and forming a flag pattern.  DXY rose to the target area for the descending wedge near 90.95, however pulled back to the 50% retracement level from the low on January 6th to the high on January 18th, near 90.45.  Prices rarely move in a straight line, and this is no exception.  However, with all the dovish talk from Janet Yellen today, one would expect the DXY to have moved lower (especially as stocks were moving higher).  However, on a very short term 15-minute chart, we can see that price didn’t move!  Does that mean that all the dovishness and stimulus is already priced into the market?   Perhaps the next bigger move may be higher.  90.75 is the first level of short-term resistance. 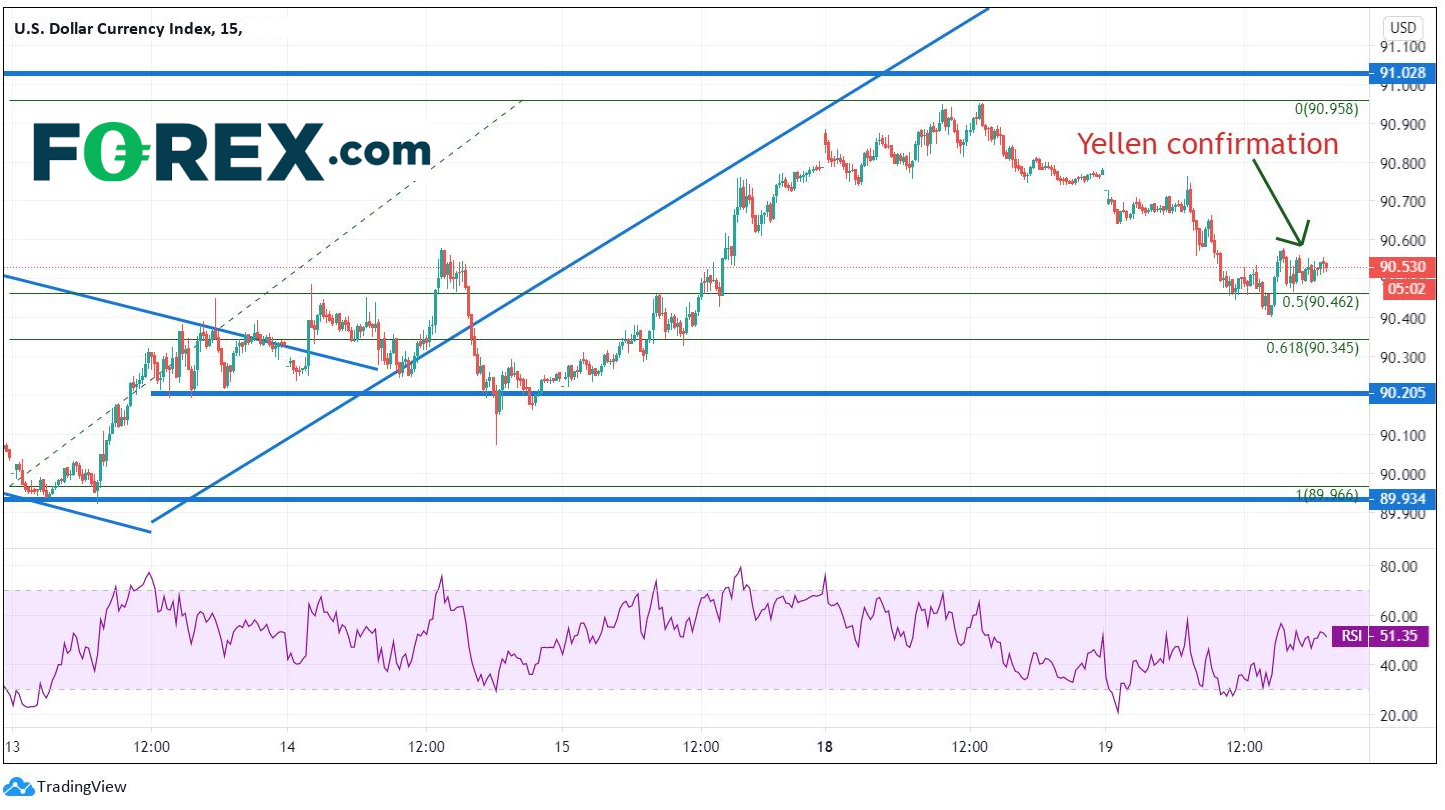 The inverse can be said for EUR/USD.  On a 240-minute timeframe, price hit the target level from the breakdown of the ascending wedge near 1.2050.  However, price has since bounced to horizontal resistance near 1.2130.  Given the dovishness at Yellen’s confirmation hearing, one may have expected EUR/USD to continue higher.  However, price stalled and has formed a bearish candle.  If the stimulus is already priced into the market, price may move lower back towards the 1.2050 level and possibly even to the target of the AB=CD pattern near 1.2010.  First resistance is back at 1.2165. 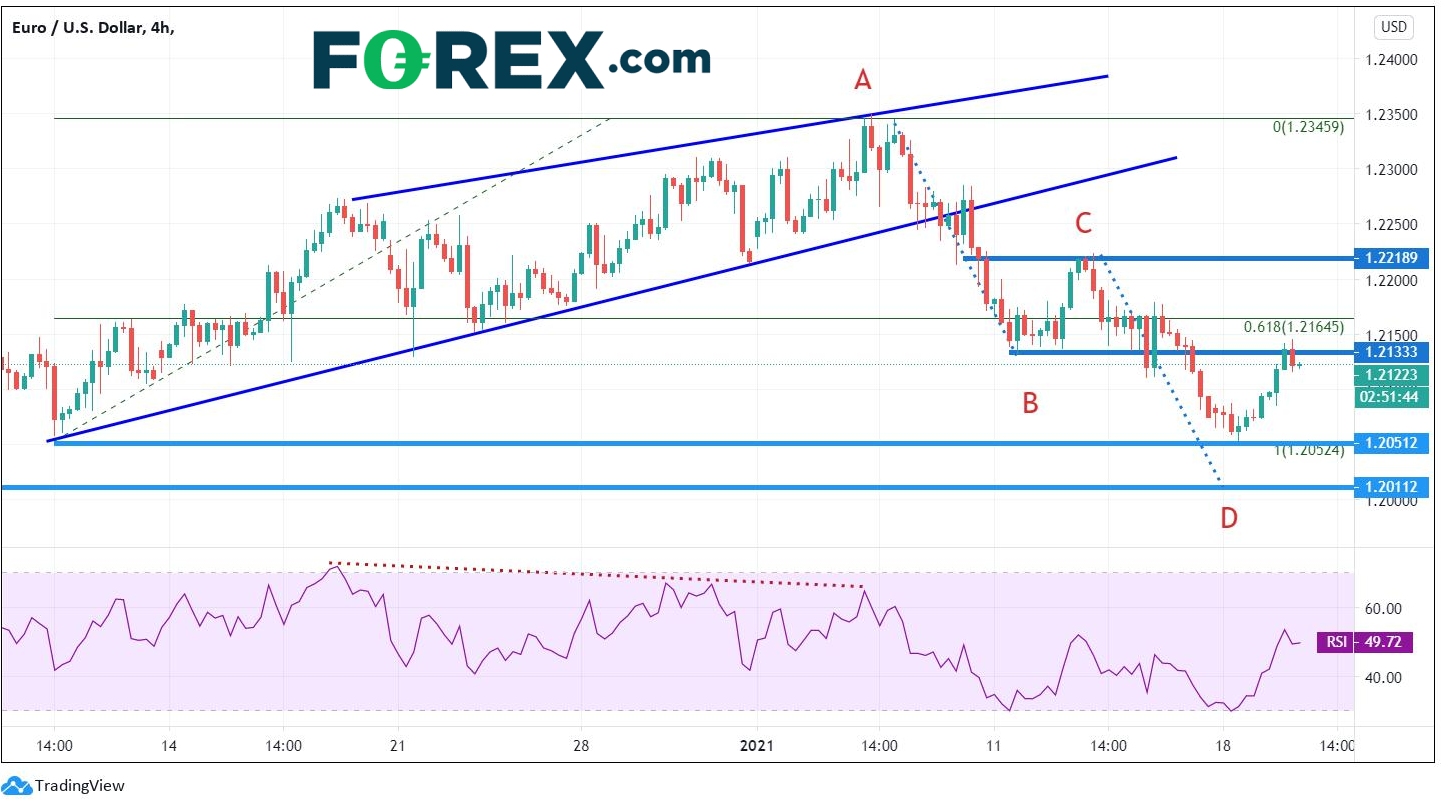 It appears the currency market is looking past the new administration’s talk and wants to see action.  Biden can have congress on his side.  He can propose a $1.9 trillion economic recovery plan. And Janet Yellen can be as dovish as she wants.  But until the FX market see action from the new administration, US Dollar traders may be ambivalent to talk.