U.S. official jobs report is expected to show a reduction of 7.500 million nonfarm payrolls in May.

Yesterday, U.S. official data showed that the latest Initial Jobless Claims declined to 1.877 million (vs 1.843 million expected). Later today, the closely-watched U.S. official jobs report is expected to show a reduction of 7.500 million nonfarm payrolls in May with the jobless rated jumping to 19.4%.

From a technical point of view, on an intraday chart, Dollar Index remains under pressure and is capped by its declining 50-period moving average (in blue). The daily RSI stands within its selling area. Readers may therefore consider the potential for further weakness as long 96.85 is not broken to the upside. The nearest support would be set at yesterday bottom at 96.57. A second one would be set at horizontal support at 96.29. 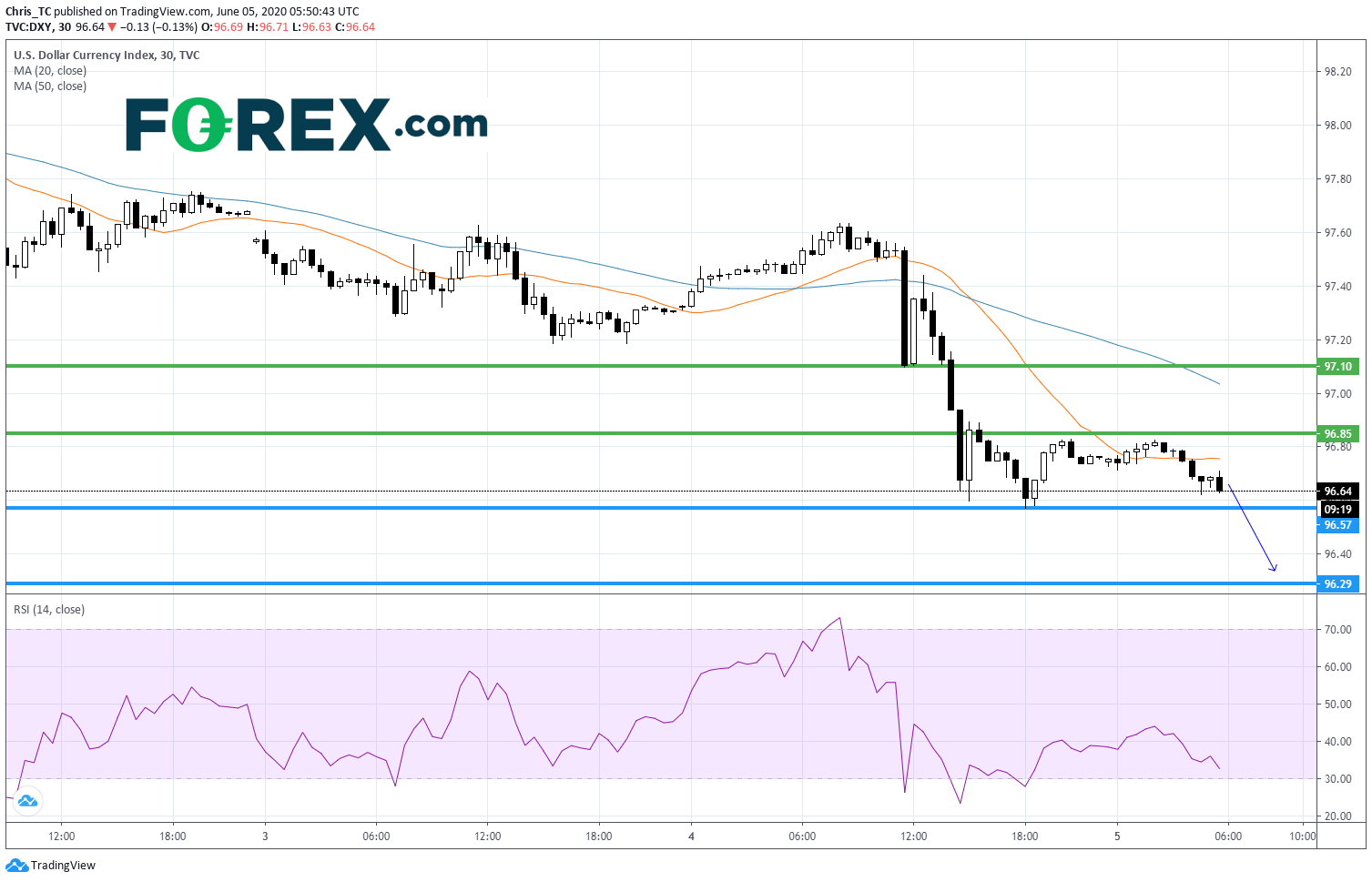