Germany has canceled plans to discuss Brexit at a high-level diplomatic meeting due to a lack of "tangible progress".

British pound remains on the upside even if it was reported that Germany has canceled plans to discuss Brexit at a high-level diplomatic meeting next week due to a lack of "tangible progress" in talks after the seventh round of negotiations. Later today, July Car production will be expected at -16.8% on year.

From a technical point of view, on a daily chart, GBP/USD remains on the upside, supported by its rising 50-day moving average (in blue). The daily RSI remains within its buying area. Readers may therefore consider the potential for further advance above horizontal support at 1.2880. The nearest resistance would be set at August top at 1.3270 and a second one would be set at set at 2019 high at 1.3515 in extension. 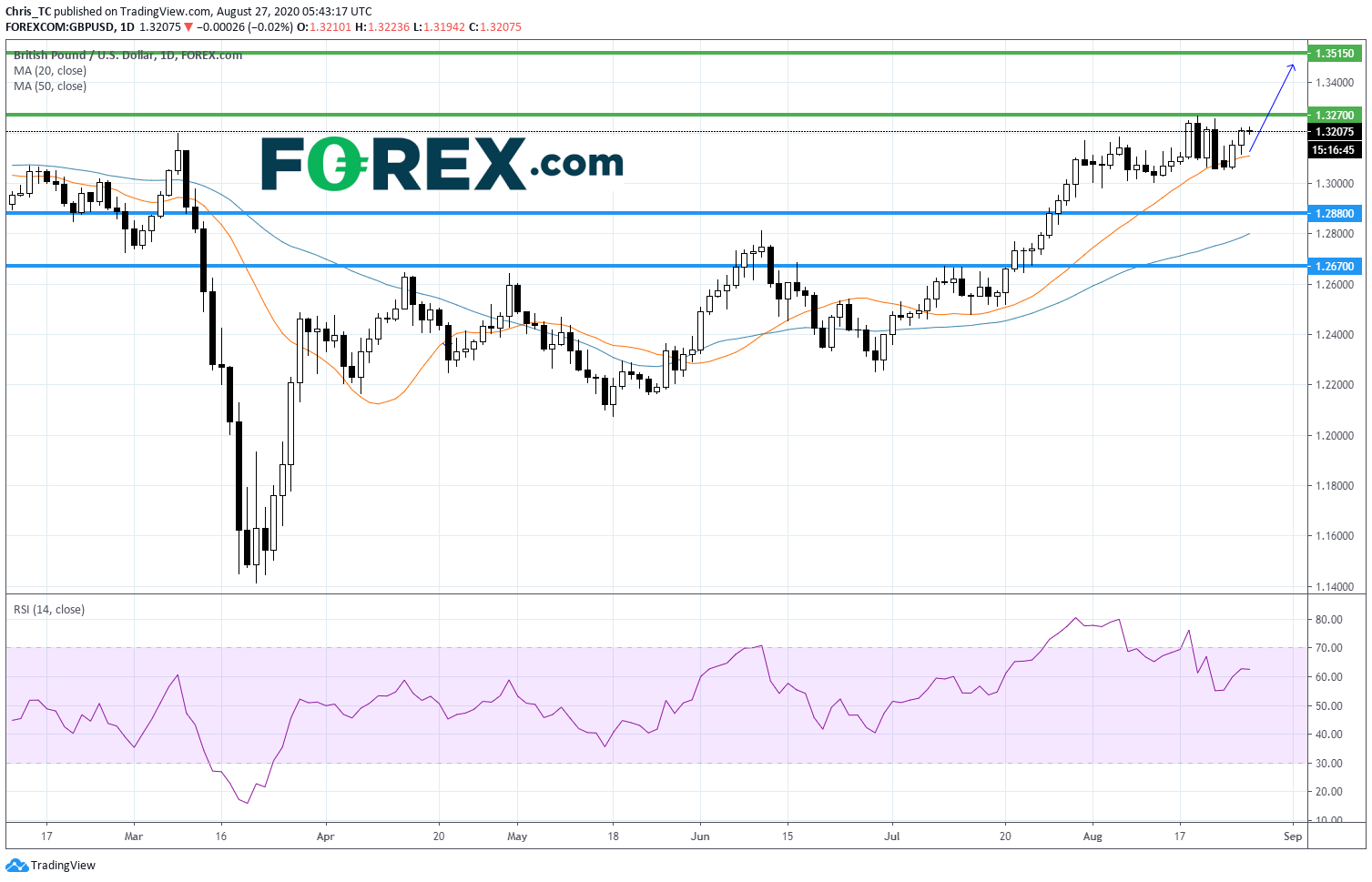