Futures contracts on equity index ETFs are pointing to a -10% drop in major US indices at the open.

Last week, countless traders became familiar with the overnight price thresholds on US equity index futures. Lest you’ve forgotten, futures contracts on the S&P 500 can only move higher or lower by 5% before reaching the price “limit” beyond which they can’t trade until markets reopen. By my count, we saw two “limit down” days (-5%) last week and one “limit up” day (+5%).

Despite unprecedented actions from central banks around the globe, including a -1.00% interest rate cut and new $700B QE program from the Federal Reserve among other dramatic actions by the RBNZ, BOJ, and BoK, equity index futures are once again locked limit down. Worse still, futures contracts on equity index ETFs, which do not have such limits, are pointing to a -10% drop in major US indices at the open.

At this point, we seem likely to see another “rare” market procedure that’s become alarmingly common of late: a 15-min “circuit breaker” pause to trading shortly after the markets open up for a -7% drop in the S&P 500. For interested traders, the relevant “circuit breaker” levels to watch on the S&P 500 today are as follows: 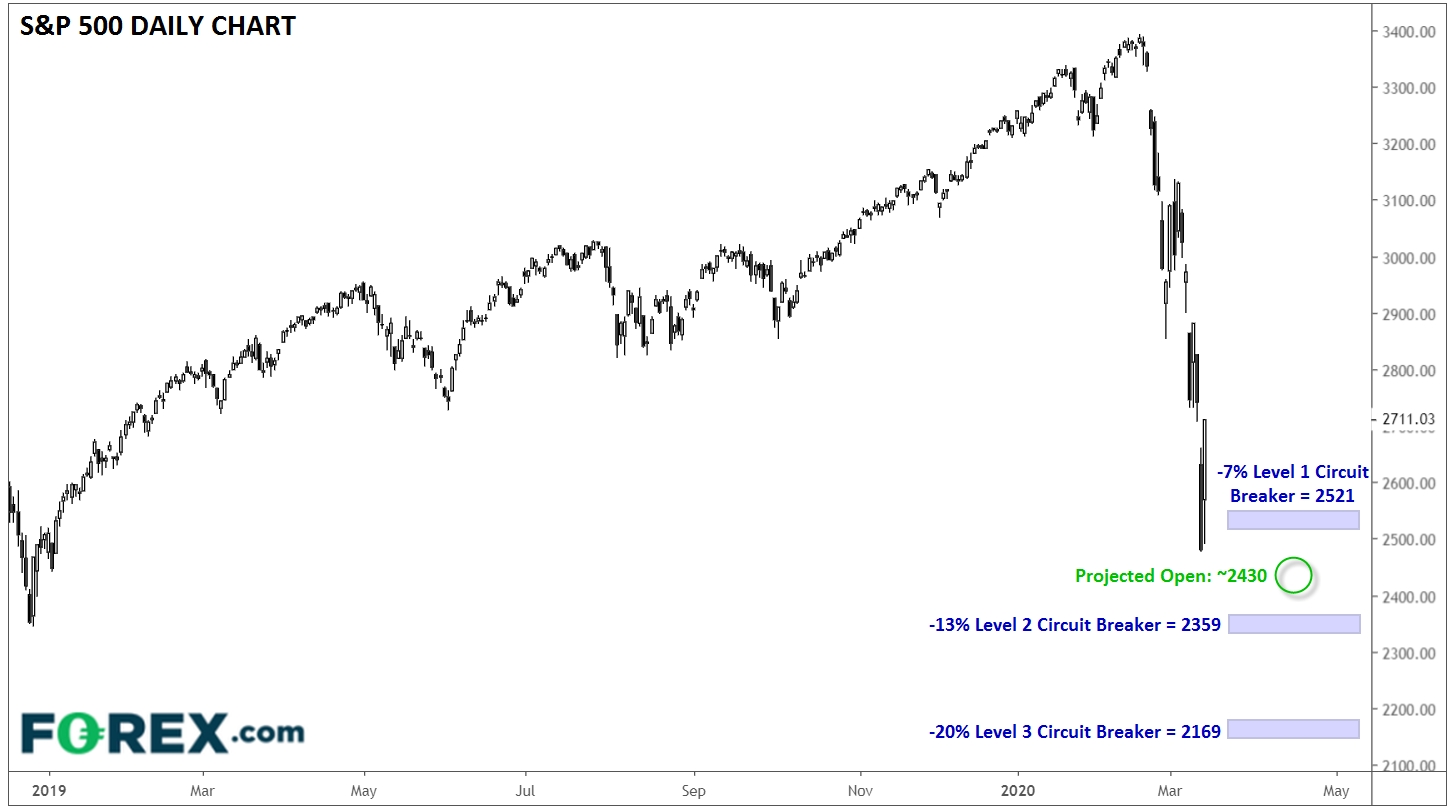 In terms of individual stocks to watch, pre-market trading is showing an ugly picture across the board, with every major sector poised to open sharply lower. Notable pre-market moves include the following:

As it stands, traders are desperate for a big fiscal stimulus package from the US government. As others have noted, the fundamental nature of the virus and resulting quarantine cannot be solved by monetary policy; it will require direct payments and subsidies from the federal government to tide households and businesses over while they wait out the worst of the virus’s spread.

Unless and until we see progress on the fiscal stimulus front, US stocks (and equity markets the world over) will remain under pressure.