Lloyds 1Q miss - Reason for optimism in the chart

Lloyds Banking Group, a major British bank, announced mixed 1Q results: "Statutory profit before tax for the three months ended 31 March 2020 was 74 million pounds, 95% lower than in the first quarter of 2019, impacted by a significantly increased impairment charge. The impairment charge in the quarter increased significantly to 1,430 million pounds, primarily driven by updates to the Group's economic outlook and some charges relating to existing restructuring cases.

The Group's statutory return on tangible equity was 5.0%. Net income of 3,952 million pounds was 11% lower than in the first three months of 2019, with both lower net interest income and lower other income, reflecting lower interest rates. The Group expects the impact of lower rates, changing balance sheet mix, fee forbearance and lower levels of customer activity to continue to affect net interest income and other income into the second quarter."

From a technical perspective, the stock price has broken above a declining trend line and is posting a rebound. The weekly bullish candlestick which is taking shape offers strong support at 30p. The weekly Relative Strength Index (RSI, 14) confirmed the breakout of its oversold area at 30%. Lloyds bulls may want to take advantage of any pullback towards 32 to consider buy opportunities. Next bullish target is set at 38.5p.

Alternatively, a break below 30p would invalidate the bullish bias and would call for a new down move towards 26p. 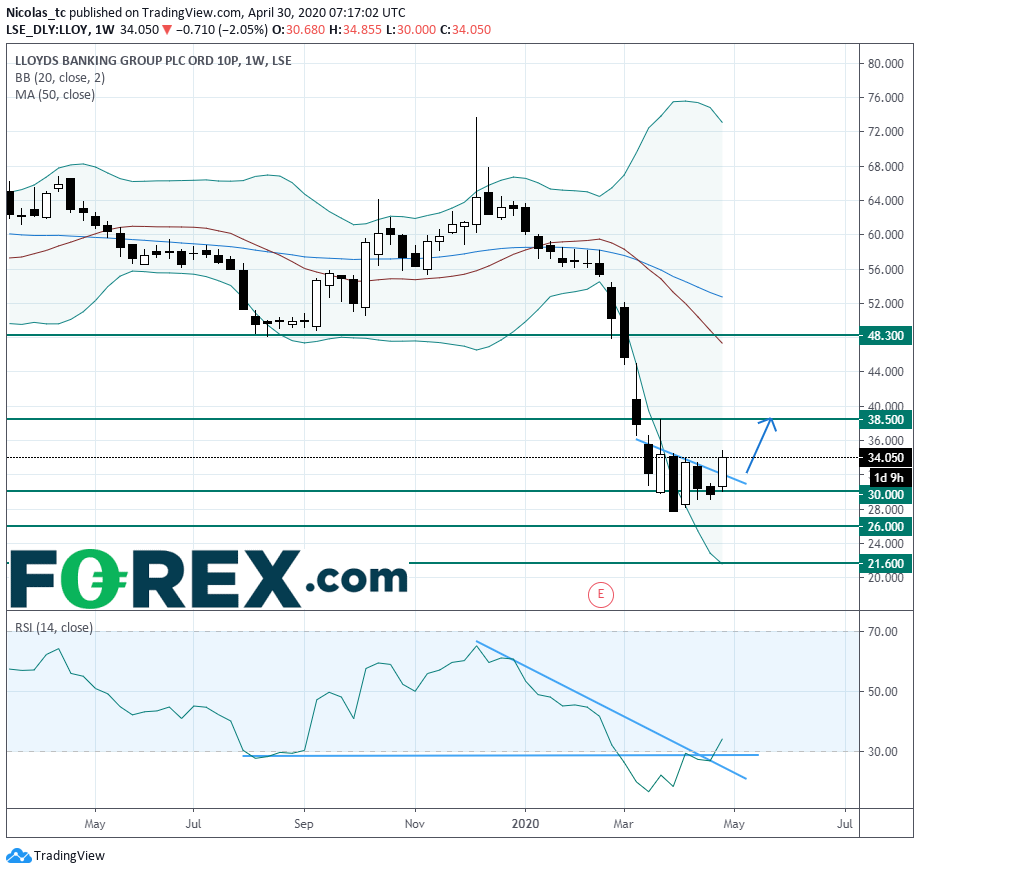