The British bank Lloyds reported 3Q underlying profit of 1.16 billion pounds, beating estimates, thanks to a recovery of the economy and a decrease in provisions for bad debts in the face of the pandemic.

In addition, Lloyds had to set aside much less money, only 0.3 billion pounds over the quarter, to cover the risk of non-payment of loans to households and businesses.
Its provisions had reached nearly 4 billion over the first half of the year as a whole, mainly due to the damage caused by the health crisis and the containment of economic activity in the country.

The bank still expects them to be between 4.5 and 5.5 billion pounds for the whole of 2020, but now says they will be in the lower range of this estimate.

From a technical point of view, the stock price escaped from a downward-sloping channel. The RSI (14) pushed above its declining trend line and is holding above a new support near 50%. Prices need to stand above 26p (bull-trend pullback) to maintain the short term bullish bias. A break above 29.9p would open a path to see 34p (horizontal resistance). Caution: a downward breakout of 26p would reinstate a bearish bias towards September’s low at 23.6p. 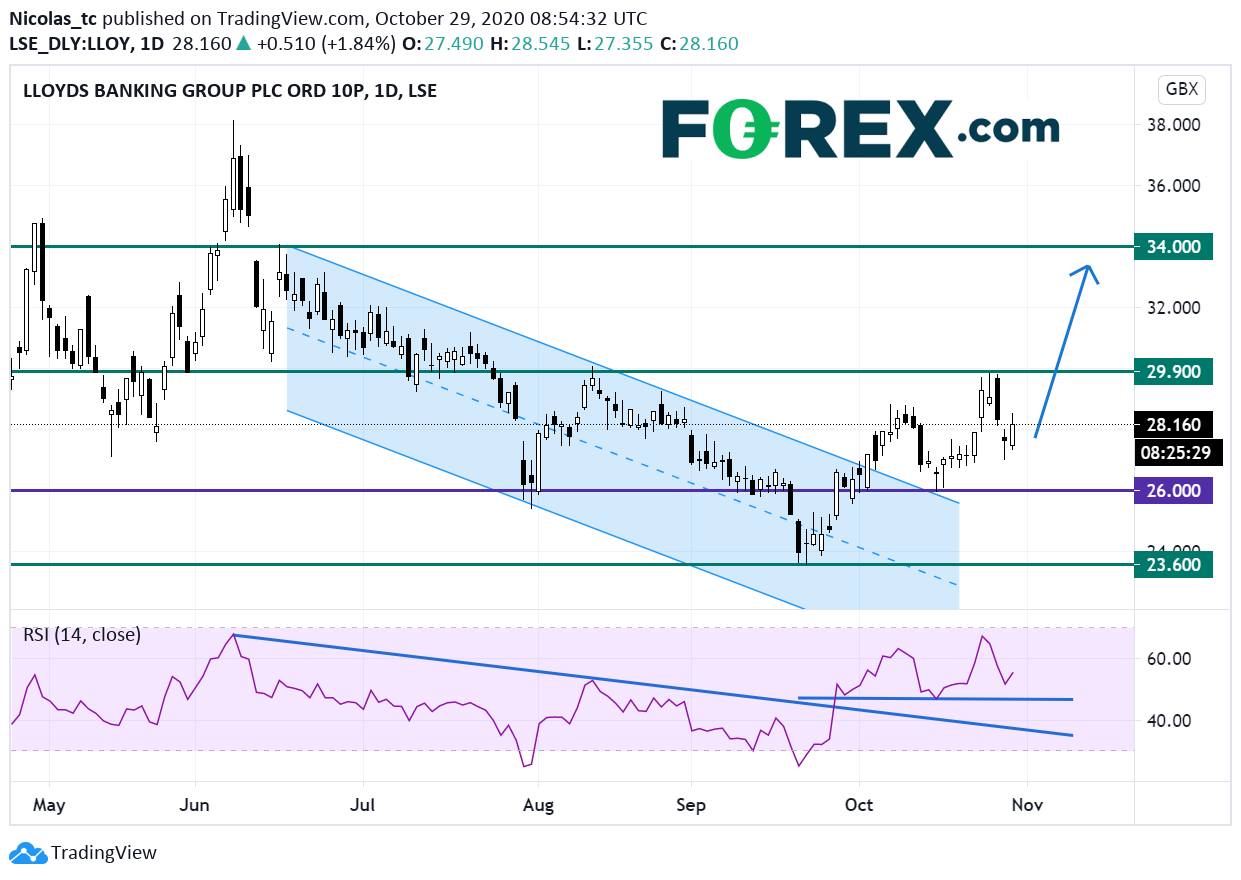