Market recap and outlook for Friday

After a busy day in the markets, the US dollar was trading quite mixed at the time of writing, rising sharply against the yen and falling noticeably against the pound and in particular the euro.

After a busy day in the markets, the US dollar was trading quite mixed at the time of writing, rising sharply against the yen and falling noticeably against the pound and in particular the euro. The EUR/USD rose sharply for two reasons: soft US inflation data and a slightly hawkish Mario Draghi. The USD/JPY’s rally, meanwhile, was also eye-catching. This was probably due to a “risk-on” trade with US equity indices surging sharply higher. Yen crosses all rallied, led by the EUR/JPY. Gold couldn’t hold onto its earlier gains despite the drop in the Dollar Index, as investors once again preferred the racier equity markets over the safe haven commodity.

There was three central bank meetings: the CBRT, BoE and ECB. There were literally zero surprises from the BoE and ECB, although the latter did change its GDP forecasts slightly – raising the 2018 forecast to 2.0% vs +2.1% prior and lowering the 2019 forecast to +1.8% vs +1.9% previously. The ECB left its inflation forecasts unchanged, and President Draghi said Eurozone CPI was likely to hover around current levels for rest of the year. However there was one notable surprise at the ECB press conference when Draghi said that the ECB projects significantly stronger core inflation for the Eurozone. It was this that helped to ignite a rally in the euro, with the EUR/USD getting an additional boost from soft US inflation data. Meanwhile the Turkish central bank surprised by hiking interest rates sharply despite earlier the President saying policy should be loosened. The CBRT raised the one-week repo rate to 24% from 17.75% previously and this led to an immediate rally for the TRY, pushing the USD/TRY to just above 6.00.

As mentioned, US inflation data for August was weaker than expected, and this generally weighed on the dollar. US Headline CPI came in at +0.2% for August vs. 0.3% expected on a month-over-month basis. On a year-over-year basis, CPI eased to +2.7% vs +2.8% expected. Meanwhile core CPI rose 0.1% vs. 0.2% m/m expected and eased to 2.2% y/y vs. 2.4% y/y expected. Earlier in the day, we had seen surprisingly strong employment figures from Australia. According to the Australian Bureau of Statistics, total employment increased by 44,000 to 12,631,300 in August. Full-time employment increased by 33,700 and part-time employment rose by 10,200. This was a strong set of figures and the Aussie dollar responded positively. It managed to maintain its gains through much of the session, although it did ease back a little in the afternoon trading.

Looking ahead, there’s a lot on the agenda in terms of market-moving data on Friday. However, we will still have some Chinese and numbers to look forward to. Industrial output in the world’s second largest economy is expected to have remained unchanged at 6.0% year-over-year in August, with retail sales also seen unchanged at 8.8%. In the US, headline retail sales are expected to have risen 0.4% month-over-month compared to 0.5% in the previous month, while core sales are seen rising 0.5% versus 0.6% previously. 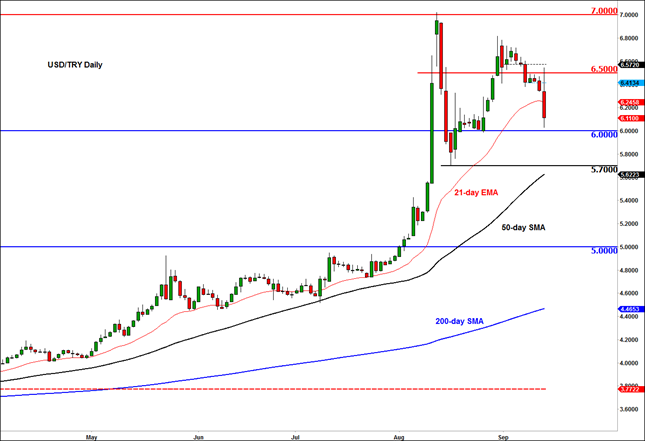