Markets Not “All In” on Saudi Aramco IPO, China-US Trade Deal Strokes Fears

As my colleague Matt had written last week, Saudi Aramco began its road show to begin showcasing the state owned giant to investors yesterday.  They expected to wrap it up before the OPEC meeting on December 4th in Vienna.  But according to Bakr, which covers OPEC and Middle East Oil policy for the Energy Intelligence, multiple international investors have reportedly told Saudi Aramco that they would limit participation in the IPO if it is valued of USD 1.5 Trillion.  In addition, comments out of China that a trade deal, or changes to the trade deal, may not happen before the end of President Trump’s presidency are also affecting the oil market.

Yesterday on the Monday morning reopen, the Light Crude Futures gapped higher, only to quickly fill the gap and trade lower on the day.  Price moved lower from a high of 58.17, broke lower through the 200-day moving average at 57.37 and is currently down nearly 2.25% on the day, putting in a low so far of 55.62. 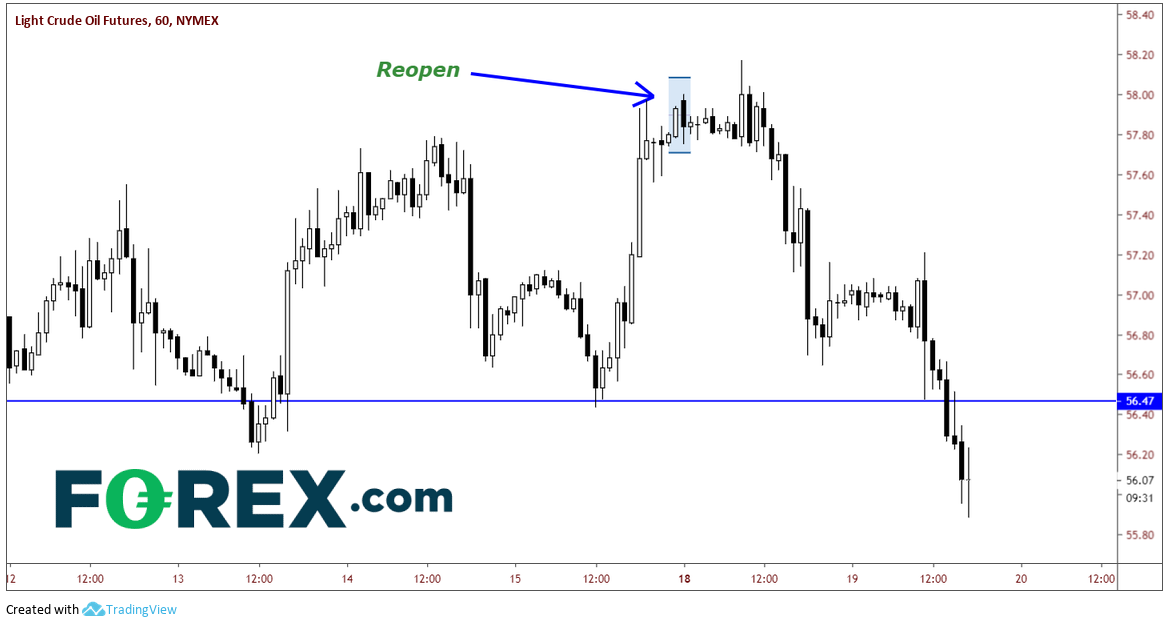 After gapping higher in mid-September because of the attacks on the Saudi Armaco facilities, price began to trade lower and retest the band of support of lows near 51.20.  Crude then bounced in a rising channel to the 50% retracement level from the price after the previously mentioned gap highs to the October 3rd lows near 57.50.  Price is currently sitting at the bottom trendline of the rising channel at 56.05.  As a result of the bounce, Crude has put in a flag formation and if price breaks lower below the bottom trendline, it will have broken the flag formation.  The target for a flag is the length of the flagpole added to the breakout price, which in this case would be near 46.75.  If price reaches the target it will be well below the previous support zone of 51.50/51.20.  Watch for price to pause if Crude trades down to that level.  Horizontal resistance comes in above near 56.57, and above there at today’s highs of 57.19. 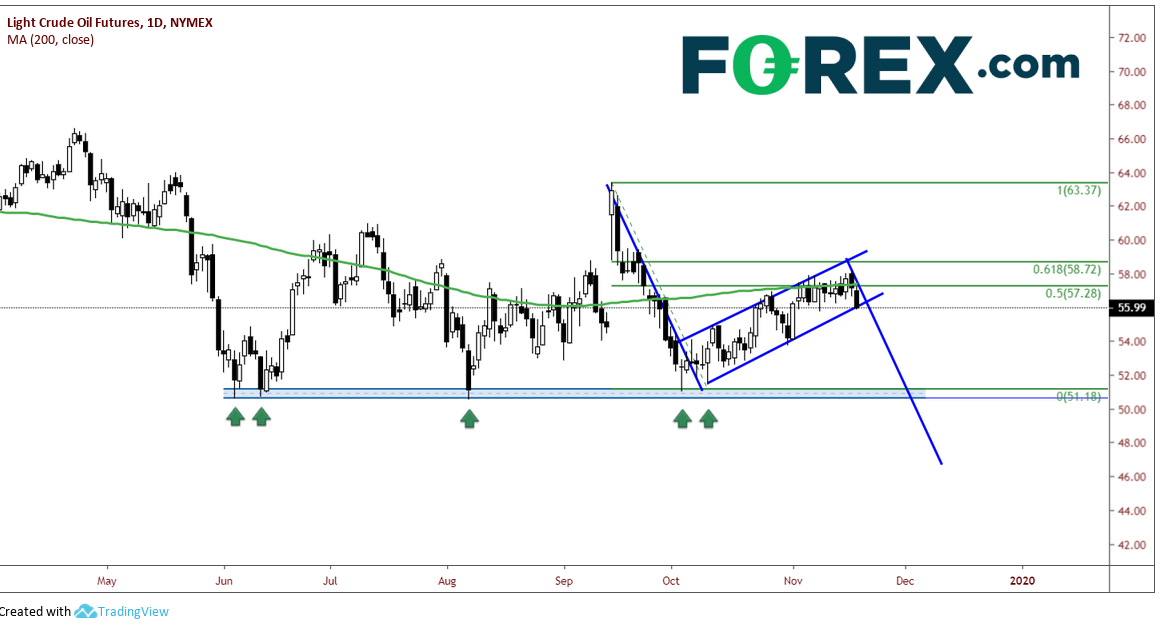 Saudi Aramco has reported just recently that they have almost enough early orders to successfully undertake their IPO, however this not to have phased the price of Crude, as it continues lower (for now).  Watch for more comments regarding the IPO, which may give direction to the price of crude. But for now, it appears US-China trade deal fears may be driving the market.  In addition, the American Petroleum Institute (API) is set to release their crude oil stock change for the previous week after today’s close.  API’s were down 500,000 last week.  If there is a large change, this can also move the price.