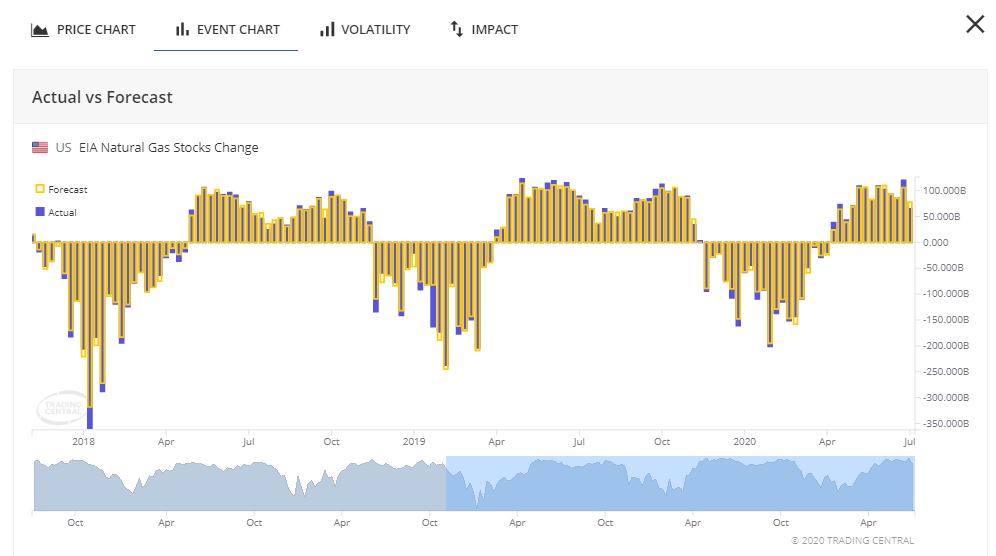 The International Energy Agency estimated that the global consumption of natural gas would drop by 4% this year, or twice amount lost after the 2008 global financial crisis.

From a technical point of view, natural gas futures broke below the March low at $1.52 before posting a strong rebound from $1.43 on a daily chart.

Currently, the prices remain capped by a declining trend line drawn from December 2019 and falling 50-day moving average. Both technical configuration would favour the bearish outlook.

However, investors should alert that the bullish divergence signal from RSI is forming. It would indicate the loss of downward momentum for the prices.


In an alternative scenario, a break above $1.89 would signal a bullish breakout of the declining trend and would call for a rebound to $2.16 (the high of May). 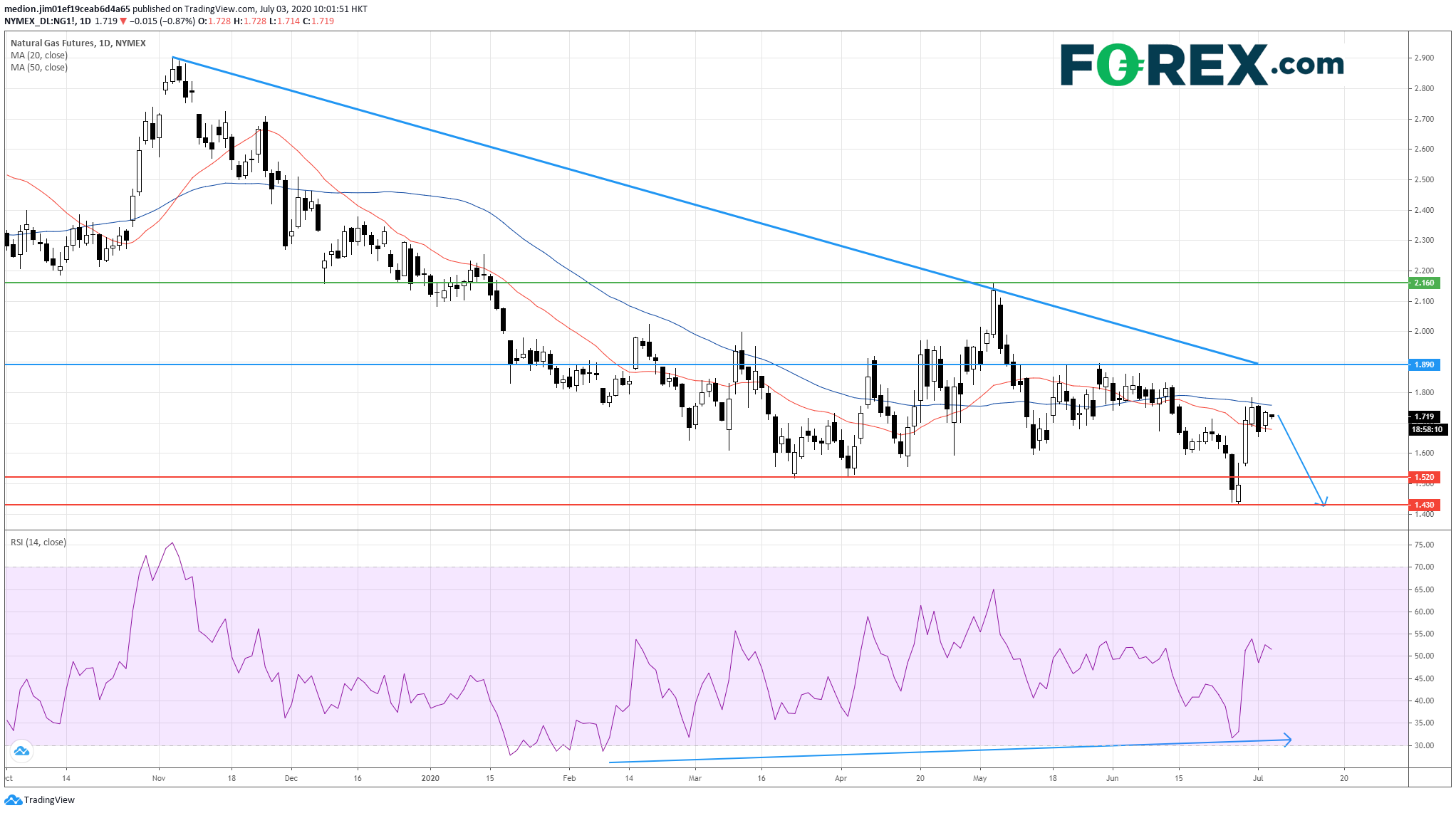