NatWest: Continuation of the rebound

From a chartist’s point of view, the stock price is posting a short term rebound. The 20/50DMAs have validated a bullish cross. The daily RSI (14) is holding above a former declining trend line and is not overbought. Readers may want to consider the potential for opening Long positions above the key support at 100p, with 128.05p and 141.4p as targets. Alternatively, a push below 100p would reinstate a bearish bias with 90.55p as first alternative target. 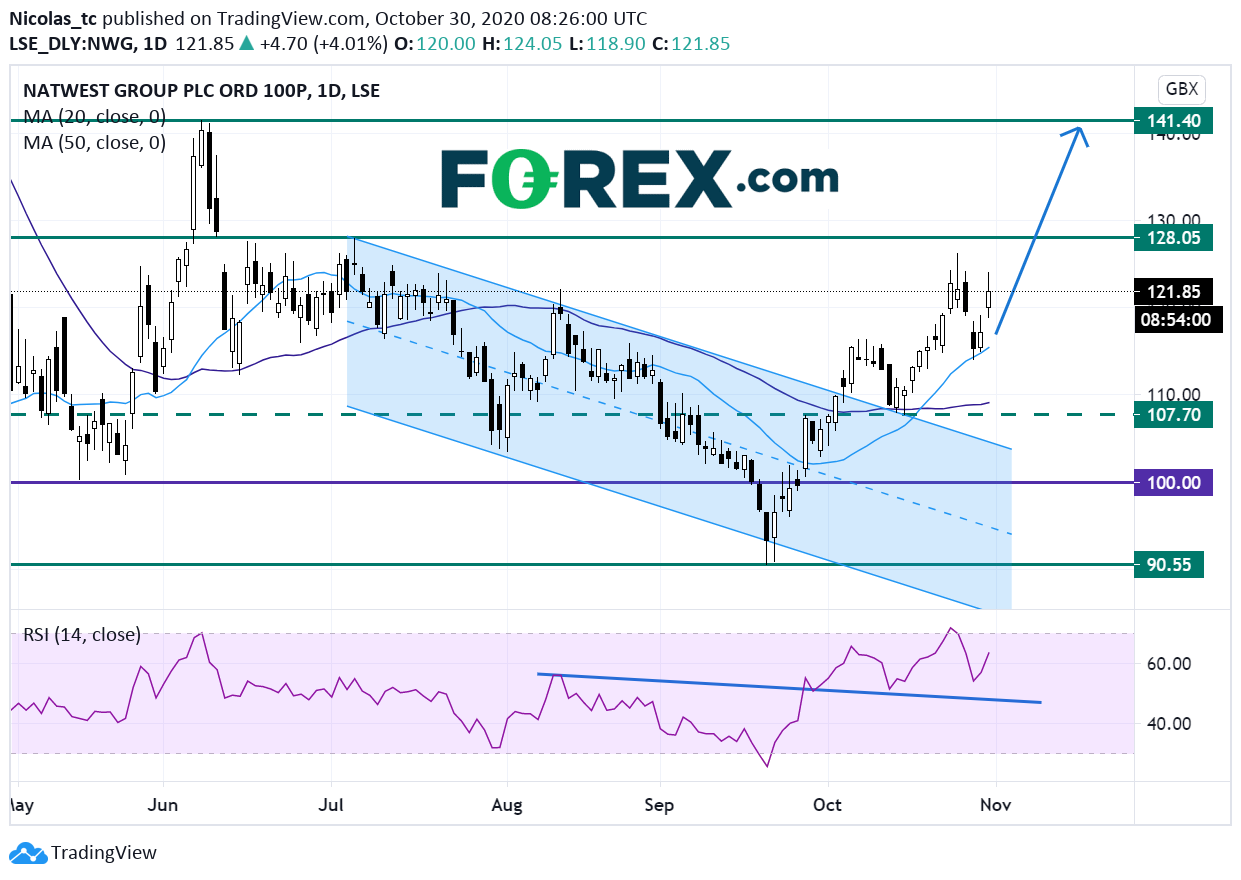