Today’s print of +559,000 may have disappointed those hoping for an early taper

For those looking to Non-Farm Payrolls for direction as to what the Fed may do at their June 16th meeting, today’s print of +559,000 may have disappointed.  Expectations were for +650,000, so it’s a weaker print. The revision to April’s print didn’t help much either.  The print was only revised from +266,000 to 278,000 (remember, economists were expected nearly 1,000,000 for the April print).  However, Average Hourly earnings was 0.5% vs an expectation of 0.2% and an April print of 0.7%!  The Fed will be happy to see that the high inflation readings from last month have flowed into earnings and wages.  The Fed has indicated that they are more concerned about the labor market than high inflation.  Therefore, the Fed may begin to “talk about talking about tapering”, but the taper may still be on hold until later in the summer.

Markets immediately made their feelings known about what the Fed may do at the June 16th meeting on the back of the payroll numbers.  Stocks moved higher, while interest rates and the US Dollar moved lower. Apparently the NFP miss was enough for some traders to believe the Fed will be on hold for longer (at least for now).   One of the risks to the DXY that we cited yesterday was a weaker than expected print (risks meaning: risk that the Fed won’t taper soon).  And with today’s NFP print, the DXY sold off from resistance just below the 61.8% Fibonacci retracement level from the May 5th highs to the May 25th lows.  Price immediately fell through prior highs at 90.27.  If the DXY closes below yesterday’s lows of 89.88, it would be extremely bearish.  The next level of support is at the top downward sloping trendline of the recent wedge near 89.75, ahead of the May 25th lows at 89.52.  First resistance is back at the highs of the day neat 90.63 and then the  previously mentioned 61.8% Fibonacci retracement level near 90.70. 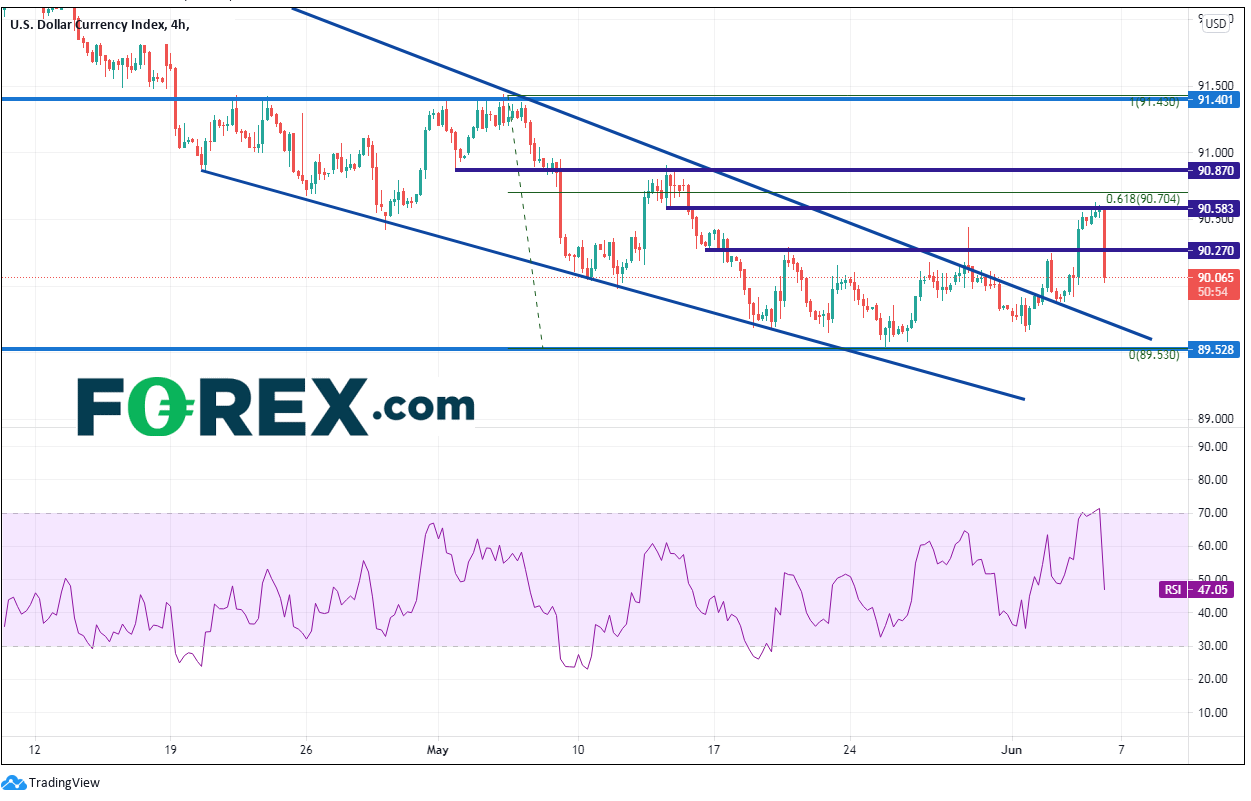 Learn more about the US Dollar Index 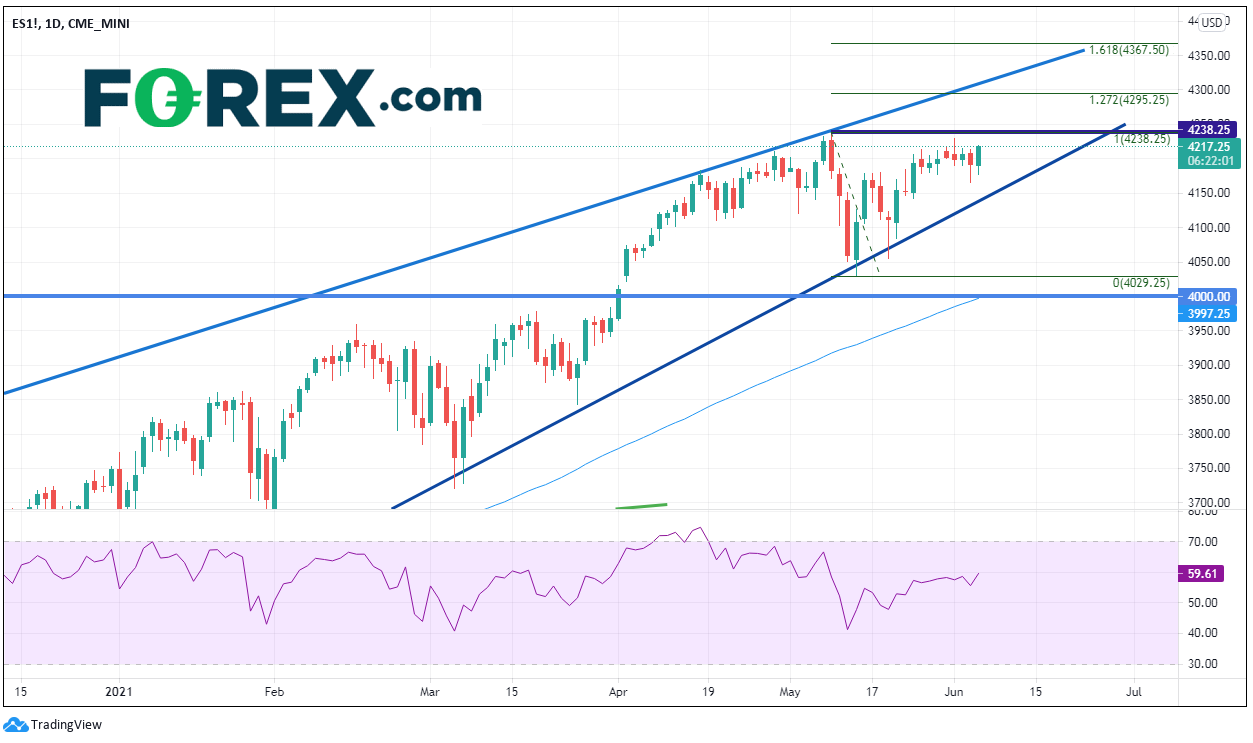 If data continues to come out weaker than expected ahead of the June 16th Fed interest rate decision meeting, the Fed will most likely push off tapering until later in the year.  However, if inflation data remains high (including the rise in earnings and wages), the Fed may be forced to “talk about talking about tapering”!