NFP: Strong beat! But does it matter?

However, there is one piece of data from the jobs report that may have the Fed concerned, and it is the Participation Rate. The rate remained at 61.6% in October vs an expectation of 61.8%. With the labor shortage contributing to bottlenecks and inflation, the Fed would like to see this number increase. In a speech just after the meeting, the Fed’s George said, “it will be a question of whether workers on the sidelines will come in over time to determine if we have reached maximum employment; THIS HAS TO HAPPEN.”  Therefore, in addition the making sure earnings is increasing with inflation, it is also important to make sure that people are re-entering the labor force.  Watch the Participate Rate moving forward.

After the release of the data, EUR/USD moved to 15-month lows below 1.1525.  On a daily timeframe, the pair has been drifting lower in a downward sloping channel since breaking out of an ascending wedge formation at the end of May, near 1.2263.    The pair is currently trading near the 161.8% Fibonacci extension from the lows of August 19th to the highs of September 3rd, near 1.1515. Horizontal support dating back to the highs of 2020 are just below at 1.1495. 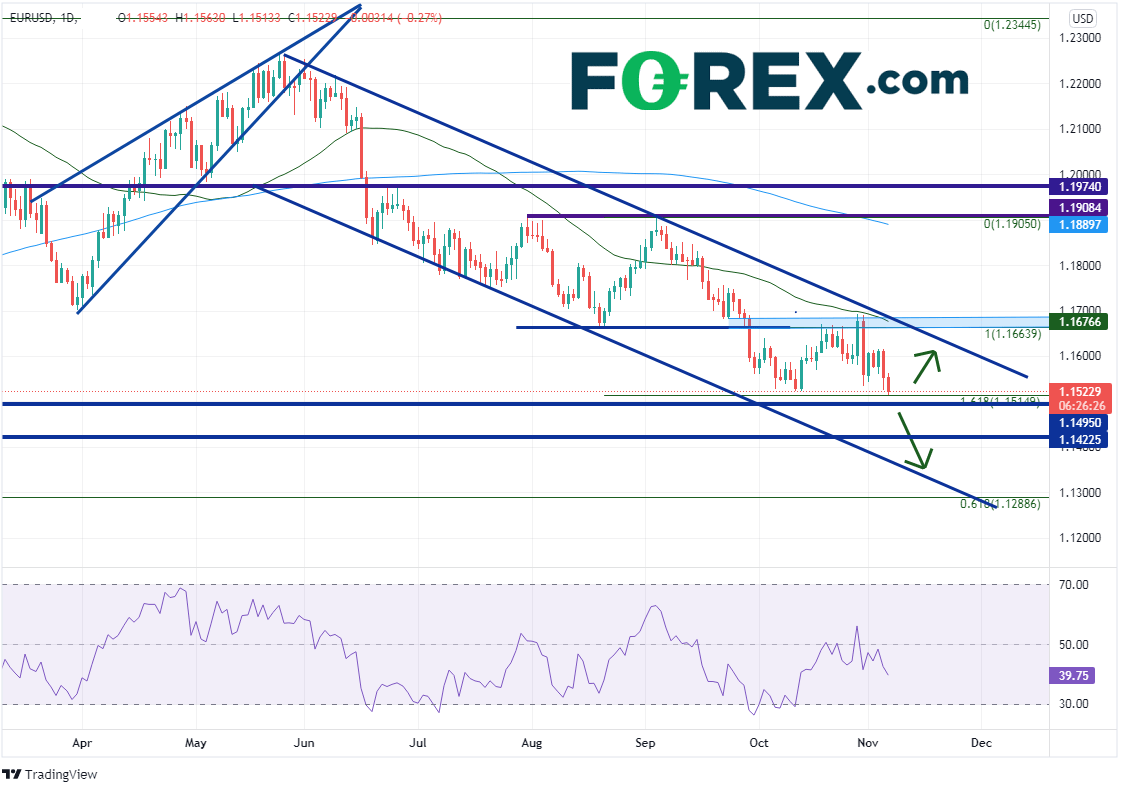 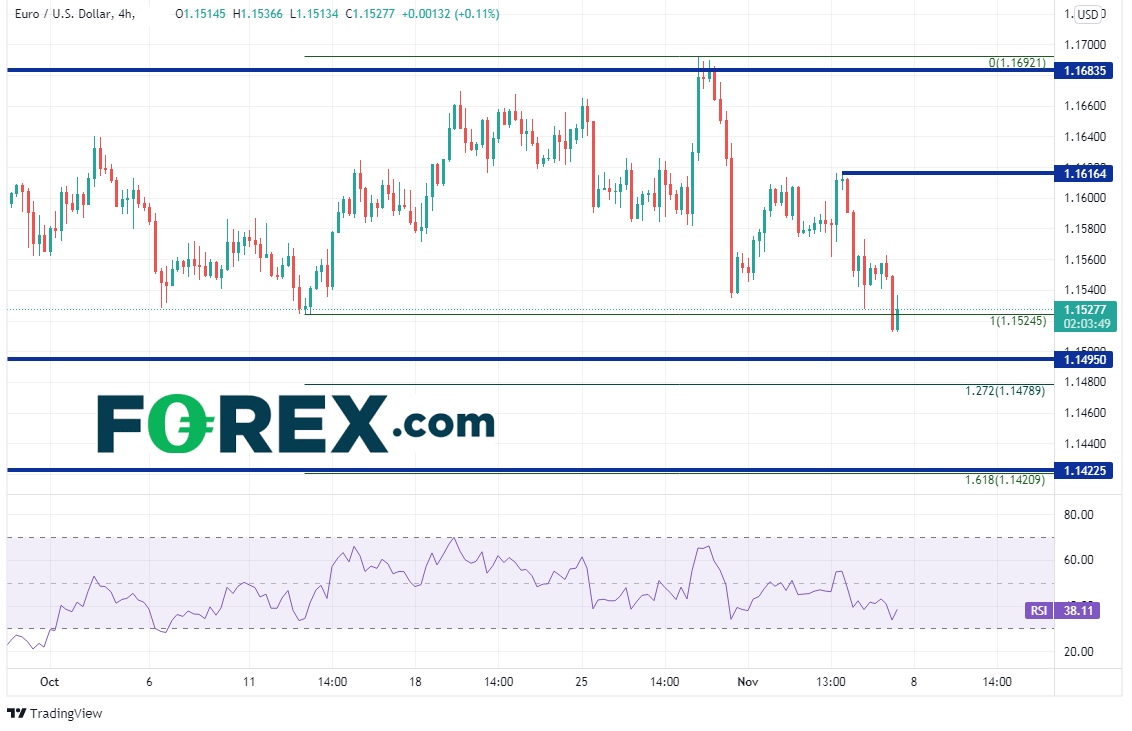 The Non-Farm payroll data was clearly a stronger than expected print for October.  However, the Fed will be watching both Average Hourly Earnings and the Labor Participation rate as well when future decisions.  Traders should be watching as well!