Fundamental and technical signs abound hinting that NIO could have further to run...

With Tesla Motors (TSLA) exploding higher in recent weeks, it’s not surprising to see traders piling into other electronic vehicle manufacturers in an attempt to catch “the next big thing.”

After brief dalliances with stocks like Nikola (NKLA) last year, active traders are now piling into the EV stock du jour, Nio (NIO). Last week, the Chinese EV maker announced record deliveries for December and 17,353 vehicles delivered last quarter, an increase of 111% year-over-year. Overall the company’s yearly deliveries rose 112% in 2020, to 43,728 vehicles. While 40,000 cars is hardly on par with the major automakers, it does show that the company can successfully bring a vehicle to market, unlike past market starlets such as NKLA.

Over the weekend, NIO unveiled a new electric luxury sedan, a longer-range battery, and other promising technologies at its annual "NIO Day" event. According to the company, the ET7 sedan will have a range of 1,000km (620 miles), dwarfing the Tesla Model 3’s 400-600km (250-350 mile) range, albeit at nearly twice the price. Crucially, the ET7 will be available early next year and is engineered to meet both Chinese and European safety standards, hinting at the potential to lucrative markets outside of The Middle Kingdom.

Much like with TSLA, traditional technical analysis is not going to tell us too much about NIO’s chart: it’s obviously in an uptrend, technically “overbought”, and showing strong bullish momentum. After consolidating around $50 for most of the past two months, the stock is less stretched than some of the most euphoric charts, hinting that it could have further to run after Friday’s breakout. 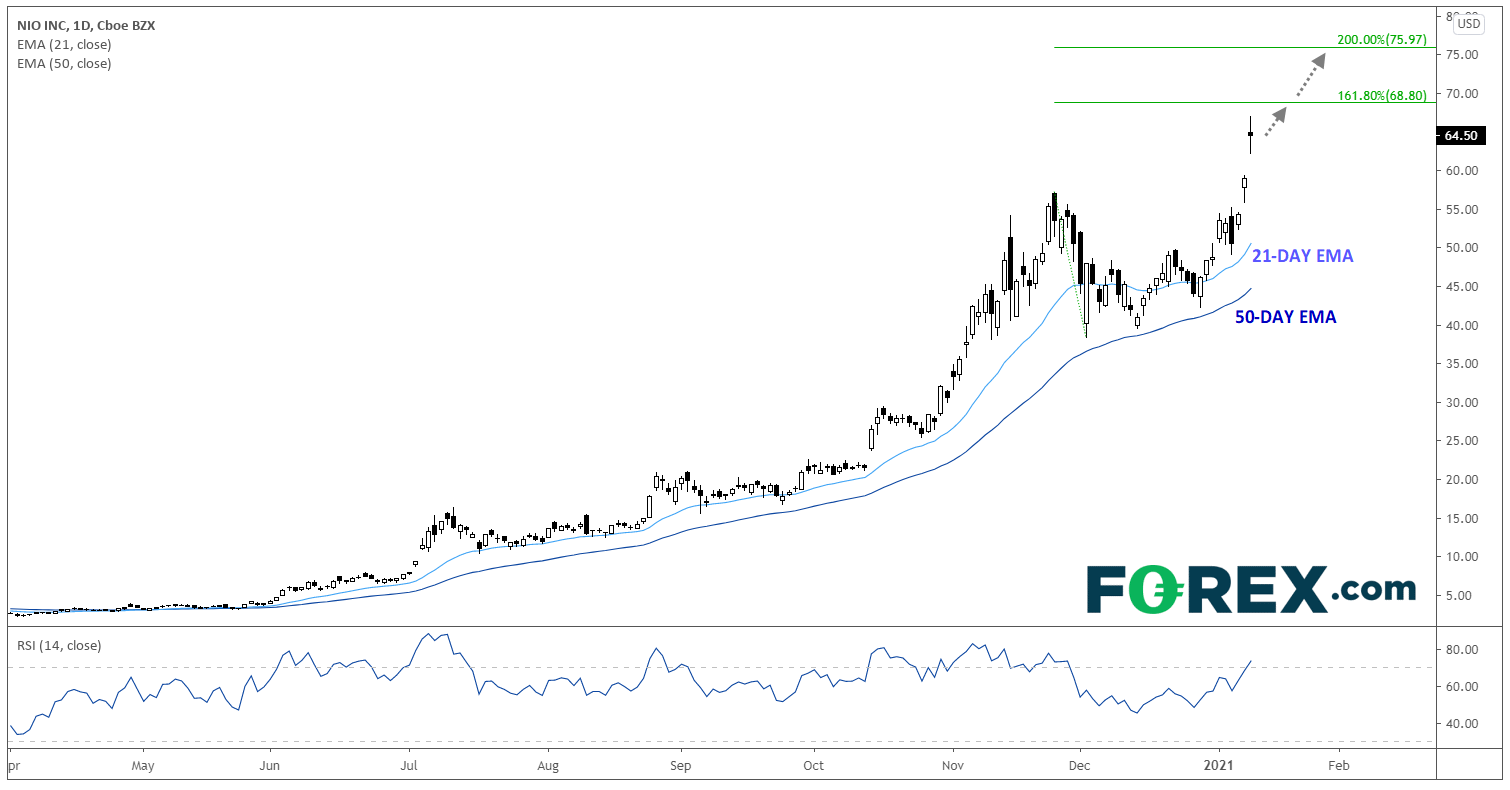