Norway may Intervene and Buy Krone

Today, the Norges Bank said it would consider intervening and buying the Krone.

Two of the largest moves we have seen over the past 2 weeks have been the strong bid in the US Dollar and the dramatic fall in the price of crude oil.  So, what happens to a country ‘s currency (vs the USD) that relies on oil and gas for 40% of its export revenue and 20% of its GDP?  It falls 30% in less than 2 weeks!

On March 9th, the day after Saudi Arabia said it would counter Russia’s refusal to cut supply by pumping its own oil as much as possible, the Norwegian Krone stood near 9.2500.  Today, less than 2 weeks later, the pair reached a high of 12.1224.  Nearly halfway through the move, the Norges Bank held an emergency meeting and cut interest rates from 1.5% to 1.0%.  However, this action failed to halt the move higher and it continued this week. Today, the Norges Bank said it would consider intervening in the market and buying the Krone to slow the devaluation.  The Norges Bank has not intervened in the market since 1999.   The Central Bank also said they would offer loans for up to 12 months to help those affected by the coronavirus.  As a result,  after putting in today’s highs, USD/NOK retraced on the day and ended up putting in a LARGE shooting star candlestick formation.  A shooting star is a one candle formation indicating a possible reversal. Resistance isn’t until today’s highs near 12.1225 and first support isn’t until yesterday’s lows near 10.5000. 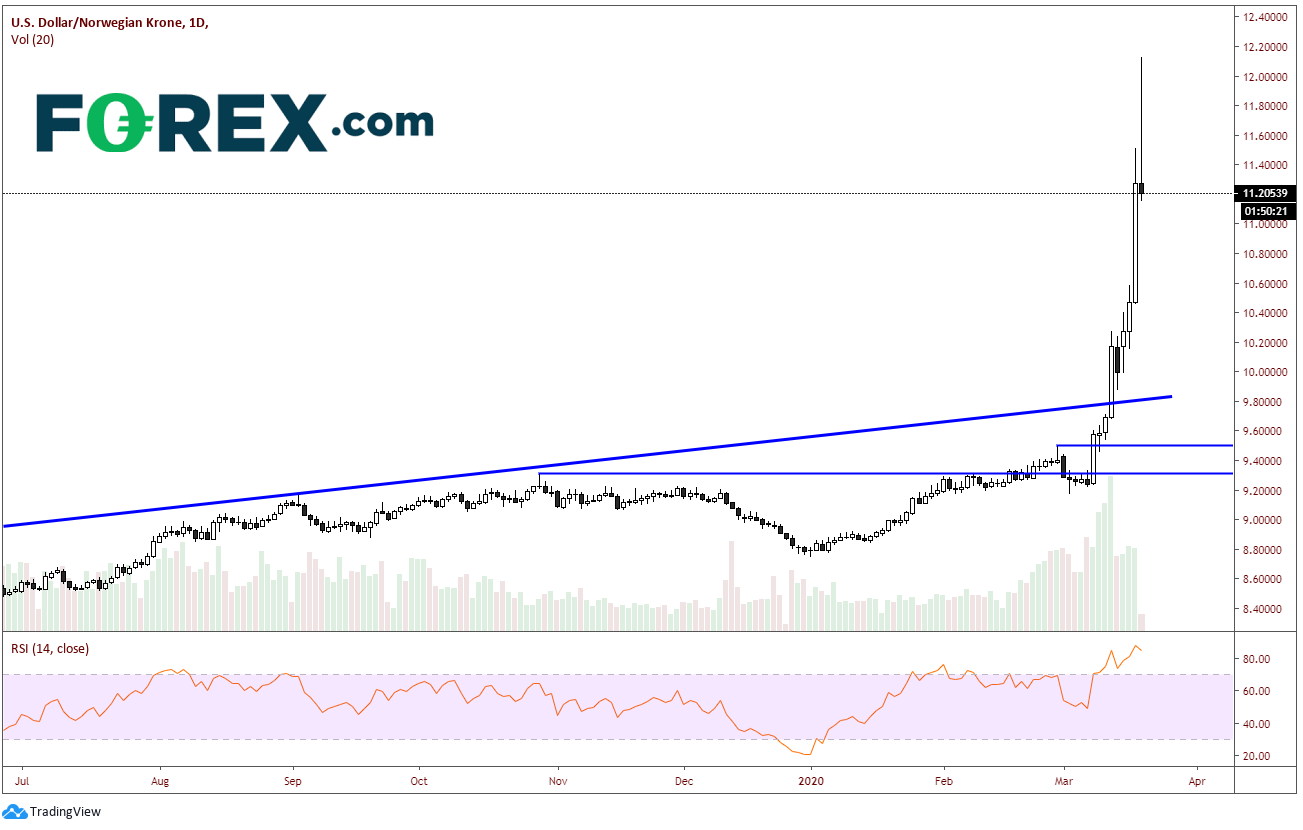 USD/NOK isn’t the only Norwegian Krone pair to reverse today.  The result of the Norges Bank comments also had a reversal effect on the EUR/NOK after a 20% run up during the same timeframe.  Resistance again is at today’s highs near 13.1492.  Horizontal support is near 11.5980, then yesterday’s lows at 11.5072.  The pair also put in a huge shooting star formation. 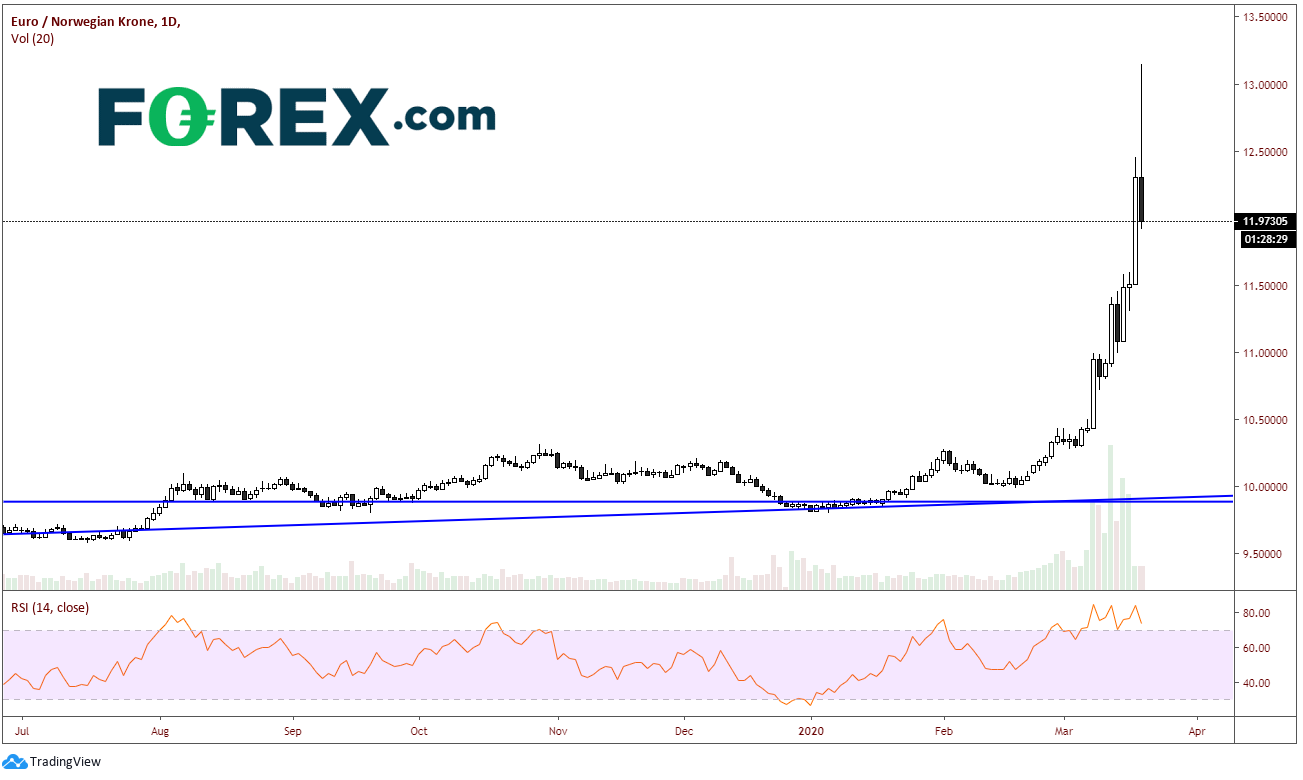 Note that towards the end of the Crude Oil Futures trading session, US President Trump hinted that the US may intervene and buy oil for the Strategic Petroleum Reserve (SPR).  This helped Crude Oil’s rally of 25% today, however most of the move was during the US session, and well after the Norges Bank comments.   But this did help reinforce a lower USD/NOK. 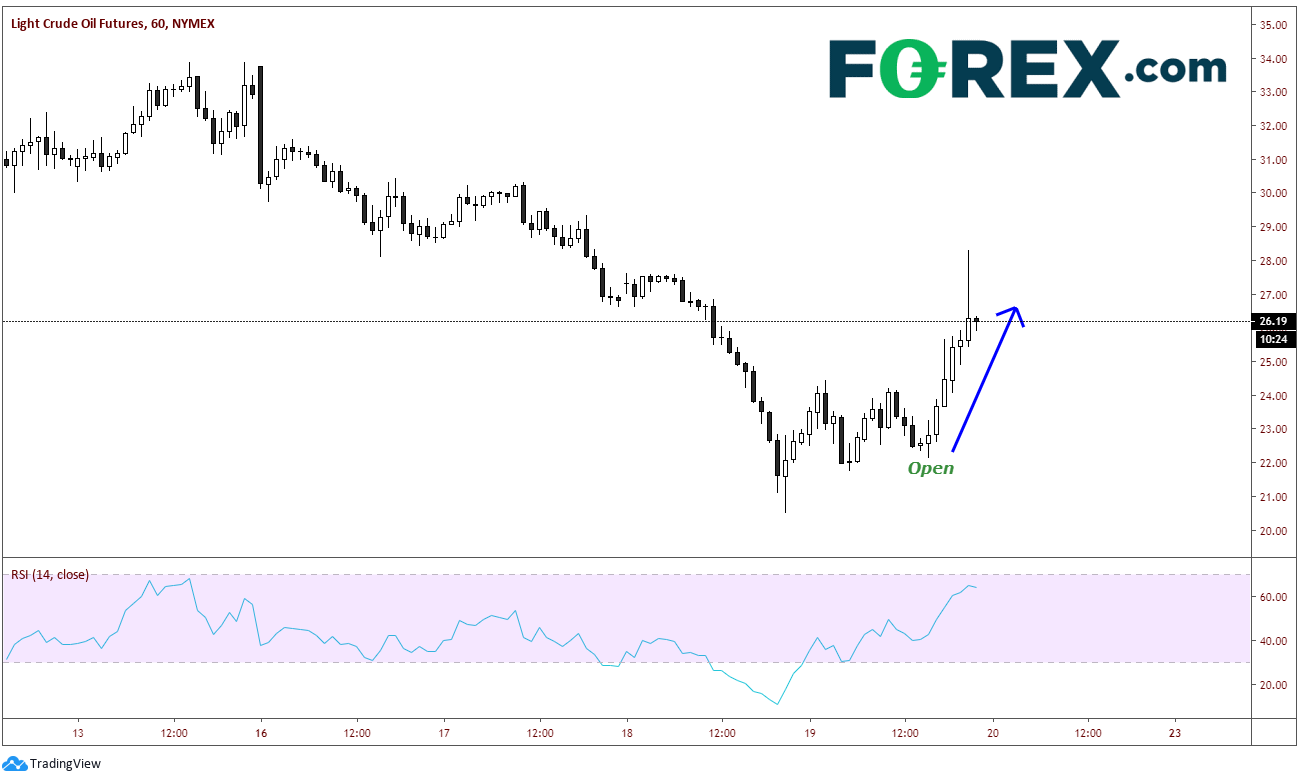 When it comes to trading the Norwegian Krone, there are at least 3 factors we need to pay close attention to:

These are all currently driving the price of USD/NOK and EUR/NOK.  A change in any one of them could result in a change in direction of the Norwegian Krone.