RBNZ shifted to a dovish stance in March meeting, adding into their statement that “the next OCR direction is more likely to be down” and the “balance of risks to their outlook have shifted to the downside”. On the back of this we suggested their May’s meeting could be live and today’s CPI miss makes this the more likely.

The market reaction suggests traders are pricing in a rate cut in May to 1.5%, which would place their OCR at the same level of the RBA. Money flows into bonds, pushing the 2-year yield down to 1.48% with a 9bps drop, its worst session since 27th March (RBNZ’s last meeting). NZD/USD spiked -1.5% in a heartbeat and AUD/NZD spiked beyond our 1.0670 target (bullish wedge). It’s the weakest currency of the session by a long shot and clearly has accounted for all meaningful volatility. That said, after such a volatile move the pairs do run the risk of being over-extended over the near-term. But, structurally, we see the potential for further NZD weakness once key levels are broken. 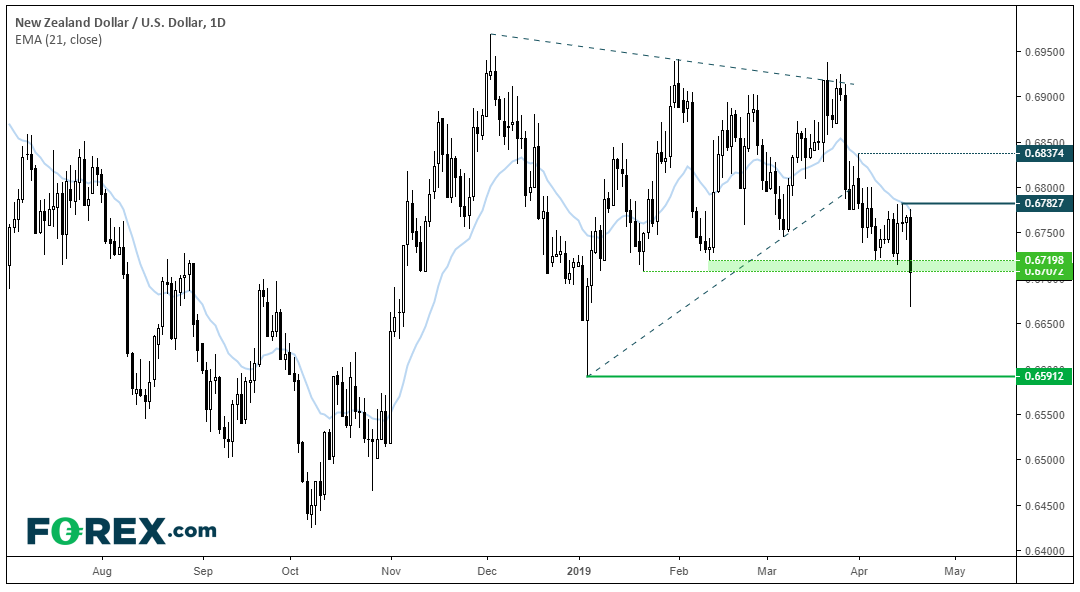 We can see on the daily chart that NZD/USD had been coiling within a triangle throughout Q1, before the elongated bearish candle on 27th March paved the way for a breakout. Whilst subsequent action drifted unconvincingly lower, today’s bearish range expansion puts momentum back into the hands of bears. Currently hovering around prior support, a close below 0.6700 today would be constructive of further downside. Ultimately, we remain bearish below 0.6783 and look for it to head towards the 0.6591 high. 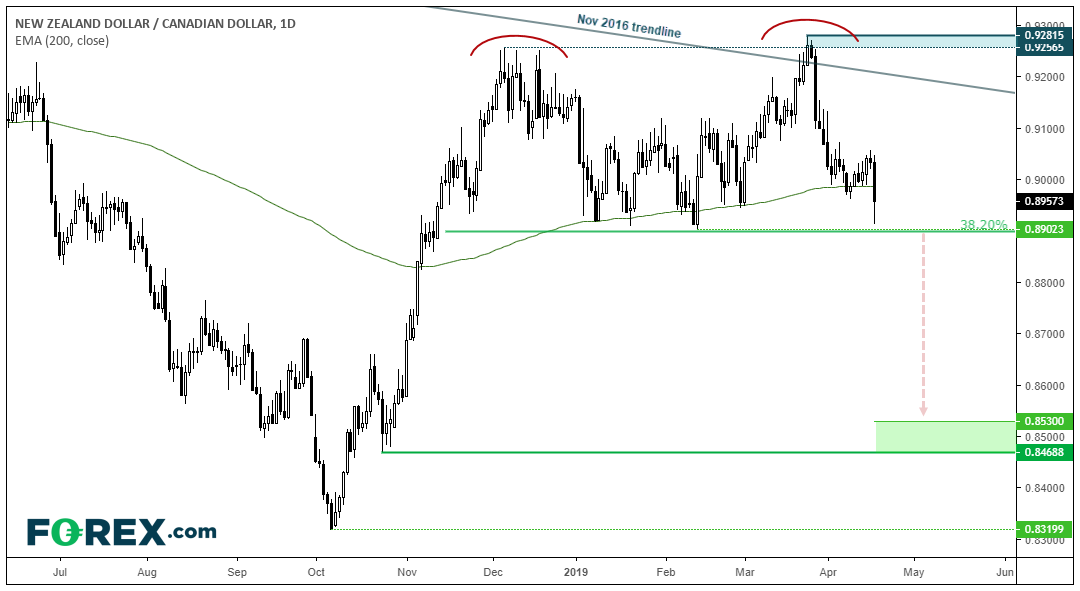 Further out, we’re also keeping an eye on NZD/CAD for a break lower. Near the end of March we highlighted its technical juncture around its November 2016 trendline and, after a mild attempt to break it, prices have rolled over in line with the longer-term decline.  A double top pattern appears to be forming and, if successful, project an approximate target around 0.8530. A clear break below 0.8900 confirms the double top, invalidates the 38.2% Fibonacci level and takes us back in line with the longer-term bearish trend.