The RBNZ is widely expected to keep interest rates unchanged at 1.75%. It last changed rates back in November 2016, when the benchmark Official Cash Rate (OCR) was trimmed from 2.0% to its current rate. Unless the RBNZ hints at a near future hike, the NZD/USD could extend its declines further. 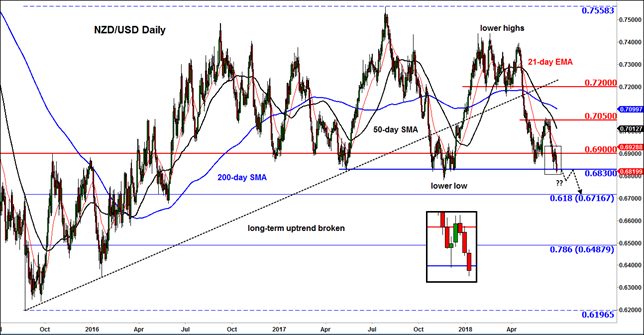