A bullish continuation pattern is in the works: Chart

The US Dollar was bearish against most of its major pairs on Friday with the exception of the GBP. On the US economic data front, Markit's U.S. Manufacturing Purchasing Managers' Index rose to 53.3 on month in the October preliminary reading (53.5 expected), from 53.2 in the September final reading.

Markit's U.S. Manufacturing Purchasing Managers' Index rose to 53.3 on month in the October preliminary reading (53.5 expected), from 53.2 in the September final reading.

Looking at housing data, Existing Homes Sales increased to 6.54 million on month in September (6.30 million expected), from a revised 5.98 million in August, a level last reached in mid 2006. The Mortgage Bankers Association's Mortgage Applications slipped 0.6% for the week ending October 16th, compared to -0.7% in the prior week. Finally, Housing Starts rose to 1,415K on month in September (1,465K expected), from a revised 1,388K in August.

The Federal Reserve's Beige Book stated that all districts have seen continued growth at a moderate pace since the downturn, however there is concern about the restaurant industry as cold weather approaches since they have relied on outdoor dining. Employment increased across all districts, although growth remained slow. Prices rose modestly across all districts, most notably consumer prices of food, automobiles and appliances increased significantly.


The largest FX pair gainer of the week was the NZD/USD which gained 1.26% or 83 pips. Looking at a daily chart of the NZD/USD, a diamond continuation pattern is taking shape. The preference is for a break to the upside which would signal a continuation of the uptrend that started back in March at the pandemic lows. A break above 0.6795 resistance would be the signal bulls are waiting for. However, a break below 0.6485 support would be a bearish signal with a decline to the next major support level likely at 0.638. 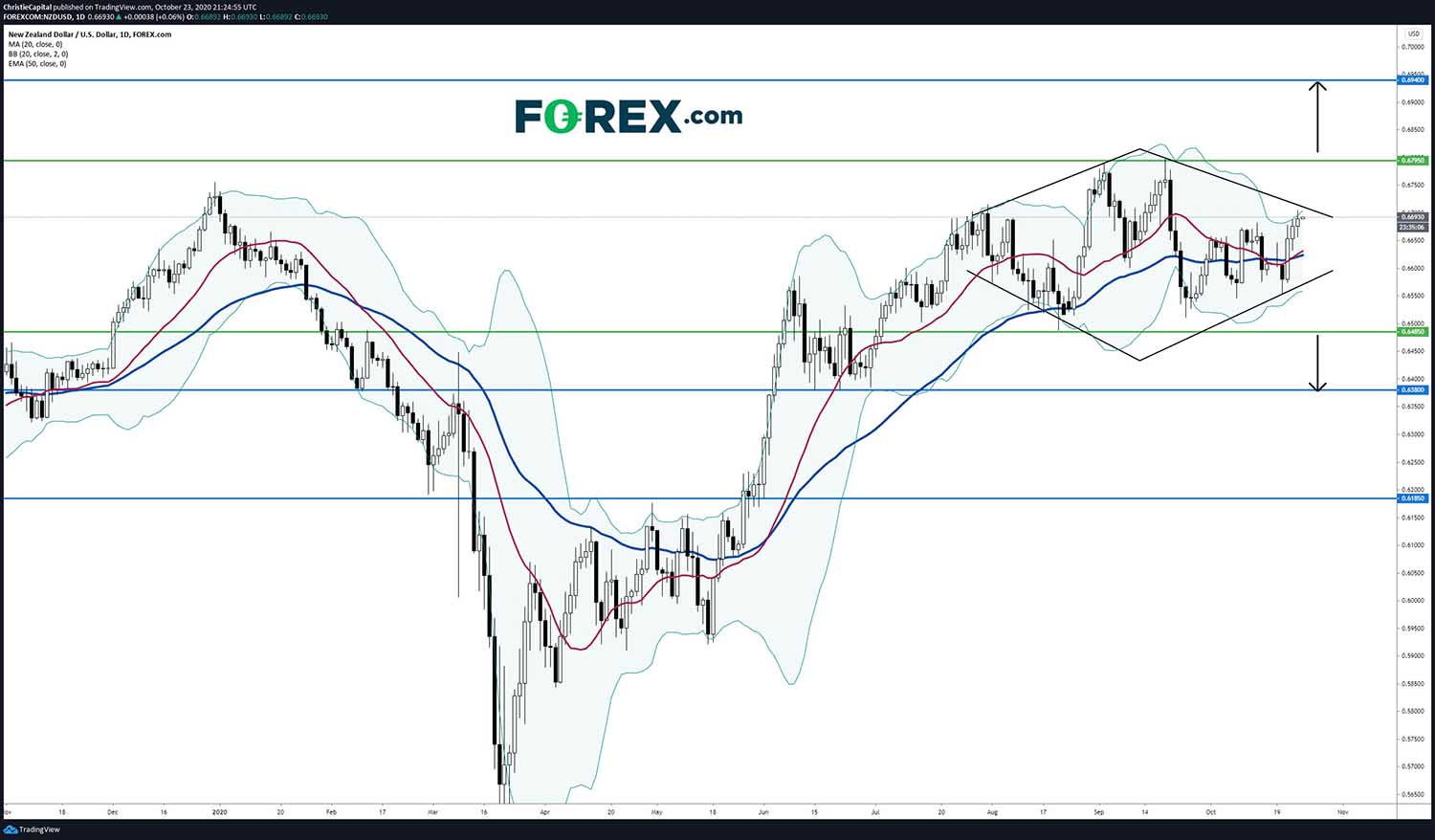