US and Chinese trade negotiators are planning to delay the December 15th tariffs.

According to the Wall Street Journal, US and Chinese trade negotiators are planning to delay the December 15th tariffs.  Stocks and USD/JPY immediately went bid on the headline, as markets are taking this as a positive.  However, this news doesn’t change the fact that Phase One of the trade deal isn’t signed.   In October, President Trump told us that Phase One of the trade deal was basically done.  Now, two month later, a trade deal is still not signed.    If anything, the delay in tariffs shows just how hard it is for the US to get a trade deal signed.

In addition, Ross said this morning that the Phase One of the China Trade deal will be largely about agriculture and trade.  Does this mean that when Phase One of the trade does get signed, it will be slimmed down and to just include the bare bones minimum?

USD/JPY spiked higher on the headline, however has since pulled back: 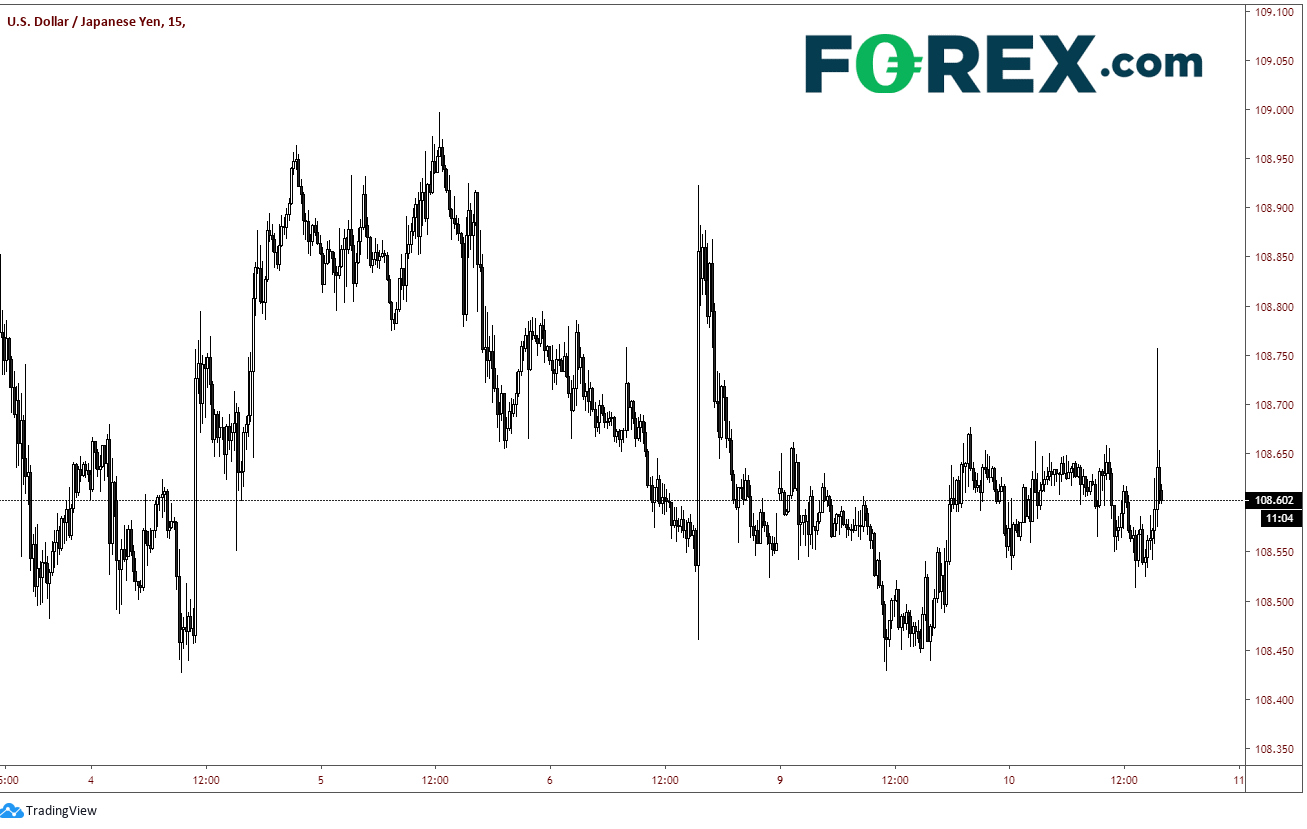 On the other hand, S&P Emini Futures spiked higher (15 handles!)  and remain higher heading into the open. 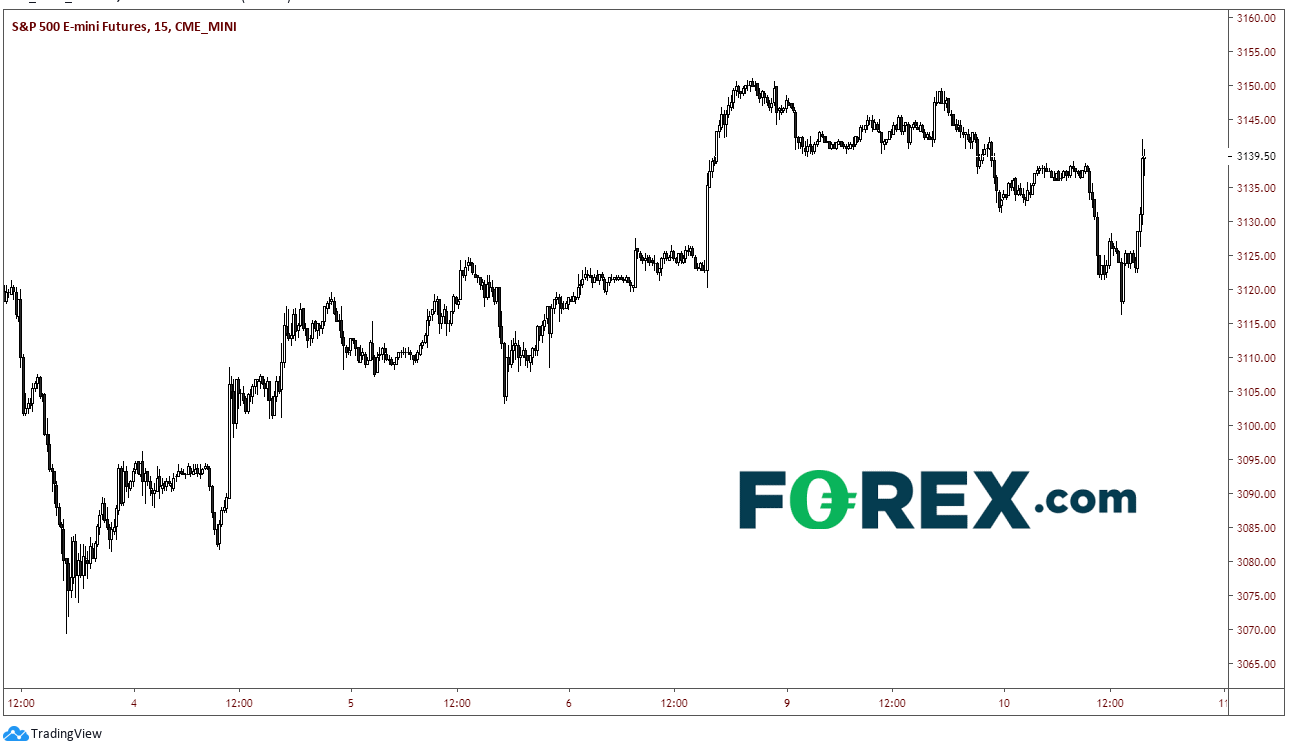 The market has been buying stock indices all year though, which is why they are near all time highs.  This was just another excuse to buy on a dip.  All time highs remain just above at 3158.  S&P 500 Futures held overnight support near 3120.  Support below there is at the long term trendline dating back to early October 2018 near 3075. 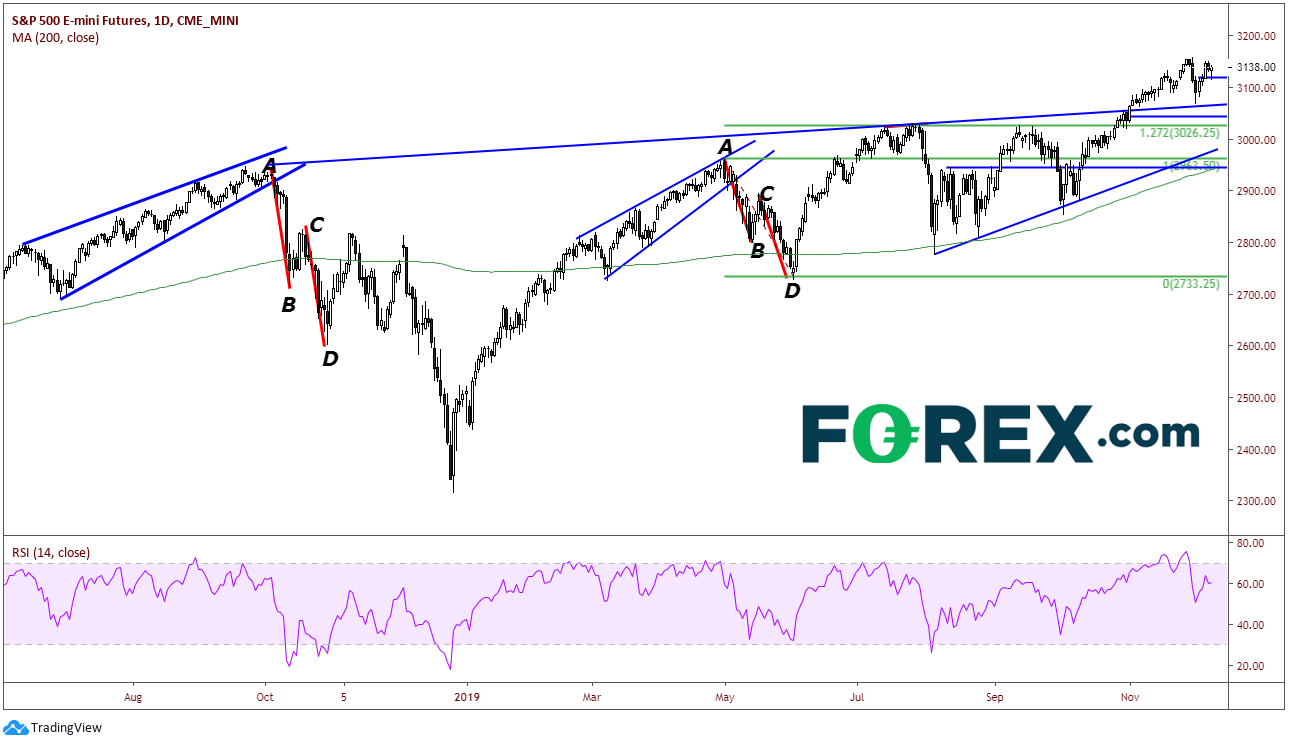 Watch for the risk on theme to continue regarding headlines about the US-China trade deal.  As we have seen many times this year, even if the news is negative and stock market indices sell off, they may be bought on the dip!