Why we're watching for potential volatility in oil next week

Traditionally the biggest correlation between crude oil, Thanksgiving and Black Friday is volatility, and then a drop. Similar to August, when trade volumes are thin enough for moderate-size deals to push a market much further than on a normal day, the Thanksgiving week typically sees more volatility than the week before or after. The direction of swings has far less to do with market fundamentals than speculation. However, in the last five years, crude oil prices regularly dropped immediately or shortly after Thanksgiving with one of the worst drops happening in 2014 when prices plunged $10 in the space of a week.

The outlier in the week ahead will be US-China relations which keep yo-yoing and pulling the oil market in their wake. President Trump’s latest comment is that a deal is very close and if there is further evidence of a rapprochement this will trump any other market influences (pun intended!).

Before the US tucks into turkey and pumpkin pie though, US third quarter GDP data will be published but is not expected to show much difference from the previous 1.9% increase. Jobless data and new home sales will provide a possibly better clue about future demand.

Initially the OPEC meeting in Vienna and the Aramco IPO which is due to take place shortly after the meeting looked like two distinct and separate events, but as 5 December gets closer – the day when OPEC meets and Aramco closes its pre-IPO roadshow – it is becoming clearer how interlinked the two will be.

Saudi Arabia seems desperate to get a high price for Aramco shares to the point that it abandoned selling to foreign investors who were reluctant to accept the Saudi valuation and is now selling only to local investors. The country is aiming for a price that will value the company at between $1.6T and $1.7T in sharp contrast to Western valuations which range between $1.0T and $1.2T. With so much state influence in the company and a vested interest to keep the share price moving higher, the overlap with OPEC will come from the pressure to keep oil prices in a strong enough trend to support this upward curve. This will be a tall order when weakening global demand and high levels of production in the US are keeping oil under pressure. 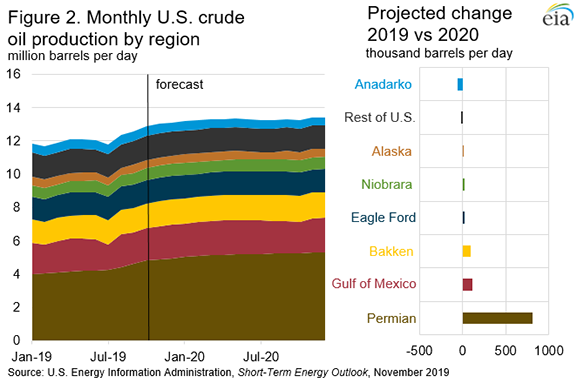 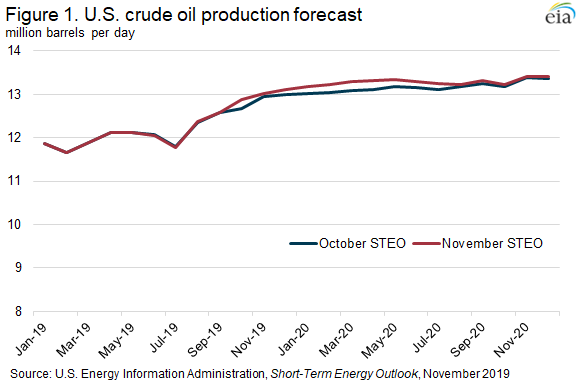 By now most OPEC producers will have laid their cards on the table: they want to keep prices well supported but are reluctant to cut production any further because it would weaken their national income. Russia is still the joker card in the pack. While it will not be keen to go against Saudi Arabia by not agreeing to extending existing cuts, it equally will not want to cut its production further, particularly during the winter when any output changes are technically more challenging.  In the week ahead look for further comments from Russia going into the OPEC meeting and for indicators that Saudi Arabia is increasing pressure on its oil allies to try and shore up crude prices.