WTI crude oil futures (October) slid 2.9% to $41.51 a barrel yesterday, while Brent oil futures dropped 2.8% to $44.43, pressured by the rebound in the U.S. dollar. In addition, investors expected the fall of crude oil demand as the refiners will soon halt operations to conduct maintenance.

Iraq may seek a two month extension to implement the extra production cuts for OPEC+ deal, suggesting that the country would not reduce its output quickly as it previously promised, reported Bloomberg.

However, as the previous low at $39.0 is still acts as the support level, the process of higher tops and higher bottoms has not violated. Therefore, readers should stay neutral for the range trading. 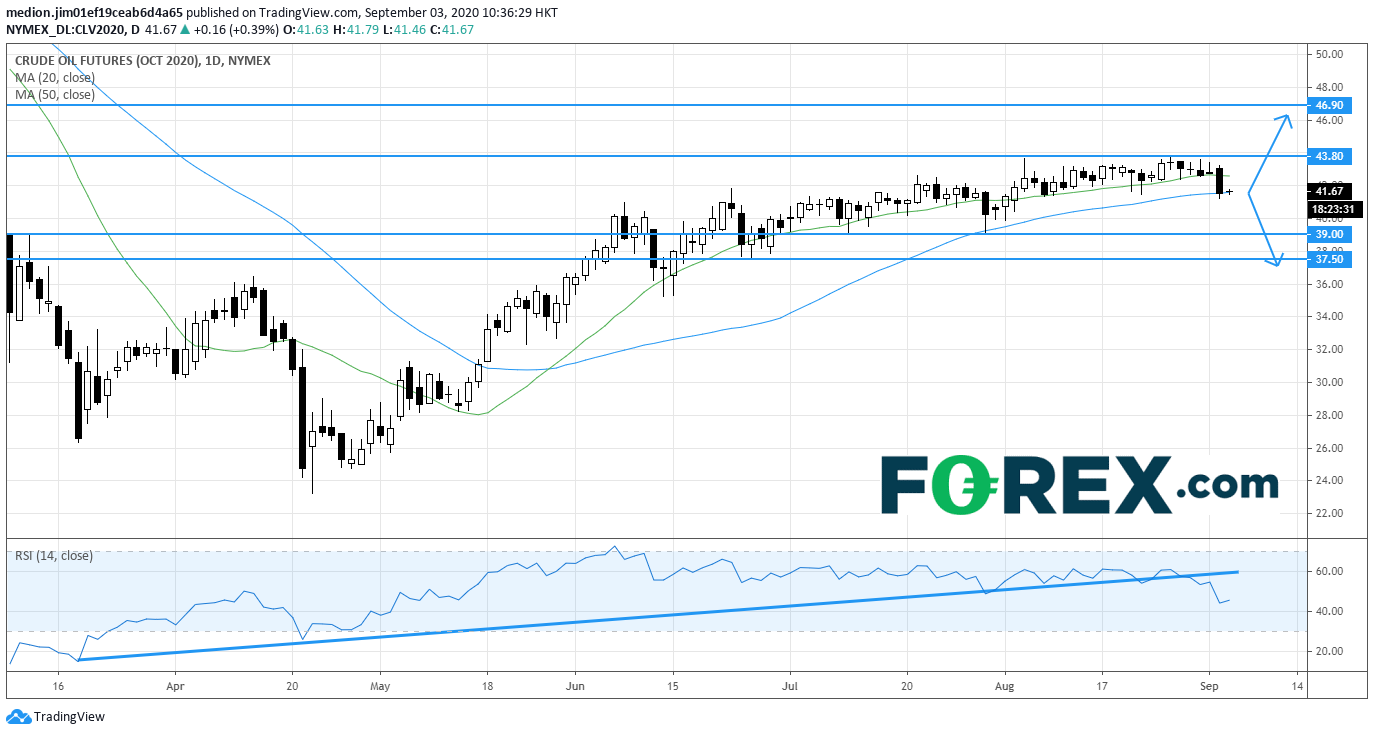 On a daily chart, the Brent oil prices retreated after failing to penetrate the previous high at $46.60. Currently, the oil prices are testing the 50-day moving average. The relative strength index also breaks below the support level at 54.

However, the series of higher tops and higher bottoms since April's low remains intact. Therefore, readers should maintain neutral bias and expect the range trading.