Oil Slips Ahead of OPEC+ Meeting

Oil prices fell to a 4-week low overnight, during their most bearish session in 3-months.

The main focus for oil traders will clearly be today’s OPEC+ meeting. Despite calls form the US for OPEC nations to increase their output, it has effectively fallen on deaf ears. The US (and rest of the world) are feeling the inflationary forces of higher oil prices, enough so that it is making an impact on monetary policy decisions to the point it is now political.

Citing risks of the coronavirus pandemic and rise in oil inventories, Saudi Arabia’s oil minister has said “we are not yet out of the woods” as the crisis isn’t necessarily over. This means OPEC+ are expected to stick to their plan of increasing production by 0.4 million barrels per day each, despite the surge in energy prices.

To expect any meaningful volatility today we may need to see OPEC increase production at a much faster rate, thus weighing on oil prices which are sitting around $80. But this is an outside chance. If they stick to the plan we could expect oil to recoup some of yesterday’s losses, whilst a surprise cut could spur a rally for oil prices.

Chop until you drop

We had raised concerns that the bullish rally on oil prices were headed for some big resistance levels. Moreover, we expected choppy price action around those highs until it either corrected or had paused for long enough and found a new catalyst to resume its trend.

So far WTI is on track for its second consecutive bearish week unless it close above 83.57 tomorrow. Should it close around current levels then the weekly chart will have a 3-week bearish reversal pattern called the Evening star, painting a bearish bias on that timeframe. 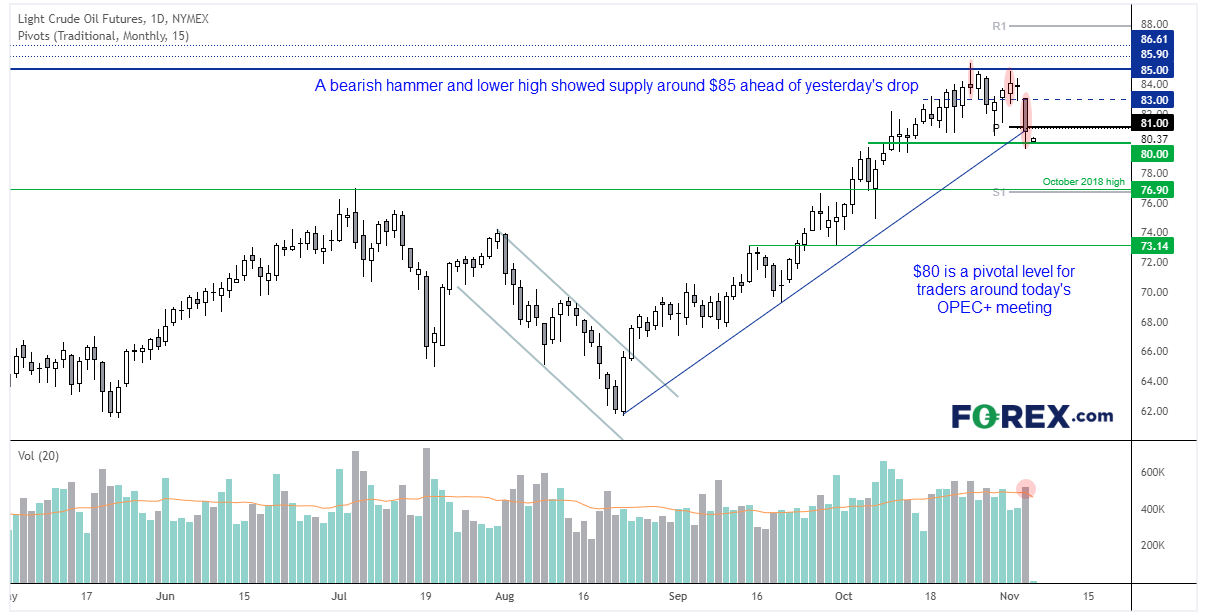 If we switch to the daily chart its bullish trend remains apparent despite its volatility of late. Prices are holding above $80 (although beneath its bullish trendline) so $80 is clearly an important level today. For example, $80 could be used as a springboard to recoup some of yesterday’s losses, if OPEC+ do not deviate far form their plan. Using intraday price action (below), we note that 81.00 – 81.50 and 82.50 make viable targets / resistance zones, with stronger resistance likely residing around $83.0.

However, should OPEC+ surprise markets and notable increase output as the West have repeatedly requested, we would expect WTI to fall below $80 and head back towards the October 2018 high around 76.90. Just take note that there was some strong buying activity around 79.15 at the beginning of October so that may act as an interim support level. 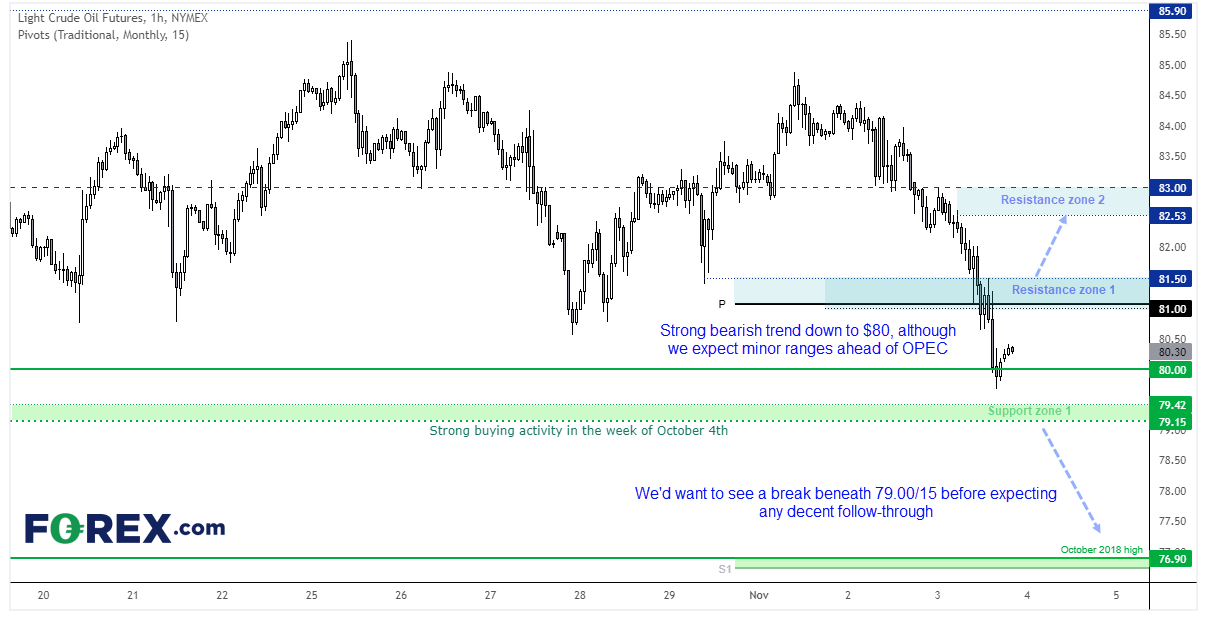 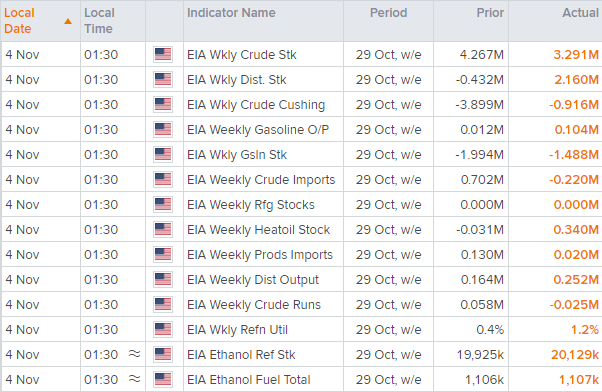