The group meets on Monday to discuss whether they should increase the current output of oil from 400,000 bpd

Some point to the rising energy costs in Europe and the gasoline supply issue in the UK as a reason that OPEC may want to increase supply.  However, $80 oil is not over-the-top high. Goldman Sachs even predicts that WTI will rise as highs as $90 a barrel by the end of the year. However, the UK Petrol Retailer’s association says there are signs that the crisis at the pumps is easing.  In the US, Tuesday’s API Crude oil stock change for the week ending September 24th also showed that there was a 4.127-million-barrel gain vs a draw of 6.108 million barrels the prior week.  EIA data confirmed the API numbers today, showing a build of 4.578 million barrels vs a draw of 3,481 million barrels last week.  When OPEC+ meets next week, they are expected to leave production unchanged at 400,000 bpd.

In discussing the UK gasoline shortage last week, we noted that Brent oil was approaching the 61.8% Fibonacci retracement level from the October 2014 highs to the April 23rd lows near 78.57.  UKOIL took that level out yesterday (as well as made new yearly highs), however retreated during the day forming a possible 1 day outside reversal candle. Today,  price is hovering near the previous highs from July 6th at 77.64. If price can manage to break above yesterday’s 80.06 highs, it can run to the October 2018 highs near 86.61!  Horizontal support is now below at 75.80 and then the 50 Day Moving Average at 72.41. 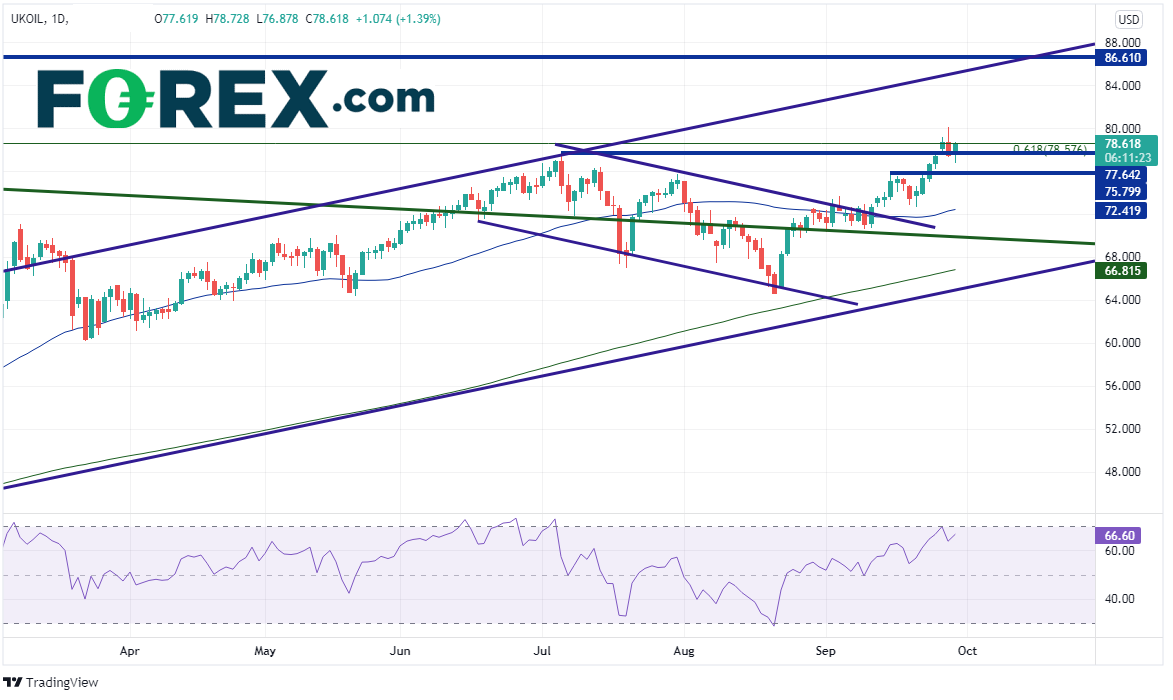 West Texas Intermediate Oil formed a similar pattern as Brent Oil yesterday, however, was unable to break into new high territory for the year. In addition, price did not close below the prior day’s low. That leaves hope for the bulls that the recent rise in WTI will continue.  In August, price had made an inverted head and shoulders pattern.  Price broke above the neckline on September 10th and is currently nearing its target which is near 78.20.  Resistance is above yesterday’s highs of 76.84 and then the July 6th highs , just above at 77.14.  Above the inverted H&S target, the next resistance is the 127.2% Fibonacci extension from the July 6th highs to the August 23rd lows at 81.25.  Support is at the September 15th highs near 74.28, then the bottom, upward sloping trendline from the longer-term channel near 70.75.  Below there is horizontal support near 69.84. 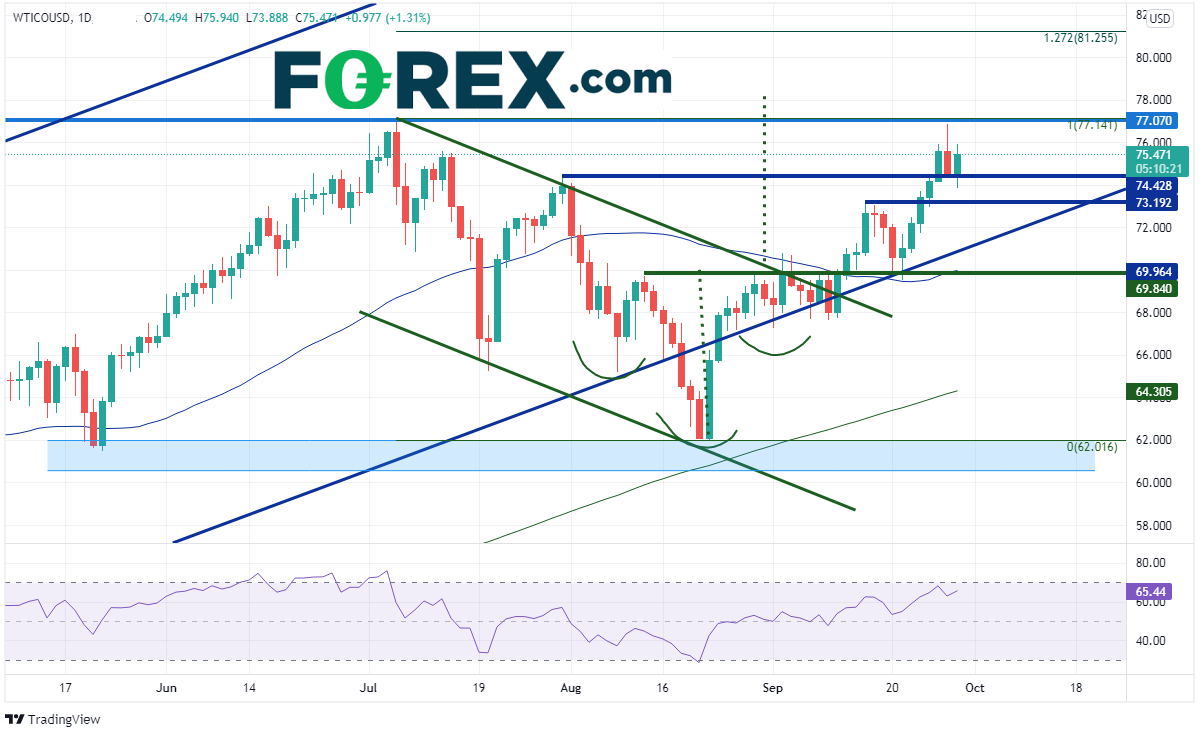 No change is expected from the virtual OPEC+ meeting on Monday.  However, if demand and supply chain issues both continue to increase, the price of Brent and WTI crude oil could continue to move higher!