“Opening Up America Again” is pushing USD up

Yesterday evening, U.S. President Donald Trump announced a plan for eventually reopening the country's economy in several phases -- "Opening Up America Again" -- which is based on the severity of the coronavirus outbreak in each individual state. This was seen as a positive signal for the U.S. economy and pushed the USD higher versus its pairs. At the same time, New York and other East Coast states announced extension of their shutdown of nonessential businesses to May 15.

From a technical point of view, EUR/USD has broken below a rising trend line in place since March bottom and remains capped by its 50-day moving average (in blue). The daily RSI stands within its selling area just below 50. Readers may therefore consider the potential for further weakness below horizontal resistance at 1.1030. The nearest support would be set at horizontal support at 1.0780 and a second one would be set at set at March bottom at 1.0630 in extension. 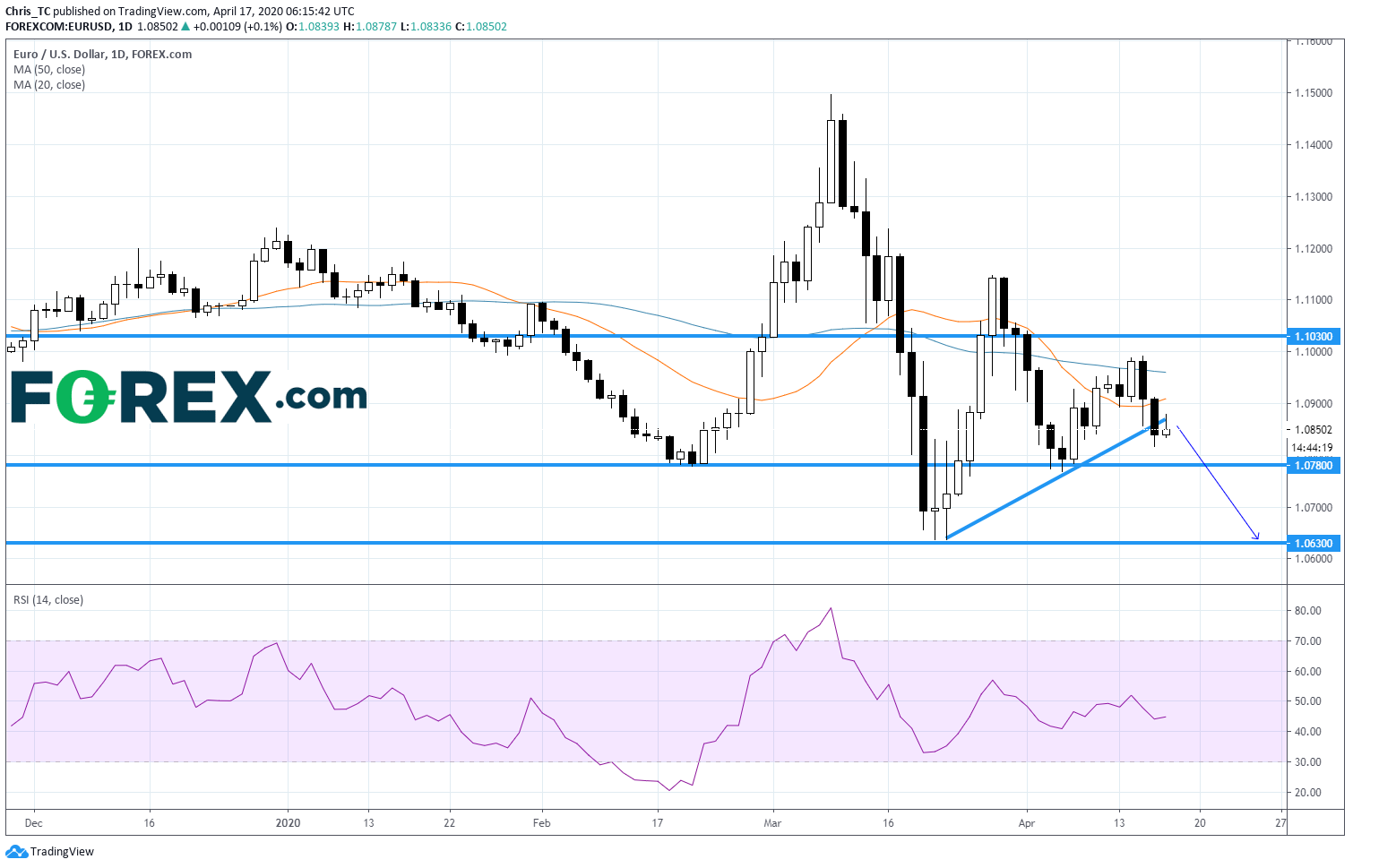