The pound’s instant reaction was a negative one, suggesting investors now think that May’s exit has either increased the odds of a no-deal Brexit or that it could mean there will be further delays in UK’s departure from exiting the EU. 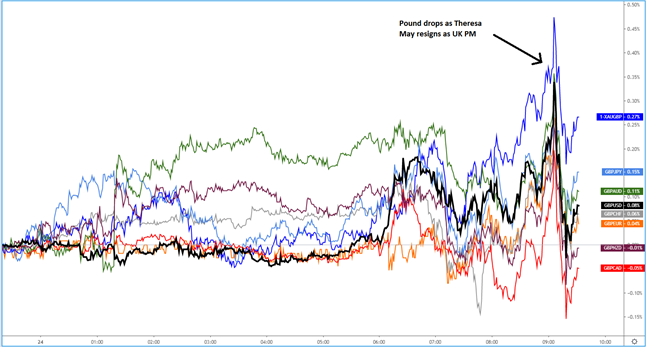