Pound off highs after big win for Tories

This is, above all, because of profit-taking.

The pound soared to above $1.35 in the immediate aftermath of the exit polls being released last night and although actual votes have more or less confirmed the big win for PM Boris Johnson’s Conservatives, sterling has given up more than 100 pips. This is, above all, because of profit-taking. Remember, sterling had been rising for weeks leading up to the elections as investors positioned themselves for a Tory majority outcome. Now that their expectations have been met, and the pound soared to the key psychologically-important $1.35 handle, it makes sense for some to book some profit. However, the path of least resistance remains to the upside and we could see renewed buying once the impact of profit-taking wears off. 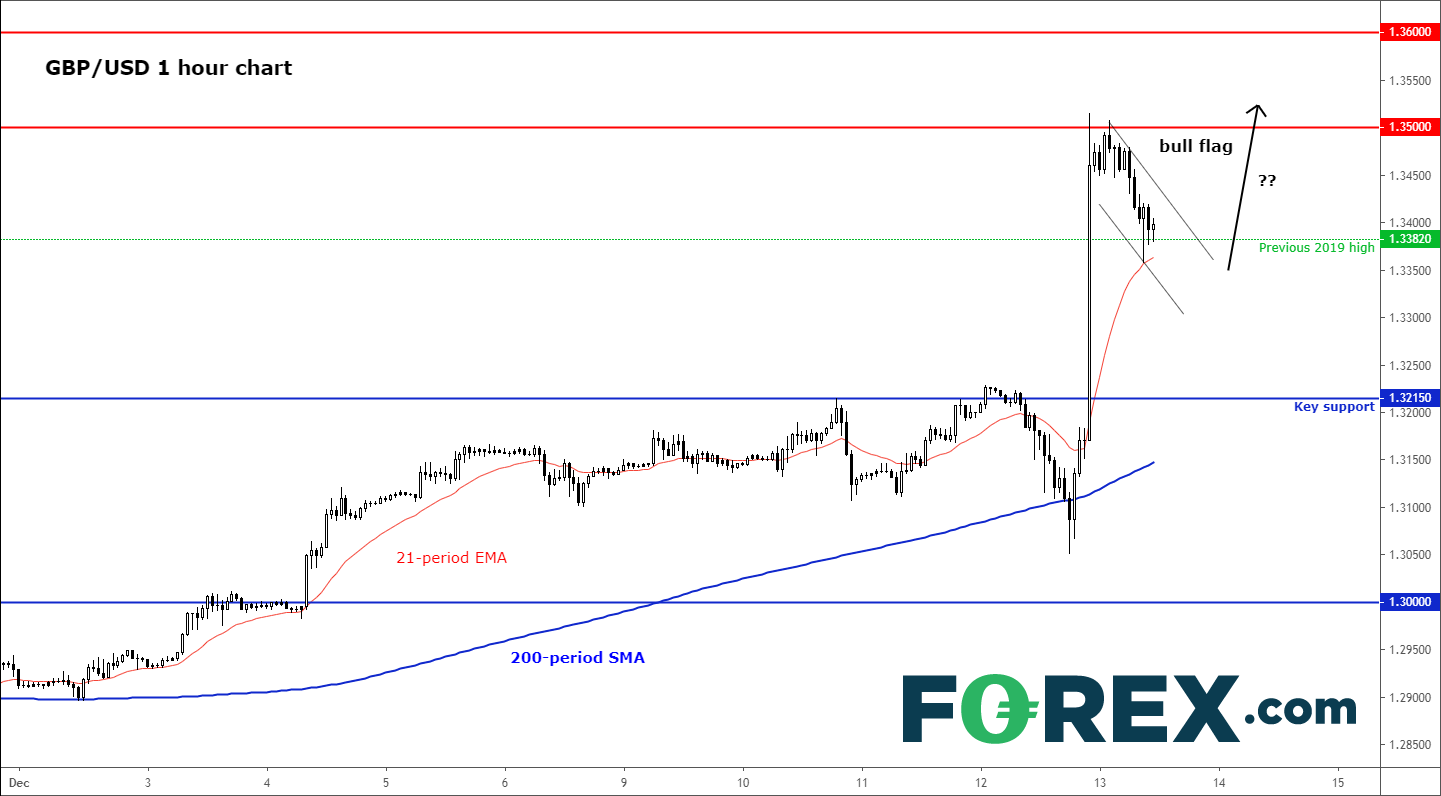 I think sterling will appreciate in 2020 as Brexit-related uncertainties recede, boosting economic growth and, in turn, Bank of England rate hike expectations. After two Brexit extensions, three and a half years since the referendum and three Prime Ministerial casualties at Number 10, some of the political uncertainty has finally ended with the Conservatives winning the majority of votes in the election. PM Boris Johnson May now finally be able to break the Brexit stalemate. If parliament does pass the Brexit deal this time around, the UK will almost certainly leave the EU on January 31.  The UK will then enter a transition period and trade negotiations will commence. Sterling could go on to reach low $1.40s in the weeks and months ahead. Investors will also be happy that a business-friendly party has been elected. But the focus will soon turn to trade negotiations, which should start in February. The negotiations could last months or even years. The longer the delay, the lower the potential upside for sterling.

The pound will also be impacted by other macro factors, which may become more in focus as the year wears on. The Bank of England will be looking for a quick rebound in UK data post elections and Brexit, since it has been these uncertainties that have led to the recent soft patch in UK data. However, if domestic data does not improve quickly, then a rate cut could be on the cards in mid-2020 regardless of the Brexit situation. But our assumption is that we may see households and businesses – who have repeatedly delayed their purchases and investments – splash the cash and boost growth. The potential for pent up demand means the economy should grow a little more robustly which in turn could support sterling’s recovery.
TAGS:
Brexit Forex GBP UK election
Share: