The correction potential is still there – barring an unexpected U-turn in risk appetite and/or a big sell-off for the dollar in response to today’s US jobs report.

Earlier this week, we highlighted the possibility for a correction in gold as the metal traded around the key $1550 hurdle. Much of what we said on Monday remains relevant today: the revival of hopes for a trade deal between the US and China, as well as reduced risks of a no-deal Brexit have helped to reduce demand for haven assets. But gold investors ignored these factors and the metal briefly broke above last week’s high by mid-week and the rise in risk appetite was evidenced instead by an upsurge in equity prices and commodity dollars. However, gold could not hang on to those gains and a sharp sell-off followed yesterday which saw the metal turn negative for the week. So, the correction potential is still there – barring an unexpected U-turn in risk appetite and/or a big sell-off for the dollar in response to today’s US jobs report.

In fact, after a 4-month rally, the precious metal looks technically overbought anyway and so a correction of some sort could be due. Assuming (and that’s a big assumption by the way, given the upcoming NFP report) gold does not stage a sharp recovery here, it will have created its second consecutive bearish weekly candle around major long-term resistance circa $1555. The metal was probing short term support around $1505 at the time of writing. If this level gives way meaningfully then the next key support comes in all the way down around $1450 on the weekly time frame. 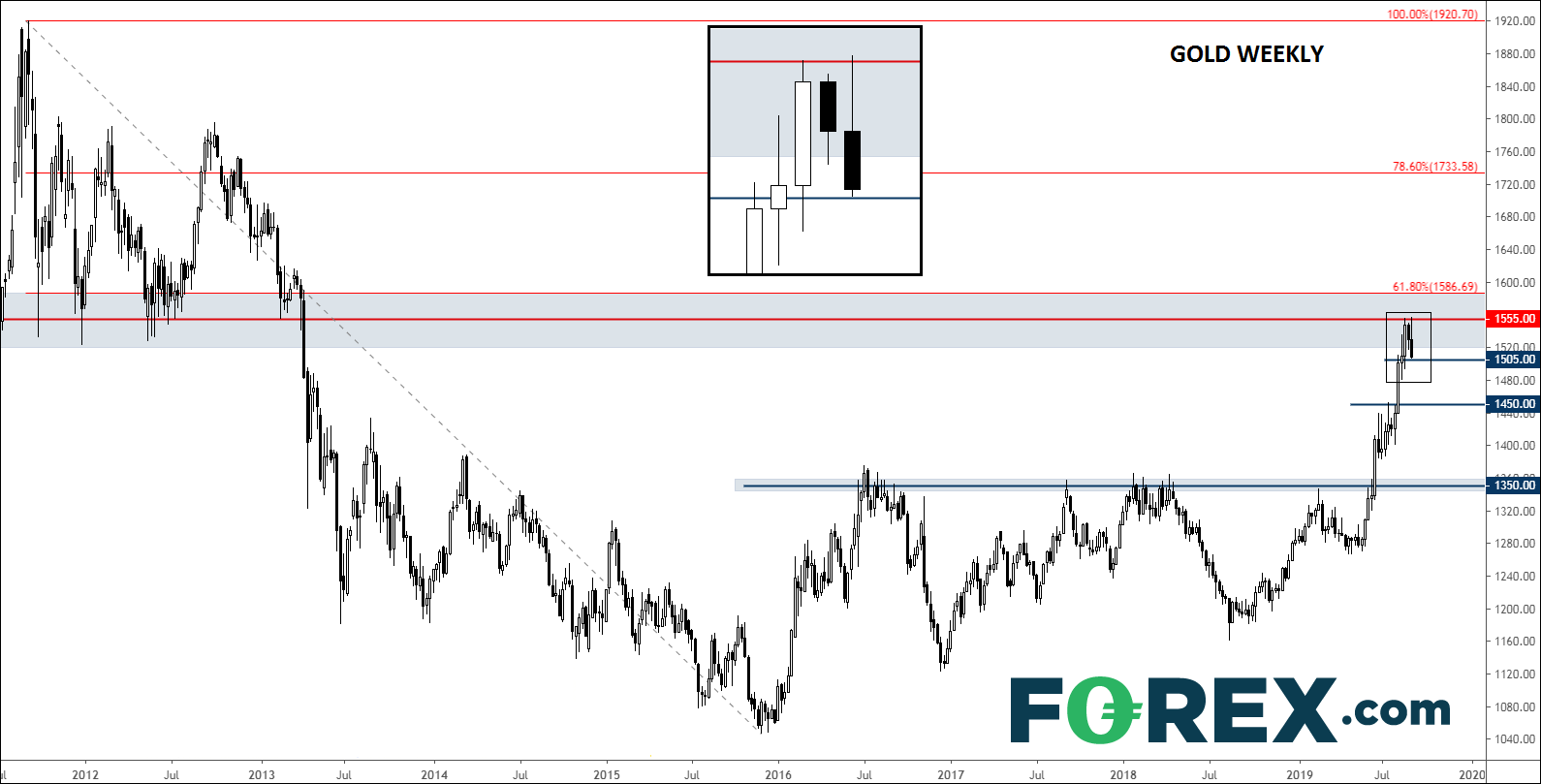