Paul Tutor Jones is a big name in the hedge fund world. So, when he speaks, people listen.

Paul Tutor Jones wants to buy Bitcoin, which Is up 25% in the last 2 weeks and closing in on 10,000!  The macro hedge fund manager, who has been trading in the 1970s, said in a letter to clients that he is buying Bitcoin as a hedge against inflation.  Central Banks have been printing money non-stop since the breakout of the coronavirus, and at some point, they are going to have to pull in the reins.  When money starts to tighten and interest rates rise (at some point), the expected result is inflation.  Jones is betting that Bitcoin, along with gold, will act as a hedge against his expected inflation.  The bet on Bitcoin is an interesting one, as the cryptocurrency has been trading in the same direction as stocks since the lows in March.

Bitcoin was already going bid into the “halving” that is expected next week since it bottomed along with stocks in mid-March.  The news of PTJ’s purchase of Bitcoin added to the surge as it heads into resistance near 10,000.  The psychological level confluences with the downward sloping trendline of the long-term triangle dating back to the highs of 2017, recent previous highs,  horizontal resistance, and the 61.8% Fibonacci retracement level form the June 2019 highs to the March lows.  In addition, one has to consider that with the “halving” approaching, could this be a “buy the rumor, sell the fact” trade?  First level of support is near 9500 (on the daily chart, not shown) 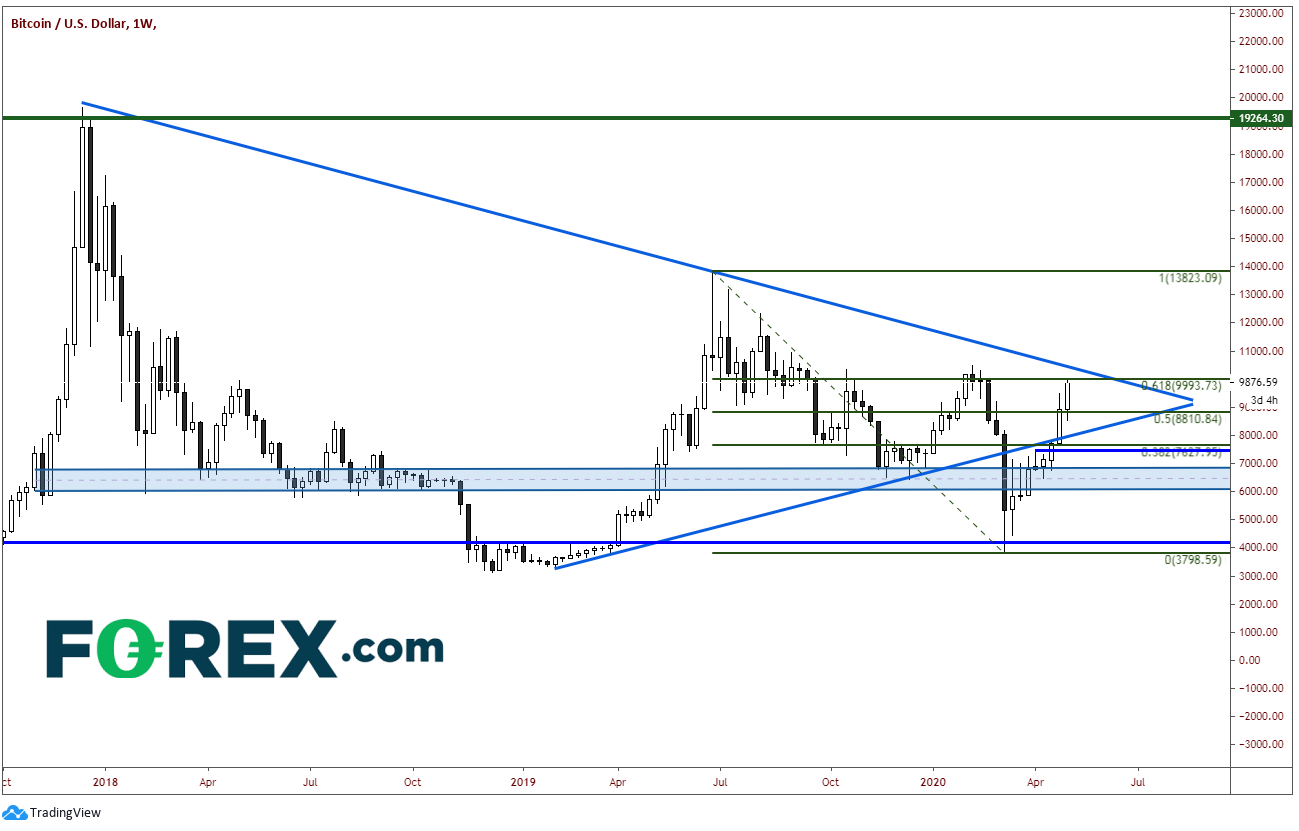 Bitcoin wasn’t the only “inflation hedge” to go bid on the back of the PTJ news. Gold is also considered a hedge against inflation.  Because Paul Tutor Jones thinks inflation is headed our way, gold was also bought, rising over 30 dollars today.  The precious metal has been consolidating in a triangle formation since early April, and with today’s move, appears to possibly be ready for a breakout to the upside.  Gold hit resistance near the day’s highs at the downward sloping trendline of the triangle near 1723.  Above that, gold could retest the April 14th highs at 1748.  1795 provides resistance in the form of prior highs from 2011/2012, and final resistance is the all-time highs at 1920.  Support is near the day’s lows of 1681.5, which is also the upward sloping trendline of the triangle. 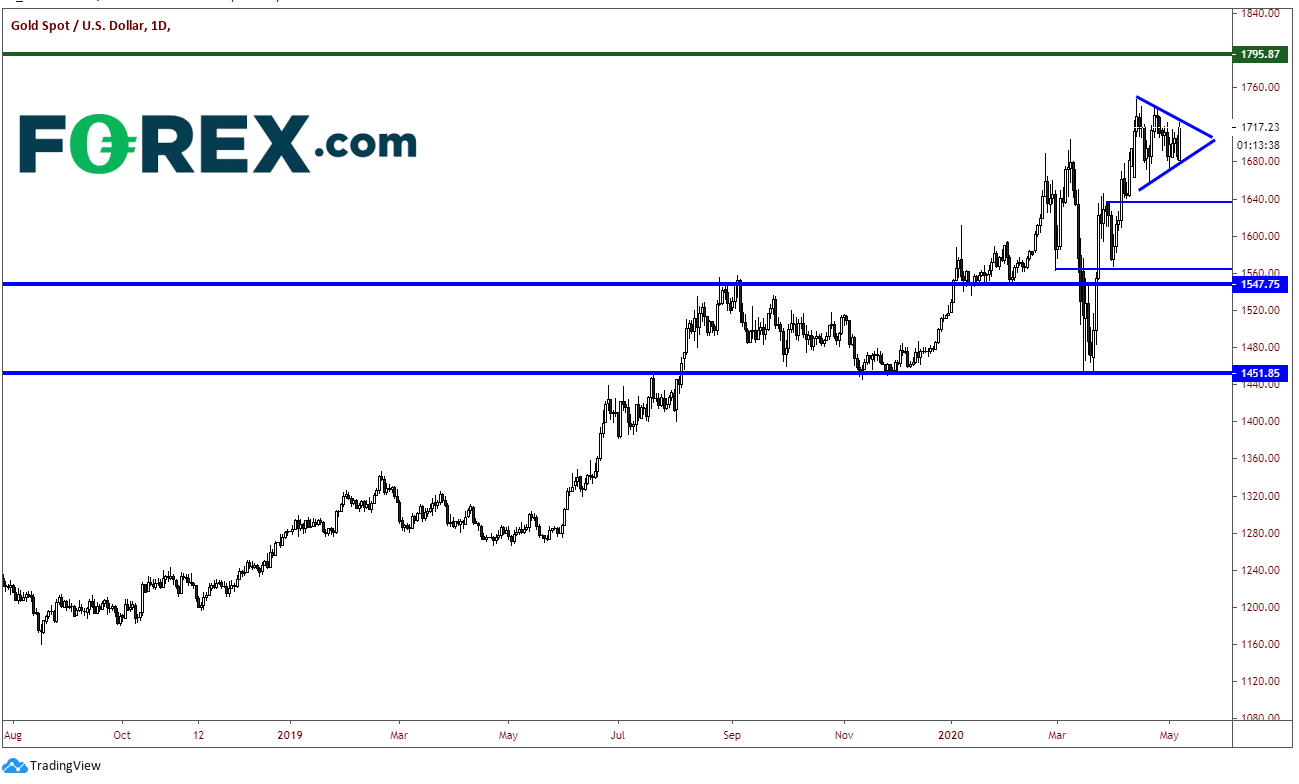 Paul Tutor Jones is a big name in the hedge fund world.  So, when he speaks, people listen.  Traders and investors will be looking for inflation hedges at some point in the future.  PTJ seems to think the future is Bitcoin and the future is already here!