The RBNZ needs to consider if they have the economic capacity to keep rates unchanged and buy time.

The Reserve Bank of New Zealand will meet in a few hours and give their decision on whether or not to move the official cash rate from record lows at 1%.  On November 13th, the market was expecting the RBNZ to cut rates to 0.75%, however they left rates unchanged, citing that monetary policy was already accommodative and that economic developments did not warrant a change.  However, they did add that rates will remain low for a prolonged period.

Economic data over the last month has been mixed.  The most recent employment change for Q4 was worse at 0% vs 0.4% expected and the manufacturing PMI for December (MoM) was 49.3, back into contraction from 51.4 in November.  However, inflation data was slightly higher and building permits for December (MoM) were up 9.9% vs -0.3% expected.  If the RBNZ feels that the economic data has been strong enough, they will leave rates unchanged.  What the central bank needs to do is the same thing as its neighbor, the RBA, has done….buy itself time!

As we discussed in yesterday’s piece regarding the double bottom in AUD/NZD, the strong employment data and strong housing data allowed for the RBA to leave rates unchanged at their most recent meeting.  This buys them time, in order to determine what the fallout from the coronavirus will be.

Since the RBNZ’s last meeting, a lot has changed in the world!!  In addition to the outbreak of the cononavirus,  the US-China Phase One Trade Deal was agreed to and signed, and the pending tariffs on China for December 15th were not imposed.  As with Australia, New Zealand is a large exporter of goods and services to China. A slowdown in China from the coronavirus will result in slower growth in New Zealand as well.  The RBNZ needs to consider if they have the economic capacity to keep rates unchanged (as the RBA did), and buy time, while they try to determine the net effects from the coronavirus. 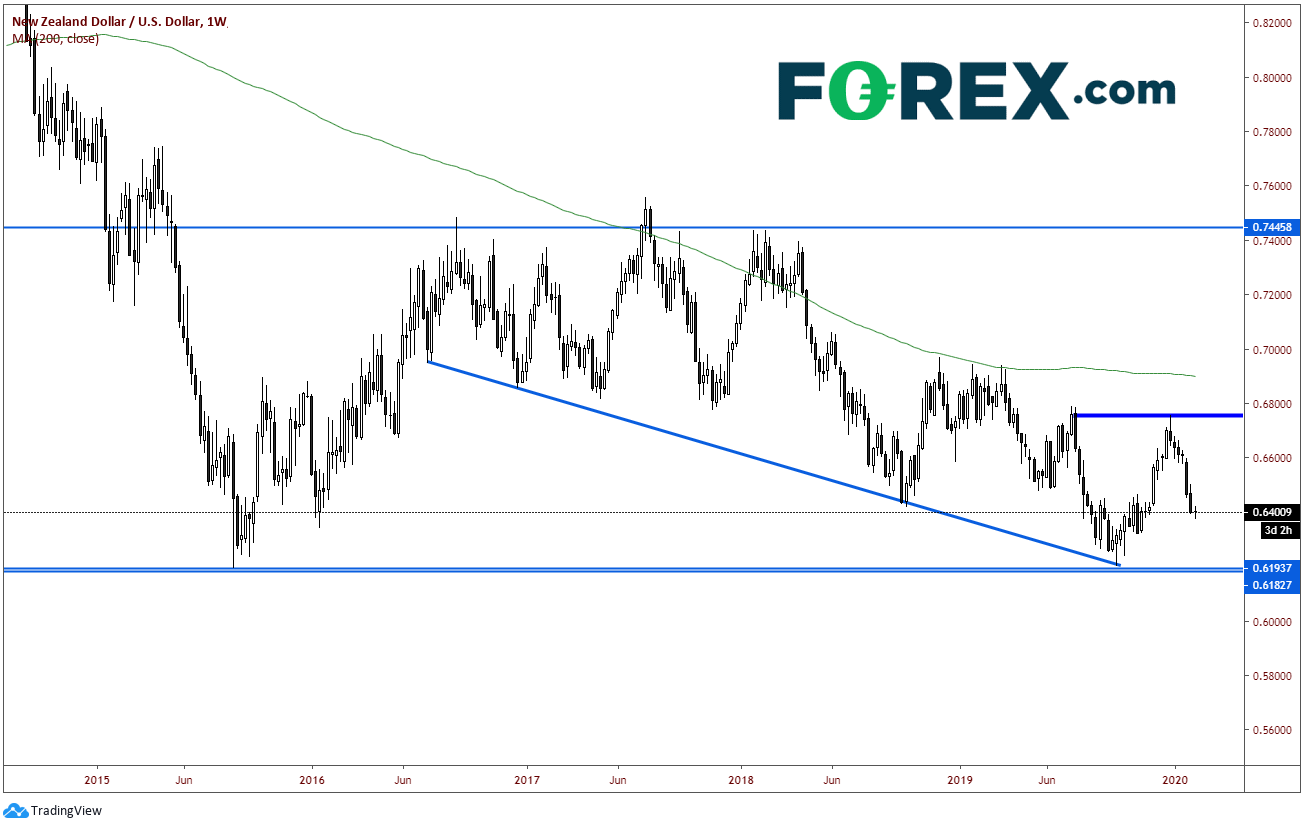 On a shorter 240-minute timeframe, price managed to breakthrough the 61.8% retracement level from the October 1st lows the December 31st highs, near .6417.  Price did manage to hold near those levels today and is currently trading near .6400.  Horizonal resistance above at .6450 and .6575.  There is horizontal support below near .6320, however the previous low at .6206 could be reached quickly if the central bank is extremely dovish. Note that the RSI has unwound and moved higher into neutral territory. 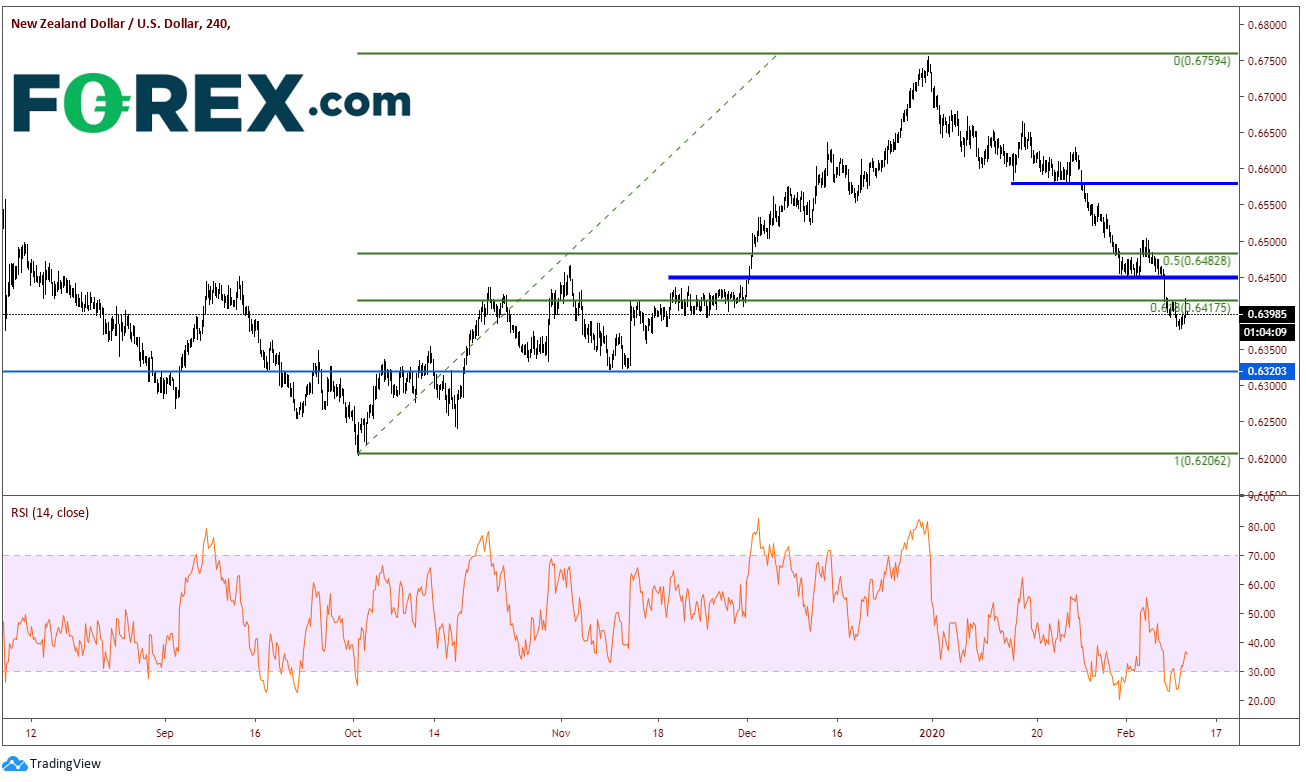 The RBNZ isn’t scheduled to meet again until March 25th, however that doesn’t mean that they can’t come out with dovish (or hawkish) comments before then, or even has a mid-meeting rate cut.  Watch the language used tonight in the accompanying statement and press conference.  This will let us know how members feel regarding the fallout from the coronavirus.